What Is a ‘Tornado Outbreak'? How Supercell Storms Caused One of Worst Outbreaks Ever

The nine tornadoes that struck the Philadelphia region July 29 are the most from a single storm system in at least a decade, and possibly much longer, meteorologists said this week following surveys of the damage.

Exactly one year ago, Tropical Storm Isaias swept through the Philadelphia region and brought with it a tornado outbreak unseen in years: Eight twisters struck and damaged homes, businesses, even a children's daycare at a hospital.

In less than a calendar year, another storm system one-upped Isaias when a bunch of "supercell thunderstorms" slammed the region and caused nine tornadoes to form on July 29.

Both of the storm systems, Isaias on Aug. 4, 2020 and last week's unnamed event, have been classified as tornado outbreaks, once-rare occurrences for the Delaware Valley that are defined as storm systems with six or more tornadoes.

"We had a number of supercell thunderstorms, which are not particularly uncommon in the region. But it was a situation where we had everything fall into place," National Weather Service meteorologist Alex Staarmann said Tuesday. "We had low-level (wind) shear supportive of tornadoes, and the storm mode of supercells."

Five teams of surveyors with the NWS's Mount Holly, New Jersey, station completed their preliminary reports Tuesday and confirmed the nine tornadoes as well as when each started and ended, and the path each took after forming. (A full accounting by the NWS survey teams of all nine tornadoes can be found HERE.)

One of the twisters was an EF-3 tornado that touched down in Bensalem, Pennsylvania, and brought winds peaking at 140 miles per hour. It was the most powerful tornado in Pennsylvania since 2004, according to the NWS.

Residents in the Trevose community of Lower Bucks County told NBC10 reporter Aaron Baskerville what it was like to live through a tornado.

Staarmann said it is too soon to connect the July 29 tornado outbreak with climate change.

"I’m not able to say that at this point. That’s something that would have to be looked at over a longer period of record," he said.

The NWS is not able to say where, over the federal agency's more than 140 years of record-keeping, the nine tornadoes in a single day rank all-time for the region, meteorologists with the Mount Holly station said this week. 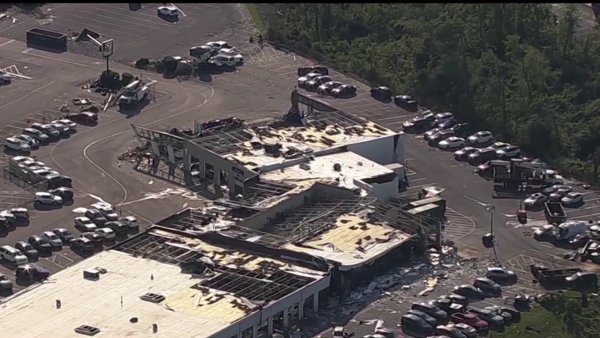 Aerial View of Damage From Tornado That Ripped Through Bucks County 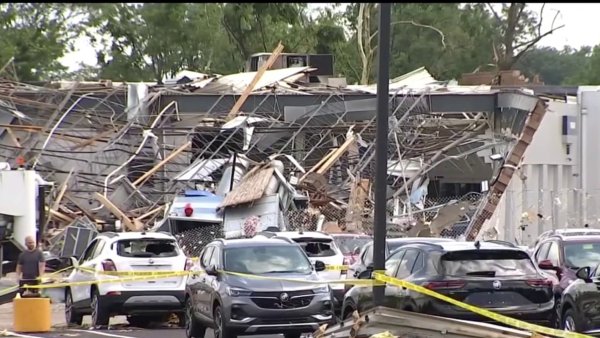 That will take more time as well, considering the surveyors' findings are preliminary until the National Weather Service's Storm Center reviews the report and certifies it a couple months from now, local meteorologists said this week. Another obstacle is that the NWS historical data isn't uniform, or as detailed, going back over the decades.

"I certainly suspect it is up there, at least in recent history, as one of the most, if not the most, in a single day," Staarmann said.

Employees inside the Faulkner car dealership in Trevose, Pennsylvania, suffered minor injuries after a tornado tore through the complex. Some employees recorded what happened as the twister hit.