What Happens When a Creek Rises from 1 Foot to 18 Feet? Ida Flooding Answered That

In the days leading up to Hurricane Ida's arrival last year in the Philadelphia region, emergency management officials gave a dire message to residents near creeks and rivers: Have an escape plan, and consider using it now. This story was originally published on Sept. 1, 2021.

EDITOR'S NOTE: This story was originally published on Sept. 1, 2021. It is being republished on the one-year anniversary of Hurricane Ida's arrival in southeastern Pennsylvania. The fears of emergency officials in the region came true as widespread flooding caused extensive damage.

In Lower Providence Township, about 20 miles northwest of Philadelphia, the emergency management chief sent a warning Wednesday morning to residents near the Perkiomen Creek: "Residents in flood prone areas are strongly encouraged to evacuate."

The creek, which flows east through most of Montgomery County before emptying into the Schuylkill River near King of Prussia, was at a depth of 1.3 feet in Lower Providence early Wednesday.

By 12 p.m. Thursday, however, it is expected to be near 18 feet, the township's emergency management official, Michael Rohlfing, said in an email alert to residents.

Rohfling said in an interview that it is strongly advised that residents who are in low-lying areas near the creek evacuate, but it is not mandatory. He added there is little to do to prepare for this type of forecasted flood.

"It’s about public awareness and waiting for the storm to arrive and responding to it," he said.

The remnants of Hurricane Ida, which slammed into Louisiana on Sunday and Monday, knocking out power to New Orleans and surrounding areas, now has its sights set on southeastern Pennsylvania, the Poconos and much of New Jersey.

Six inches of rain are expected to fall on much of Pennsylvania between Harrisburg and the Delaware River, including the Poconos. Philadelphia is forecast to get anywhere from 2-4 inches of rain, but that could change if the massive storm's trajectory moves over the next few hours.

The threat of flooding, meanwhile, will not diminish for any part of the region, no matter how the storms moves, according to the National Weather Service.

"There will be flooding to a decent extent," NWS meteorologist Nick Carr, of the Mount Holly station, said. "It’s pretty much a guarantee."

Ida has dragged itself across the eastern United States for the last couple days, but the storm has found renewed strength in the last 24 hours. Carr said storms like Ida are re-energized due to "a mid-latitude system" common in eastern Pennsylvania.

"It is getting re-energized, so to speak. It landed as a tropical storm in Louisiana, then as it goes over land, it begins to weaken. But as it gets up to our latitude, it feeds off temperature gradiants and it gets re-energized," Carr said.

The heavy rainfall will add to already saturated ground in most of the region, where precipitation over the last 30 days is well above the average for a typical August, Carr said.

The Poconos, for example, received more than 5 inches above its August rainfall average, Carr said.

The dangerous floods from Isaias sent hundreds of residents and businesses fleeing for safety in the Eastwick neighborhood of Southwest Philadelphia and Darby City in Delaware County after Cobbs Creek broke its banks.

Isaias also caused destruction in the Manayunk section of the city as well as parts of Montgomery County when the Schuylkill River flooded neighborhoods.

Officials estimated that the storm caused millions of dollars in damage in addition to leaving many homeless.

Emergency officials across the Philadelphia region were in response mode by late Tuesday as Ida approached. Perhaps, it's experience that is adding up for first responders. The area is in the midst of a historic year for severe thunderstorms and tornadoes.

In 2021, there have already been 35 tornado warnings, which is the second most in one year going back to 1994. The most in a single year during that time period? There were 36 tornado warnings in 2020. In fact, the third-highest annual total was recorded in 2019.

NBC10 First Alert meteorologists and the National Weather Service expect Ida's storm remnants to push 2021 into the lead by the time the storm departs. The experts warned that the rain and wind letting up doesn't mean it's the end of the storm's havoc. The worst of river and creek flooding usually lags behind the rainfall. 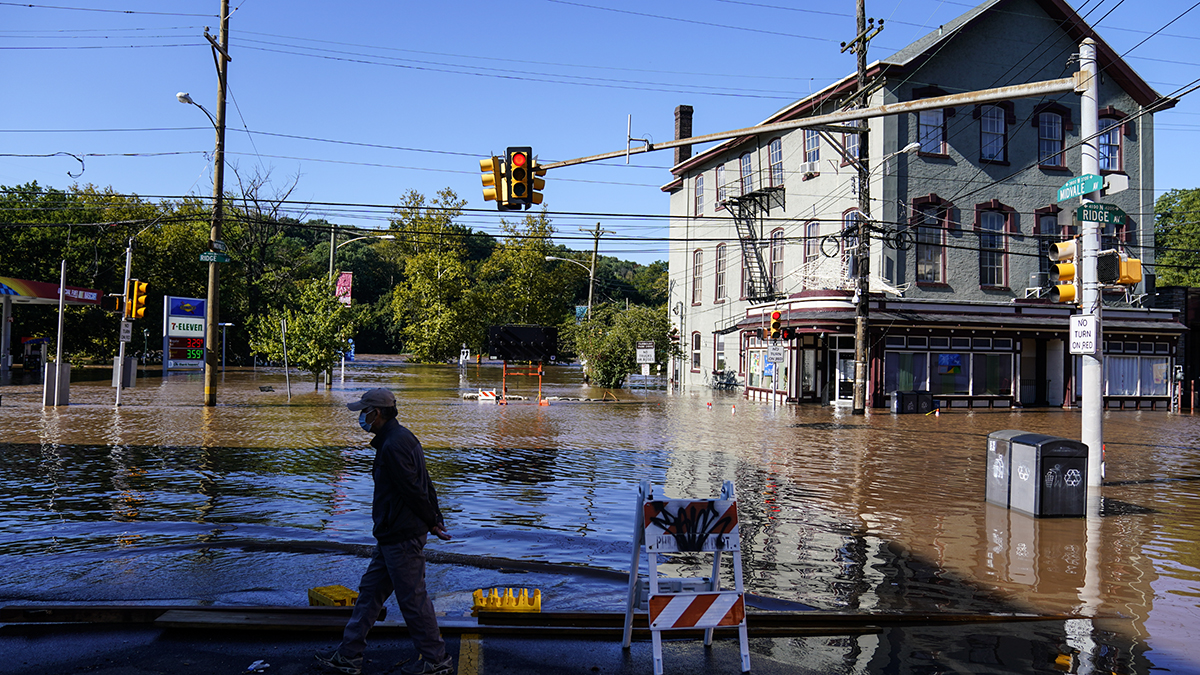 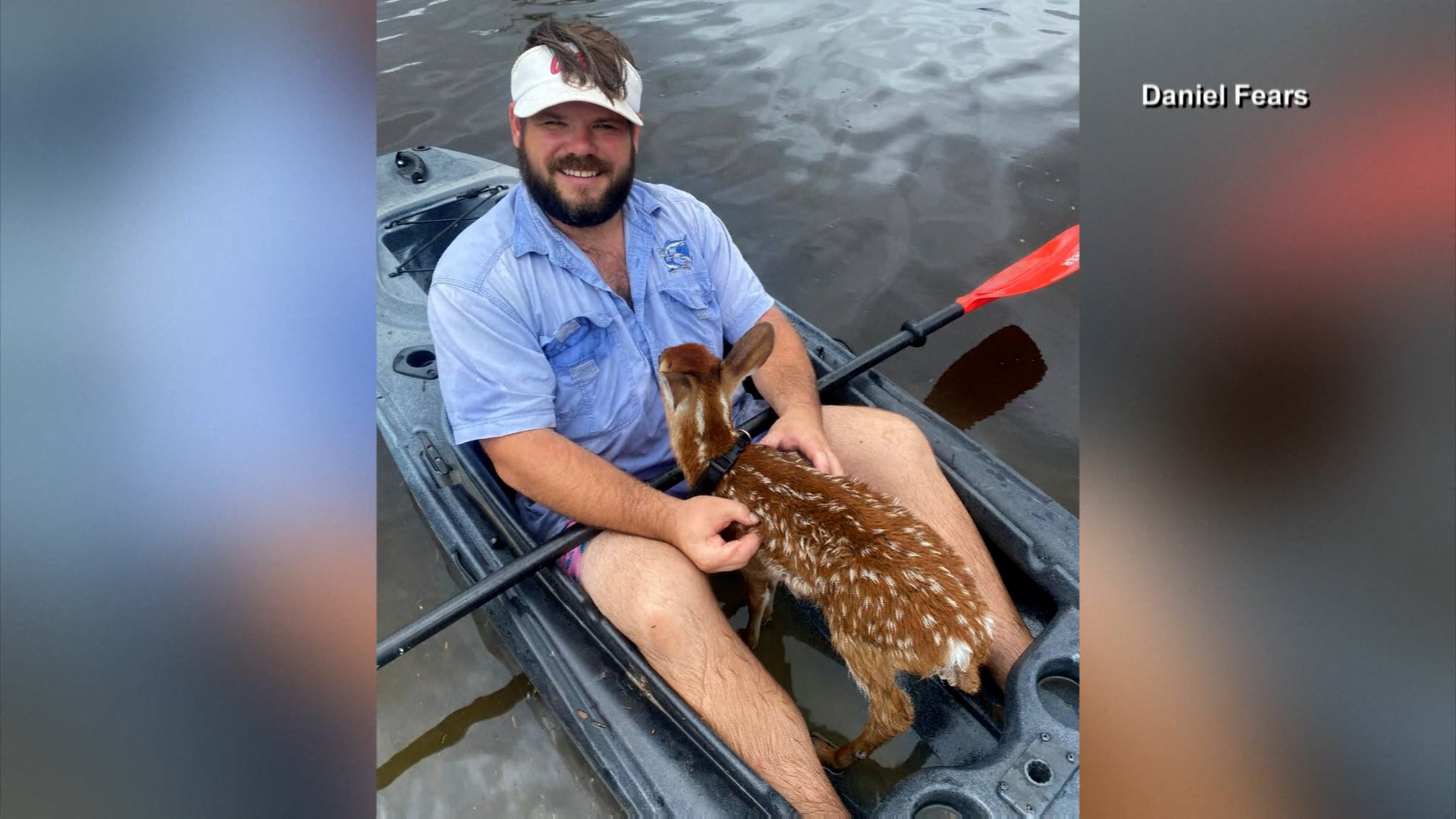 In places like Delaware County, the Emergency Operations Center ramped up Wednesday morning and a county spokeswoman said local shelters would be opened soon for residents flooded out of their homes.

The county is a microcosm of a statewide early response. On Tuesday evening, Gov. Tom Wolf has already declared a flood emergency for all of Pennsylvania.

As of 12 p.m. Wednesday, many of the creeks and rivers in southeastern Pennsylvania are now forecast to experience "major flooding" by Thursday. Here is a look, with forecasts by the National Weather Service:

The region's largest river of all, the Delaware, isn't expected to hit its flood crest until Friday, according to a forecast shared by the Yardley Borough Police Department in lower Bucks County. By then, the river could reach 22 feet, the highest in at least a decade.

"This is an extremely dangerous storm that is impacting the entire state. As we continue to monitor the conditions, I ask everyone to please stay home if you’re able," Wolf said. "If you must travel, please monitor the latest road conditions and weather updates. Please, I urge everyone to take this storm seriously and stay safe."