Snow is in the forecast multiple times in the week ahead. The First Alert Weather Team is tracking the wintry weather chances

Feeling snow fatigued? Then you aren't going to like what follows.

A cold and snowy pattern has its grip on the Philadelphia region -- leading to days of snow already since the calendar turned to February -- and it's continuing in the week ahead.

There is a chance for at least some snow in the Philadelphia region in many of the days ahead. None of the storms, however, appear to pack any big snow accumulation through the weekend. Just a bunch of small threats.

An Extended Period of Snow Chances

The current pattern is an extended inconvenience for many, but a constant nightmare for weather forecasters. In a typical winter, one clear-cut weather system moves through, the next moves in, then another. The forecast challenges are related to the timing of the storms, how much rain or snow will fall, and how cold it will get once the storms pass.

Now, there’s a very fast jet stream across the country, with super-cold air north of it. A stationary front develops along the edge of the Arctic air. As each weak disturbance moves through, it pushes the front northward a bit (toward the Philadelphia region) and that brings up some precipitation. Not a lot, but just enough to be a nuisance. Then the front bulges south a bit, and we dry out for a short time. Then the next bulge hits, and the cycle continues.

This is why there are so many “flakes” on our 10-day First Alert Weather forecast: more than we almost ever see. We try to find clear-cut dry days so we can help you plan, but this pattern doesn’t allow for much of that.

In the meantime, small snow threats will continue, and forecasts will have to be adjusted regularly. That’s because even small changes in the “stationary” front can lead to significant changes in forecast timing and snow amounts for each neighborhood. Of course, if that super-cold air plunged down our way, it would be a simple forecast: “brutal cold every day.” Simple, but unpleasant for most of us.

Here is what the NBC10 First Alert Weather Team is forecasting at this point, after a small disturbance Tuesday left an inch or two of snow on parts of Lehigh County and Northampton County.

Temps on Wednesday aren't expected to get out of the mid 30s in Philadelphia, colder in the suburbs. It's looking more likely that another storm would move in late Wednesday night, bringing with it a better chance for accumulating snow starting around midnight and going into Thursday morning.

Sinkhole Swallows Car in Philly, Gets Worse Due to Water Main Break 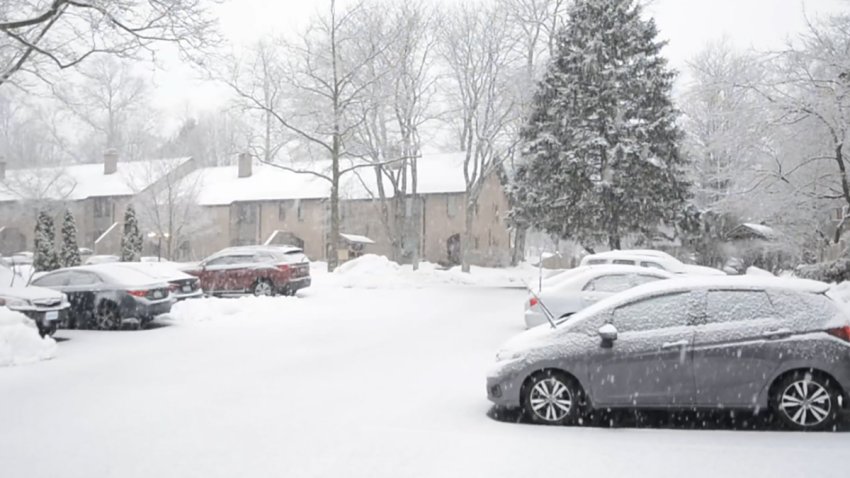 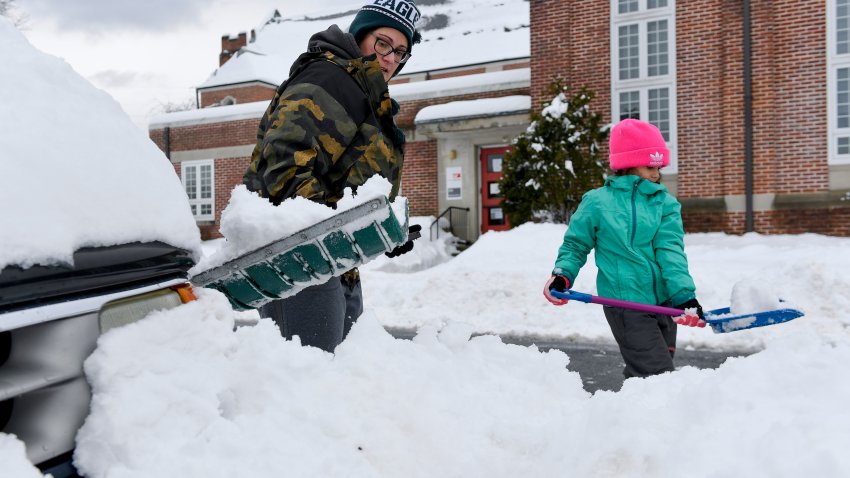 How Much Fell by You? Storm Dumps Feet of Snow on Parts of the Region

This could bring snow to a wider range of neighborhoods than Tuesday's small snow event, which mostly focused on the Lehigh Valley, Berks County and northernmost suburbs.

About 1 to 3 inches could fall before the snow moves out later Thursday morning.

Another Round of Snow Friday?

There is a chance for more snow in the region on Friday, but it's possible the system stays south of the region.

The highs aren't expected to get much past freezing any day from Thursday on, so anything that falls in Philadelphia, the suburbs and Lehigh Valley would fall as snow.

The run of snowy potential continues on Saturday and Sunday. However, like the previous storms, it's unclear at this point what, if any, the snow impact would be.

Stay Ahead of the Storms

There is much uncertainty to the storm tracks as this point, so keep checking back. Download the NBC10 app right now and continue to tune into NBC10 News on air, on Roku and on Apple TV as the First Alert Weather Team brings you the latest weather forecast.