A First Alert expired around 9 a.m. as snow began to taper off.

These April showers included snow. The NBC10 First Alert Weather Team issued a First Alert Monday for the potential of a slippery commute. The First Alert expired at 9 a.m. but slippery roads remained.

The fast-moving system arrived early Monday morning. In the Lehigh Valley they saw mostly steady snow -- some neighborhoods getting more than 4 inches of snow -- while neighborhoods closer to Philadelphia saw a mix of snow and rain that didn't leave much accumulation.

Snow began sticking to colder surfaces like grass and cars in neighborhoods north and west of Philadelphia before daybreak. There were also some slick spots reported on area roads. 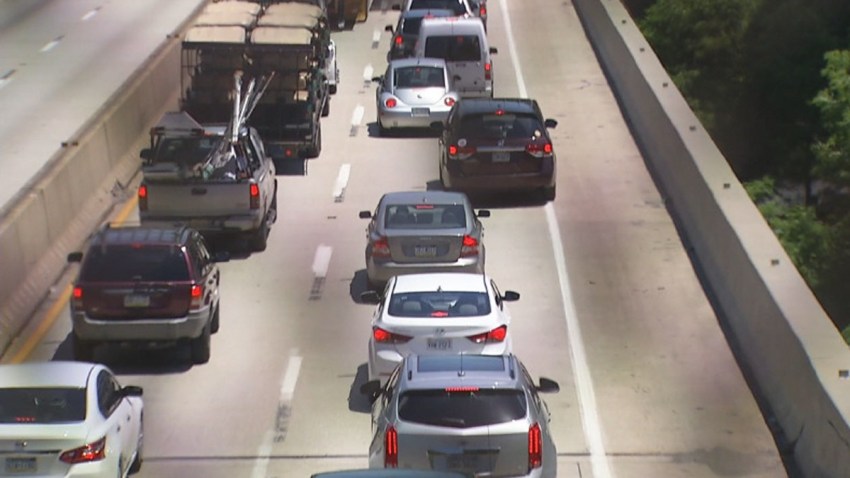 Travelers From At Least 15 States Should Quarantine After Arriving in Pa. and NJ

Some schools made the decision to open late Monday, including some large suburban districts like Upper Merion. Other districts like Nazareth and Pennridge decided to close. (Click here for the full list of school closings and delays.)

Snow falling depended on how quickly temps dipped to around freezing. By 8 a.m. the temperature hovered at freezing in Philadelphia. By 9 a.m., snow began tapering off.

While it wasn't a huge amount of snow, it hit during the toughest time to start a week, the Monday morning commute. Some accidents occurred on area roads Monday morning including the New Jersey Turnpike and I-95.

The snow mostly stuck to grassy/cooler surfaces. Roads were wet and potentially slippery. Any periodic heavier bursts of snow accumulated on roads and caused a bit of slush. Fortunately, warm spring temperatures we’ve seen have made roads warm so the melt factor is high.

The system will move out quickly from west to east midday Monday. Highs should push into the mid-40s. Temperatures will rise to the low 50s Tuesday with a chance of showers. Wednesday temperatures will reach the mid-60s but a few gusty thunderstorms are also expected. Fortunately the Phillies home opener on Thursday will be mostly sunny though highs will only be in the upper 40s.