When Can I Get the Coronavirus Vaccine?

Officials across our region say the average citizen may have to wait a few months for Pfizer or Moderna shots to protect them from COVID-19. Here's why.

We plan to update this post as more information is released on the rollout of the coronavirus vaccine.

Demand for coronavirus vaccines is high, but supply is still relatively low, leaving millions of Americans wondering when they can get their dose of either the Moderna or Pfizer products.

At the same time, logistical challenges and the holidays have led to a slow rollout and multiple states with doses in supply, not yet administering them to people. States and counties expect to increase their volume of doses administered in the coming weeks, and some have boosted their output already.

Still, after national leaders made promises of "warp speed," many are anxious to get their shots, or at least prepare. But officials across our region say the average citizen will likely have to wait a few months.

"We know it’s difficult, I get many many emails a day, people really begging to get the vaccine, and I don’t blame them...," New Jersey Health Commissioner Judy Persichilli said Monday. "Everybody will get vaccinated, we will have enough, it’s just a matter of time."

Guiding the three states in our region - Pennsylvania, New Jersey and Delaware - is the approach of the federal CDC, which breaks vaccination down into subgroups depending on their risk of spreading the virus, or of having serious illness or death. State and local governments are generally following the CDC's suggested rollout, with some tweaks (bumping teachers further ahead in line, for example).

Pennsylvania, New Jersey and Delaware have all focused on their highest-risk groups first, and officials in all three states say they're still working their way through Phase 1A.

We've received several questions on our Facebook page and at our email address where we take questions, vaccine@nbcphiladelphia.com. We're answering some of the most common questions for you, and will refine this further as officials release more information on the rollout.

What's my phase, and when is my turn?

As Philadelphia Health Commissioner Dr. Thomas Farley pointed out last week, the CDC's phases "are based on how we can maximize the number of lives we save."

Across the country, health care workers are getting vaccinated first because of the high risk that comes from treating infected patients, and potentially spreading the virus to others. Nursing home patients are also in the first phase - because elderly people are at higher risk of death or serious illness.

Phase 1B includes frontline essential workers like first responders, who can contract the virus while out on a 911 call. Small groups of frontline essential workers are getting their vaccines now, but expect a larger push to vaccinate that group (which includes educators, U.S. Postal Service workers, grocery store workers, and more) in the coming weeks.

Delaware Gov. John Carney characterized mid-January as a "sprint to 1B."

Leaders in our region say most people in Phase 1B will not receive a vaccine dose before late January or early February. Phase 1B includes people over 65 along with frontline essential workers, making it a large group. Depending on supply of doses, it will take longer to finish vaccinating this group. According to Delaware's projected timeline for the vaccine distribution, phase 1B may not conclude until May.

Officials say they are able to start a next phase before another is finished.

Right now, it's too early to give a specific date for when the general population will be vaccinated. Local officials are working with, in some cases, limited information from the federal government, limited doses, and difficulty projecting how many doses they'll have at future dates.

The size of the groups in your region varies by population. Check here to see your spot in line with our tool.

Are over-65 patients getting bumped up in line?

The federal government says it wants more coronavirus vaccinations available for more people and is changing who is eligible for the first round. Pennsylvania’s health secretary says she’ll make the changes when she sees the plan but local health experts believe the plan is flawed. NBC10’s Deanna Durante explains why.

The CDC this week called for states to begin administering doses to people 65 and older, who are part of Phase 1B alongside essential workers. We're waiting to see how states implement that order, but it's safe to say that in most of our region, that group was coming up next anyway.

Wednesday, New Jersey Gov. Phil Murphy announced vaccine eligibility was opening up for people over 65 or between ages 16-64 with serious medical conditions. The state will begin vaccinating people from this group Thursday.

"As we go to the next steps, we've got to be confident in the federal supply, and we increasingly are, particularly with the handover to the Biden administration," Murphy told NBC New York's Brian Thompson.

In Philadelphia, healthy people over 65 may have to wait longer since they are in Phase 1C, not 1B, according to the vaccine schedule the city updated Tuesday. Farley said the city's Vaccine Advisory Committee believes more lives could be saved by prioritizing people over age 75, people ages 16-64 with high-risk medical conditions and people who work in congregate settings.

"These medical conditions are common in low-income populations and minority populations. With higher rates of them in Philadelphia than elsewhere, it's a more important risk factor here, and this is one way for us to address the racial disparity in COVID mortality here in Philadelphia," Farley explained.

How do I make an appointment?

New Jersey already has a site for the general population to preregister, which you can access here. More than 1 million people in the Garden State have preregistered, Persichilli said Monday.

People who preregister will be notified when it's time for them to make an appointment. The state asks for patience as the supply is still limited and priority is given to health care workers and first responders.

Pennsylvania leaders are encouraging health care workers unaffiliated with hospitals to check for a vaccine provider here and make an appointment. The state's map lists which providers have received dose shipments and which have not. 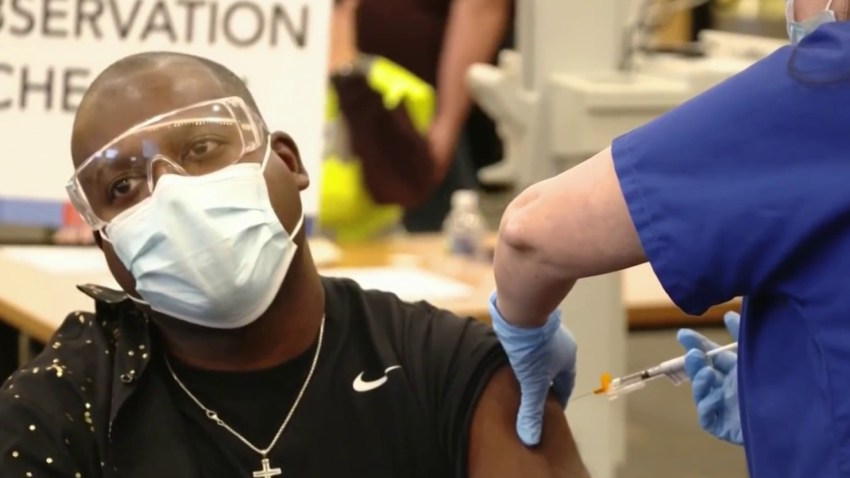 Virtua Cardiologist Who Suffered Stroke After Getting COVID-19 Receives Vaccine 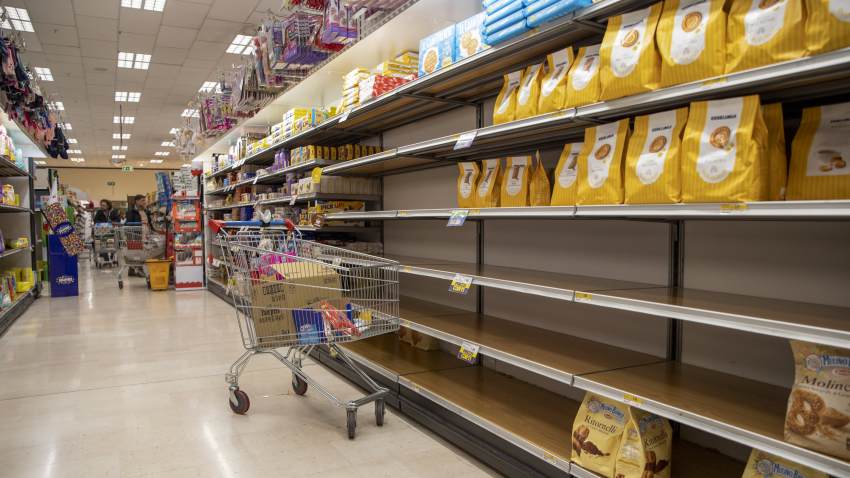 Coronavirus Stockpiling: Don't Waste Your Money on These Items, According to a Pandemic Planner

The group Philly Fighting COVID, which runs a mass vaccination site with the city health department, allows city residents to pre-register and get notified when it's their turn for the vaccine. Check out COVIDReadi for more. (This link was updated Wednesday morning)

Philadelphia residents can also sign up for a vaccination through the Black Doctors Consortium website or by calling 484-270-6200.

Montgomery County, Pennsylvania has a pre-registration page for Phases 1B and 1C. It's only for residents age 65 and older, or under 65 with a CDC-identified health condition (listed in that link) that creates higher risk for the coronavirus. The county will only accept pre-registration for people in 1B and 1C for now.

Delaware is reaching out to all health care workers who have not been vaccinated yet and will provide them with a link to reserve a spot. State officials said to expect more information in the coming weeks as they get ready to vaccinate wider populations.

"We do plan to make this super clear for people in the very near future," said Dr. Karyl Rattay, director of the state's Division of Public Health. "It’s not time yet for people over 65, but we promise that we will have instructions around those options."

She suggested checking in with your primary care provider, who may be scheduled to receive vaccine doses.

Health departments across our region have made similar statements regarding the number of vaccine doses they've received from the federal government so far. All have said in some form that their efforts will focus on health care workers and first responders until supply ramps up.

“We are excited that 1 million individuals have pre-registered for vaccination, and we don’t want to discourage anyone. But right now we have a situation where the demand is much greater than the supply,” New Jersey's Persichilli said.

Officials have said there was lag time in getting vaccine facilities set up at first, and pauses due to the holidays. More facilities have come online in the new year, particularly as pharmacies working directly with the federal government established clinics at nursing homes.

Last month, we saw hospitals begin vaccinating their health care workers. Now the push is to finish out 1A and move more fully to 1B. Some states have been vaccinating first responders who are technically in 1B.

Where will I be able to get a vaccine?

Many people are interested in mass vaccination sites, but officials have mentioned a wide variety of places where the vaccine will be offered. Pharmacies, general practitioners, even dentists may be able to provide the vaccine in the future, though their distribution of Pfizer doses will be limited if they don't have access to ultracold storage.

New Jersey is distributing the vaccine at six mass vaccination sites, which are still for health care workers only. Here are the three in our area:

Delaware has held vaccination clinics for health care workers and first responders only at its DMVs, and plans more on some weekends this month.

In Philly, a mass vaccination site at the Pennsylvania Convention Center is capable of vaccinating 1,200 people in one day. (The vaccine site is run by the health department and Philly Fighting COVID, and you can preregister using their COVIDReadi web portal.)

Jacqueline London explains the phases of vaccine distribution in Pennsylvania, and Drew Smith shows you vaccinations that are happening now for health care workers.

When it's your turn to get the vaccine, you likely won't pay anything.

The CDC says all doses paid for with taxpayer dollars are being given to Americans at no cost.

Some locations may ask for an administration fee to cover their costs of running a facility. Insurance may cover this payment.

How many people have been vaccinated?

When Could I Get the Vaccine?

Answer the questions to calculate your risk profile and see where you fall in your county's and state's vaccine lineup. This estimate is based on a combination of vaccine rollout recommendations from the CDC and the National Academies of Sciences, Engineering, and Medicine.

For a more detailed breakdown of who is included in each priority group, see this methodology.
Source: the Vaccine Allocation Planner for COVID-19 by Ariadne Labs and the Surgo Foundation
Interactive by Amy O’Kruk/NBC