Suspension happened at 2 p.m. Saturday and lasted about an hour

The Federal Aviation Administration has ended a brief suspension of flights to Philadelphia and NYC-area airports because of virus-related staffing issues.

The suspension happened Saturday at about 2 p.m. but was over in less than an hour.

Airport workers had recently told NBC10 that they did not have enough protective gear and were concerned for their health.

On Friday, Transportation Security Administration workers were not wearing masks at the airport. 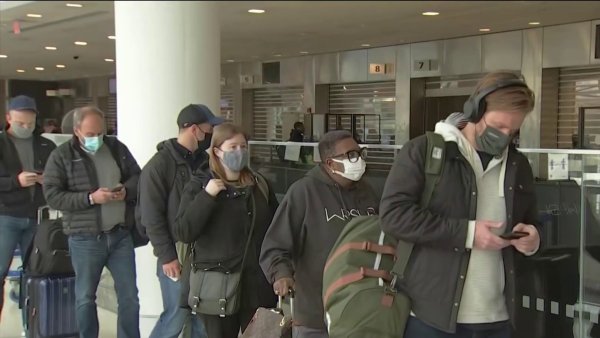 Travelers Throughout the Region Return Home

Joe Shuker, regional vice president of union AFGE (American Federation of Government Employees) and a TSA officer himself, said officers have asked for the masks but they are on backorder. He also raised concerns about the vulnerability of TSA officers who have to interact with passengers each day.

“I don’t know why we are still flying at all,” he said. “I think the airport should be shut down. Our officers are being exposed to this for it seems unnecessarily.”

The TSA told NBC10 a shipment of masks is expected as early as Saturday.