Phillies Bats Deliver for Charlie Manuel; Now If They Can Do It 42 More Times …

Charlie Manuel wanted them to have more fun.

In the stands. On the field. In the dugout. It was that kind of night for the Phillies and their fans. The Phils got a terrific outing from their staff ace and 13 hits, including three homers, from the offense on their way to an 11-1 win over Cole Hamels and the Chicago Cubs on Wednesday night (see observations). 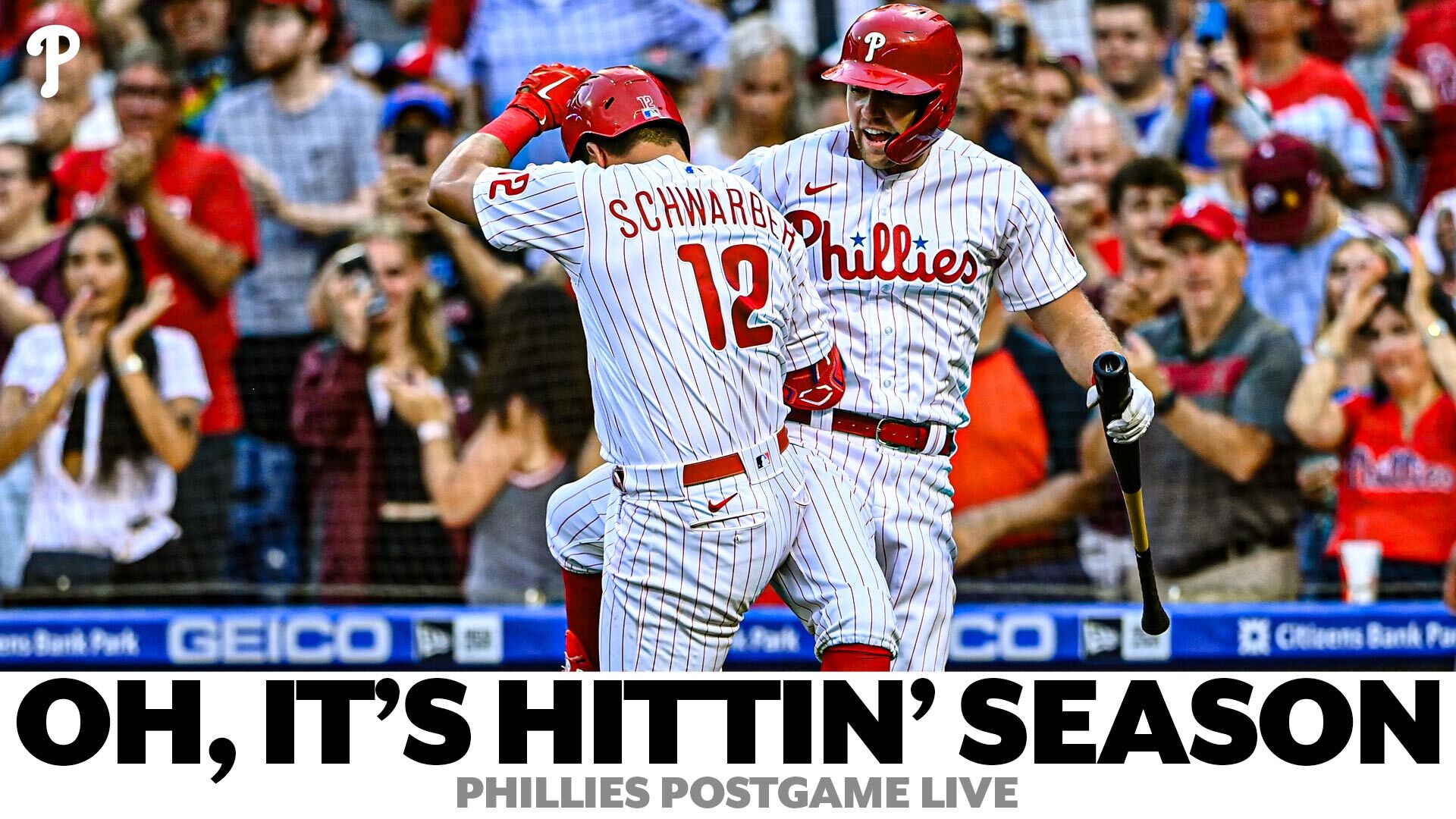 That's what the fans were chanting on Manuel's first night as the team's (very successful so far) hitting coach.

"It was an incredible energy in the ballpark and rightfully so," manager Gabe Kapler said. "Charlie has earned that kind of adulation over a long period of time. He certainly adds to that loose, relaxed vibe. He's laid-back. He believes in our hitters. I think he's going to make sure our hitters know that.

"Our hitters looked like they believed in themselves today. It's no surprise. Charlie's a great influence on our group."

He also gunned down a runner at second for the 26th time this season.

Bryce Harper had his second multi-homer game in the last week and drove in three runs. He has six homers and 11 RBIs in his last 11 games.

Harper had fun bonding with Manuel during spring training. He had more fun with Big Chuck after hitting his second homer of the game, a second-deck shot in the sixth inning.

"I took him a cup of water," Harper said with a smile. "He was working so hard and everybody was cheering his name. I think Charlie's never seen a homer he didn't like. It's fun to have him."

Manuel moved from front office adviser to hitting coach after the team fired John Mallee on Tuesday. This was Manuel's first time back in the dugout in exactly six years. He was fired from the Phillies manager's job six years earlier to the day.

Manuel was brought in to try to spark a group of underperforming hitters over the final 43 games of the season. Phillies hitters have pressed mightily in recent weeks. Before the game, Manuel said he wanted to see the hitters get back to having some fun (see story).

They followed his coaching.

Of course, getting a pitcher as good as Aaron Nola two runs in the first, two in the second (Nola had an RBI hit against Hamels in that inning) and six in the third will ease the tension on any team.

"When you score two runs for Aaron Nola, you start to get the sense you have a good chance to win the game," Kapler said. "It's not like you're doing the math or anything in the first inning, but you know giving Aaron Nola a cushion gives you a good chance to win. That certainly relaxes the group."

Nola delievered seven innings of three-hit, one-run ball. He is 6-1 with a 2.94 ERA in 16 starts at home this season.

Nola was the Phillies' first-round pick in the 2014 draft.

Hamels was the team's first-rounder 12 years earlier. This was his first time pitching as an opponent at Citizens Bank Park and it did not go well. He was hammered for nine hits and eight runs and did not get an out in the third inning.

"Give credit where credit's due," he said, referring to the Phillies' offense.

He added: "It's nice to be back. This is a great place. Great memories."

This outing won't go down as a great memory for Hamels.

But Nola sure liked his.

Especially his RBI single against Hamels in the second inning.

"I have to call Cole about that one and tell him I'm sorry," Nola said with a laugh.

The Phillies haven't swept a series since late June.

Maybe they can have some more fun Thursday night and pull one off.