New Jersey's public utilities board approved 2,658 megawatts in two offshore wind projects, adding to a 1,100-megawatt farm approved in 2019. The first turbines are expected to begin rising in mid-2023, but face federal permitting hurdles, and opposition from fishing interests and shore communities.

New Jersey cleared the way for hundreds of wind turbines off the state's coast in coming years through approvals Wednesday of 2,658 megawatts in offshore wind power.

The new power adds to 1,100 megawatts previously given the green light by New Jersey's Board of Public Utilities, which announced the projects at a special meeting. New Jersey now has signed off on the second-most offshore wind power of any state, behind only New York.

The two projects are a 110-turbine wind farm by Atlantic Shores, which is owned by European power companies Shell New Energies US and EDF Renewables North America, and a 82-turbine farm by Ørsted called Ocean Wind 2.

Atlantic Shores' farm will be located about 10.5 miles off the coast of shore towns north of Atlantic City. Ørsted's Ocean Wind 2 will be nearly 14 miles off Cape May.

But the massive amount of power still needs to get through federal permitting and navigate potential hurdles such as lawsuits from fishing interests and shore communities. None of the offshore wind farms are expected to begin construction until mid-2023 at the earliest, and the two newest projects are not expected to come online until 2027 at the earliest.

"We’ve been working very closely with all segments to ensure the fact that we are not destroying natural life out there," BPU President Joseph Fiordaliso said in an interview. "We have met and constantly meet with the recreational and commercial fishermen. We have also met with the shipping industry to ensure the turbines don't disrupt traffic."

Gov. Phil Murphy is one of the nation's strongest supporters of offshore wind as "a core strategy" to wean the country off fossil fuels. He has set an aggressive goal of 7,500 megawatts in offshore wind by 2035.

Three more rounds of solicitation and project approvals are expected in the next several years.

"I really believe we have a moral obligation to mitigate the effects of climate change, not for my generation, but for my grandchildren and their children's generation," said Fiordaliso, who was appointed president of the BPU by Murphy almost four years ago and served on the BPU since 2006. 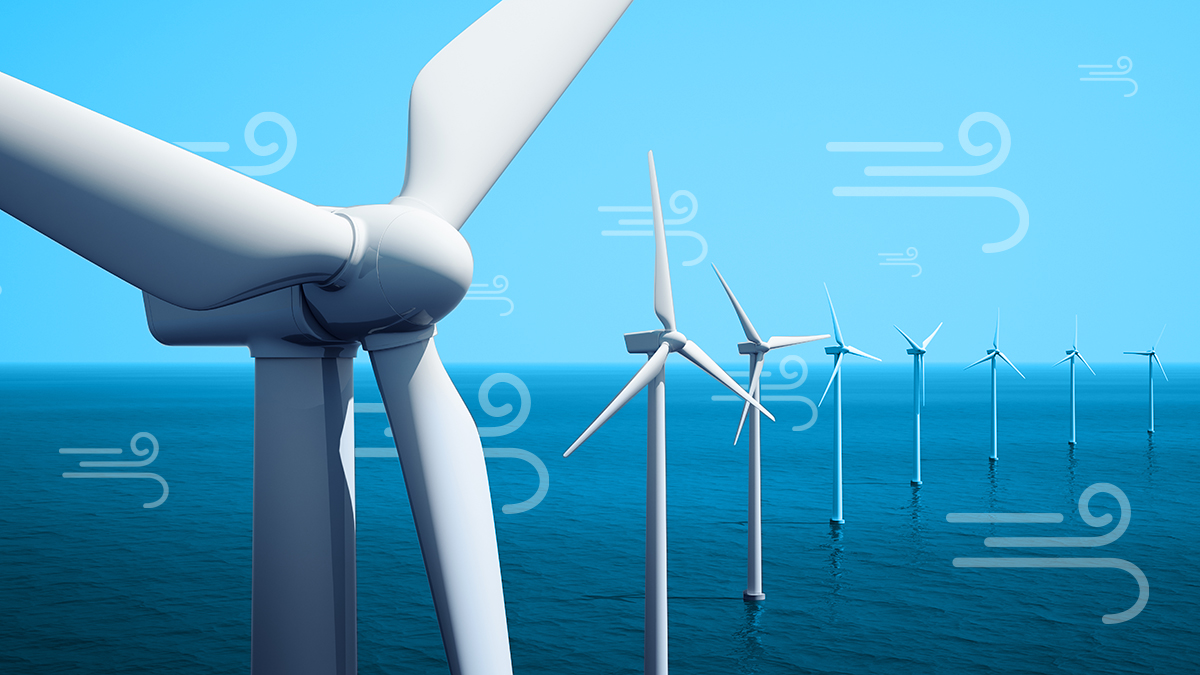 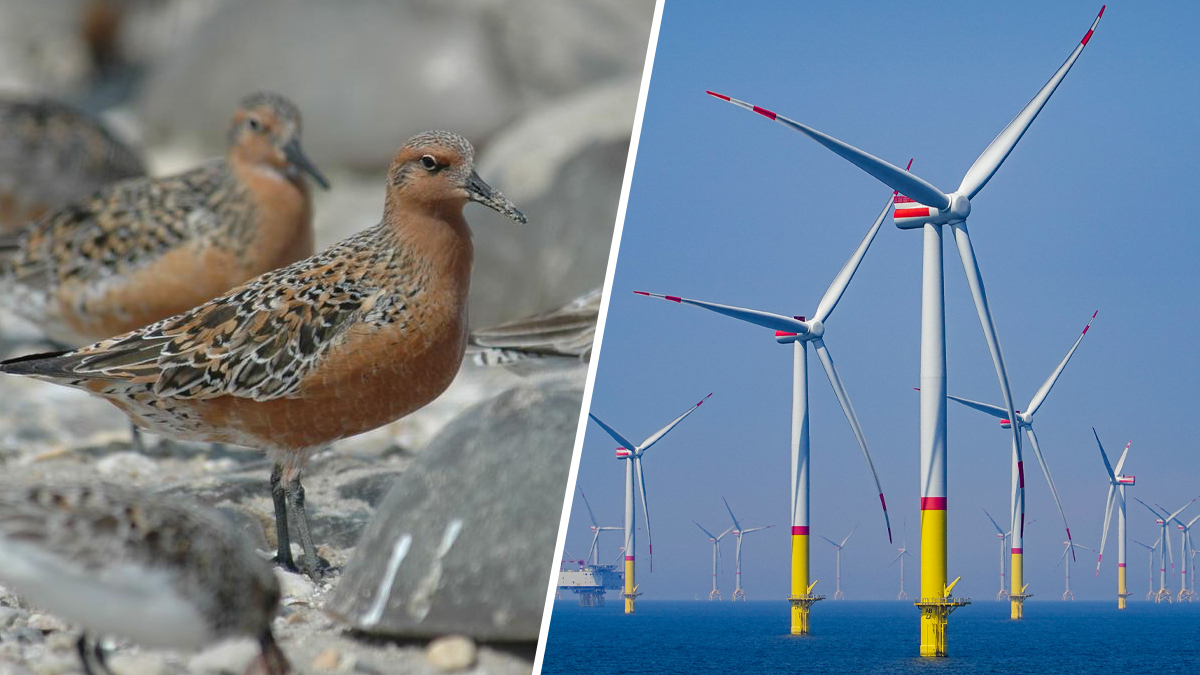 The first award in 2019 went to Ørsted and its Ocean Wind 1 project, which is planning 92 turbines off Cape May and southern New Jersey to produce the 1,100 megawatts. That wind farm is currently second in the federal government's queue of offshore wind projects under review following the Biden administration's approval in May of the Vineyard farm off Massachusetts. Ocean Wind's federal approval is expected by June 2023.

New Jersey's most recent evaluation of bids was a two-horse race that included Ørsted and it's Ocean Wind 2 bid, and Atlantic Shores, which owns a 183,000-acre lease area off the coast of Atlantic City and Long Beach Island.

Atlantic Shores submitted a few proposals ranging in size, with the largest proposal to provide 2,300 megawatts of energy, according to a spokesperson for the company.

The BPU approved Atlantic Shores to build out 1,509 megawatts. The project will use 13.6-megawatt turbines, officials said.

We are thrilled to be moving forward with our project and cementing our commitment to deliver clean, renewable power and well-paid jobs to the Garden State for years to come,” Atlantic Shores commercial director Joris Veldhoven said. “As offshore wind prepares to take off in the United States, this is a critical moment to lay the groundwork for workforce training and supply chain development. Our robust project includes a number of essential initiatives to train local workers and bring manufacturing jobs to the state that will ensure New Jersey workers and the local economy reap tremendous benefits.”

The BPU approved Ocean Wind 2 to build out 1,148 megawatts. That project will use 14-megawatt turbines, officials said. Ocean Wind 1 and Ocean Wind 2 will be placed in Ørsted's lease area.

The bids are not public, and both companies declined to provide more specifics about their proposals. Veldhoven said earlier this month that the developer has strived to work with all groups and industries that will be affected directly by the wind farms. "Through our ongoing development efforts since 2018 we have connected directly with the communities our project would power, as well as key stakeholders such as commercial and recreational fishermen, union workers, leading academic institutions and more," Veldhoven said. "We are proud that our project would deliver renewable energy to up to a million homes, bring millions of dollars in investments to local workers and leading academic institutions, enable brand-new New Jersey-based offshore wind facilities and ensure that New Jersey will become the national leader in the green economy."

Other states from North Carolina to Massachusetts are also weighing offshore projects that would power hundreds of thousands of homes. Up to 17 projects currently proposed or in consideration off the East Coast call for more than 1,500 of the Eiffel Tower-sized turbines.

Atlantic Shores announced this week that it will fund a $500,000 study of how offshore wind farms and climate change will affect surf clams in the Mid-Atlantic. The surf clam industry is one of the most valuable New Jersey fisheries, and studies have shown that the two main leases areas off the Garden State's coast are often fished by clam boats.

"Clams are patchy. You might tow for two to three miles and not catch anything, then hit a great patch two to three miles long, 100-200 foot wide, and if you stay on that patch you're able to harvest," said Tom Dameron, a former fishing captain and fleet manager at Surfside Foods in Port Norris, New Jersey. "But if you have a cable going across that patch, that patch is no longer viable."

Surfside, which is one of the largest clamming companies in the Mid-Atlantic, operates on tight margins for quahog and ocean clams, Dameron said, noting that the large wind farms could mean longer routes to and from fishing spots that drive up fuel costs and the amount of time dredging for clams.

"The clams are live when we catch them and need to be processed in a certain amount of time," Dameron said. "To be trying to fish in a wind turbine area and fishing at 50% capacity, you’re not staying out there twice as long. So you’re coming in with half, and the economics are very tough."

Some residents in shore communities are also banding together to push back on the turbines, which they believe will be visible from the beaches, particularly on Long Beach Island and to the south of LBI.

"The proposed project will be the most visible modern wind project in the world and will appear as a massive ‘wall’ of industrial structures running the entire length of LBI," Bob Stern of the Long Beach Island Coalition for Wind Without Impact wrote in a letter to the BPU. "That visual effect will cause serious, adverse socio-economic impacts to the Island’s tourism, rentals, and property values."