A new study of the red knot, which famously flies from South America to the Canadian Arctic, will determine the migratory route along the Jersey Shore.

They are called "moon birds" because their annual migration from South America to the Canadian Arctic can add up over a lifetime to the distance between the Earth and the Moon.

During that 18,000-mile round trip each year, the birds officially known as red knots make a pit stop at the Delaware Bay to feed on horseshoe crab eggs. It's an essential stop for the red knots if they are to make it all the way to their breeding grounds in the Arctic, like a bathroom break at a New Jersey Parkway rest stop while heading down the shore.

Now, a new study of the birds will endeavor to determine whether planned off-shore wind projects destined for New Jersey's coast later this decade will affect the red knots' flight plans.

"The bird is big enough and the technology is good enough that we can put satellite tags on them," said Paul Phifer, the permitting manager for Atlantic Shores Offshore Wind, a leading contender for New Jersey's second wind farm.

Phifer, a former regional director with the U.S. Fish and Wildlife Service, said Atlantic Shores is working with Dr. Larry Niles of New Jersey-based Wildlife Restoration Partnerships to determine where red knots fly through the region, whether it's very close to shore or farther out over the ocean.

“Building a truly green future requires that renewable energy projects are held to a high standard in terms of ecological impact,” Niles said in a statement. "I’m encouraged that Atlantic Shores approached me to launch this study, both to inform their plans for offshore wind in New Jersey and to further our knowledge of red knot migratory patterns."

The red knots' flight path is one of numerous analyses needed to determine the the best location for off-shore wind turbines. Several plans have been submitted by companies expected to erect wind farms off the Atlantic Seaboard in the next decade. Seven different proposals for projects stretching from the Carolinas to New England are being evaluated by the U.S. Bureau of Ocean Energy Management.

New Jersey already has taken the lead on off-shore wind farm projects, with one project already in the works and another round of bidding later this year for a second project.

He also signed off in June on the construction of a massive manufacturing hub for wind turbines in South Jersey. State officials hope the site will become the epicenter for North American turbine construction. 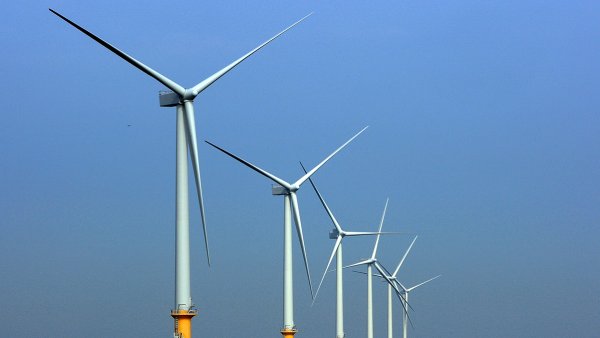 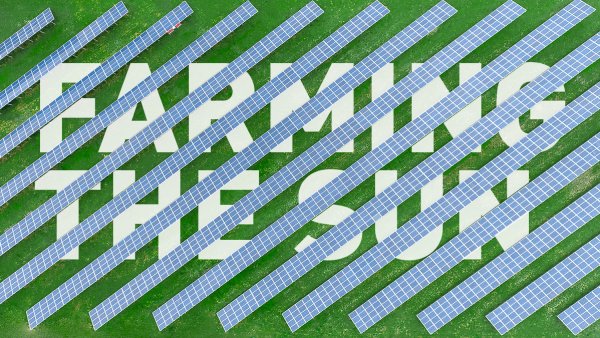 Danish clean energy giant Ørsted received the first approval from New Jersey and the federal government last summer to move ahead with a wind farm. It will be built about 15 miles off the coast of Atlantic City and Cape May.

That wind farm, called Ocean Wind, will provide 1,100 megawatts of clean energy and is expected to start operations by 2024.

"We have set the stage for New Jersey to become a global leader in wind energy, and now we're seizing it with the creation of the nation's VERY FIRST purpose built offshore wind port," Murphy said in a tweet following his announcement of the turbine manufacturing hub in Salem County.

A Lancaster County farmer leased 30 acres of his land to a renewable energy company in 2012. For a few years, Community Energy’s solar farm was the largest in Pennsylvania. Farmland in Pennsylvania could help the state reverse its slide to the rear of the clean energy movement.

Atlantic Shores, meanwhile, is vying for a second permit that the New Jersey Board of Public Utilities will issue by June 2021. The company is a 50-50 partnership between Shell Energy North America and EDF Renewables North America.

The second permit for a wind project off New Jersey will seek a company that can provide as much as 2,400 megawatts through the turbine farm.

"Using lessons learned from our first successful solicitation of 1,100 MW, we are very excited to move forward with our second offshore wind solicitation which could bring the state up to a total of 3,500 MW of offshore wind energy,” NJ BPU President Joseph L. Fiordaliso said in July. "Offshore wind is the linchpin of our clean energy program and will help us reach Governor Murphy’s goal of 100 percent clean energy by 2050, build an innovation economy, and combat the impacts of climate changes."

The red knot study by Atlantic Shores is part of a broader look at the environmental impact that wind farms off the Jersey Shore will have.

“Atlantic Shores leads with science. Proactive studies like these allow us to produce renewable energy based on cutting-edge, real-time environmental data,” the company's development director, Jennifer Daniels, said. “The red knots study is one of the many ways we intend to use data and insights from the scientific community to responsibly develop our Lease Area."

The red knots are listed as an endangered species in New Jersey and are federally protected under the Migratory Bird Treaty Act. Their stop at the Delaware Bay is so crucial to their migration because they grow as much as two times their normal size while feasting on the horseshoe crab eggs.

That extra weight provides the energy needed for the rest of the journey to the breeding grounds in the Canadian Arctic.

However, that source of nutrients has become less stable in recent decades, according to the Audubon Society and published reports.

"Overharvesting of horseshoe crabs along the central Atlantic Coast has led to a sharp reduction in this food source for migratory shorebirds, and Red Knots seem to have been hit hard by this," according to the Audubon Society.