Fire damaged a row of stores and some apartments along Kensington Avenue near McPherson Square and the Market-Frankford El early Monday. Other fires were reported around the city.

A series of fires at commercial properties sparked in Philadelphia Monday morning after another night of looting, vandalism and unrest in the city.

Fire tore through a row of stores along the 3000 block of Kensington Avenue, near McPherson Square, in Philadelphia’s Kensington neighborhood around 12:30 a.m.

Firefighters got the flames – which consumed a Rent-a-Center, other stores and some apartments – under control before it spread to homes on nearby blocks. Luckily no one was inside the apartments and no injuries were reported, firefighters said. 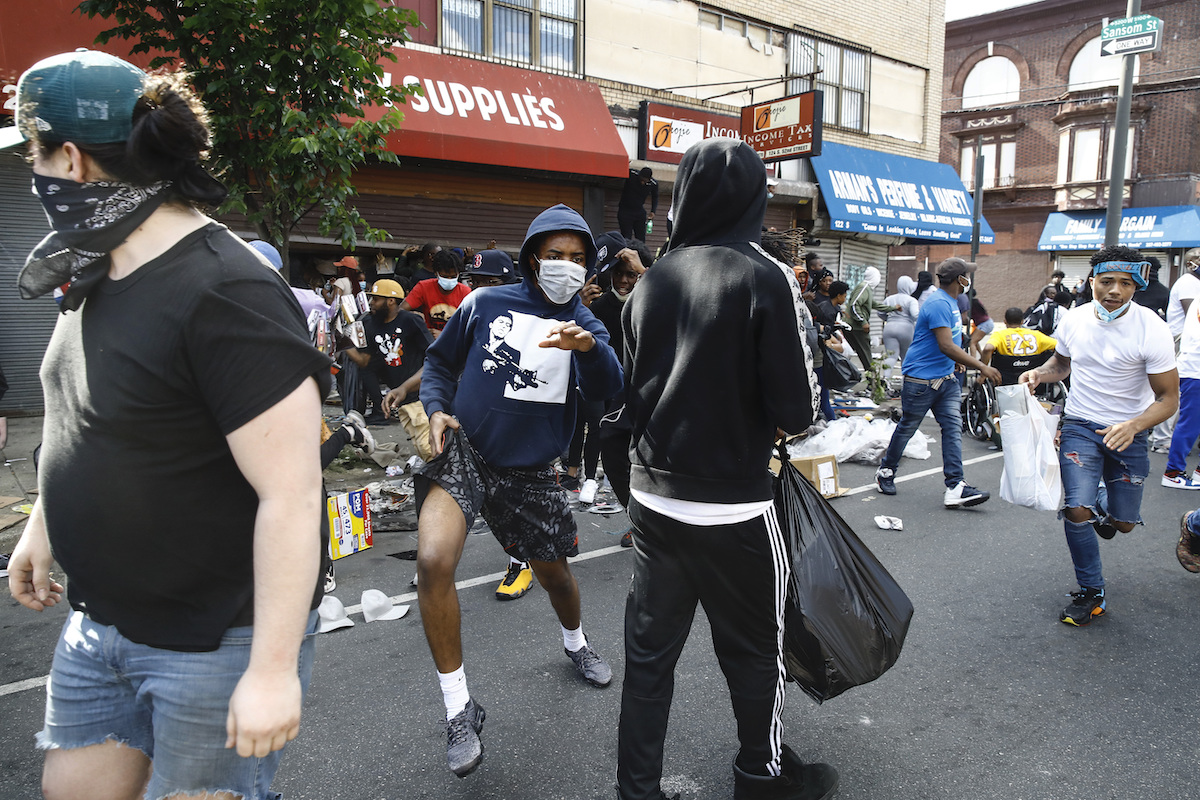 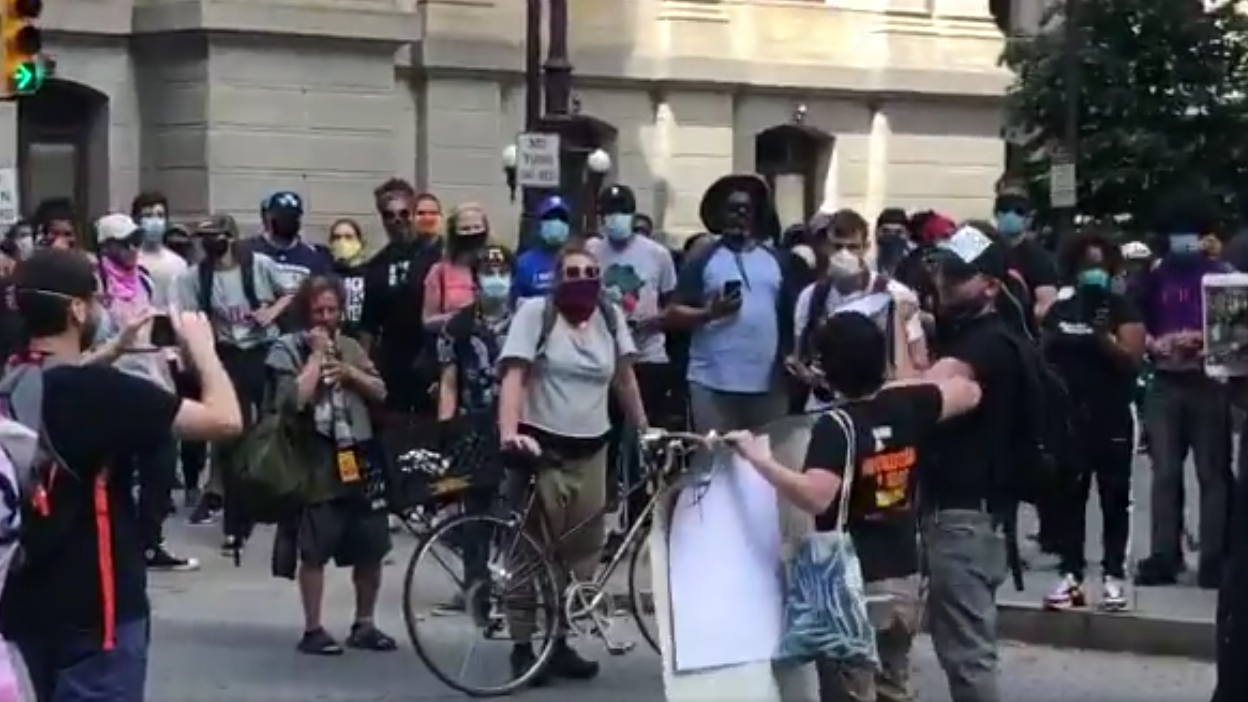 ‘You're Not From Philly': Peaceful Protesters Debate Tactics in Center City 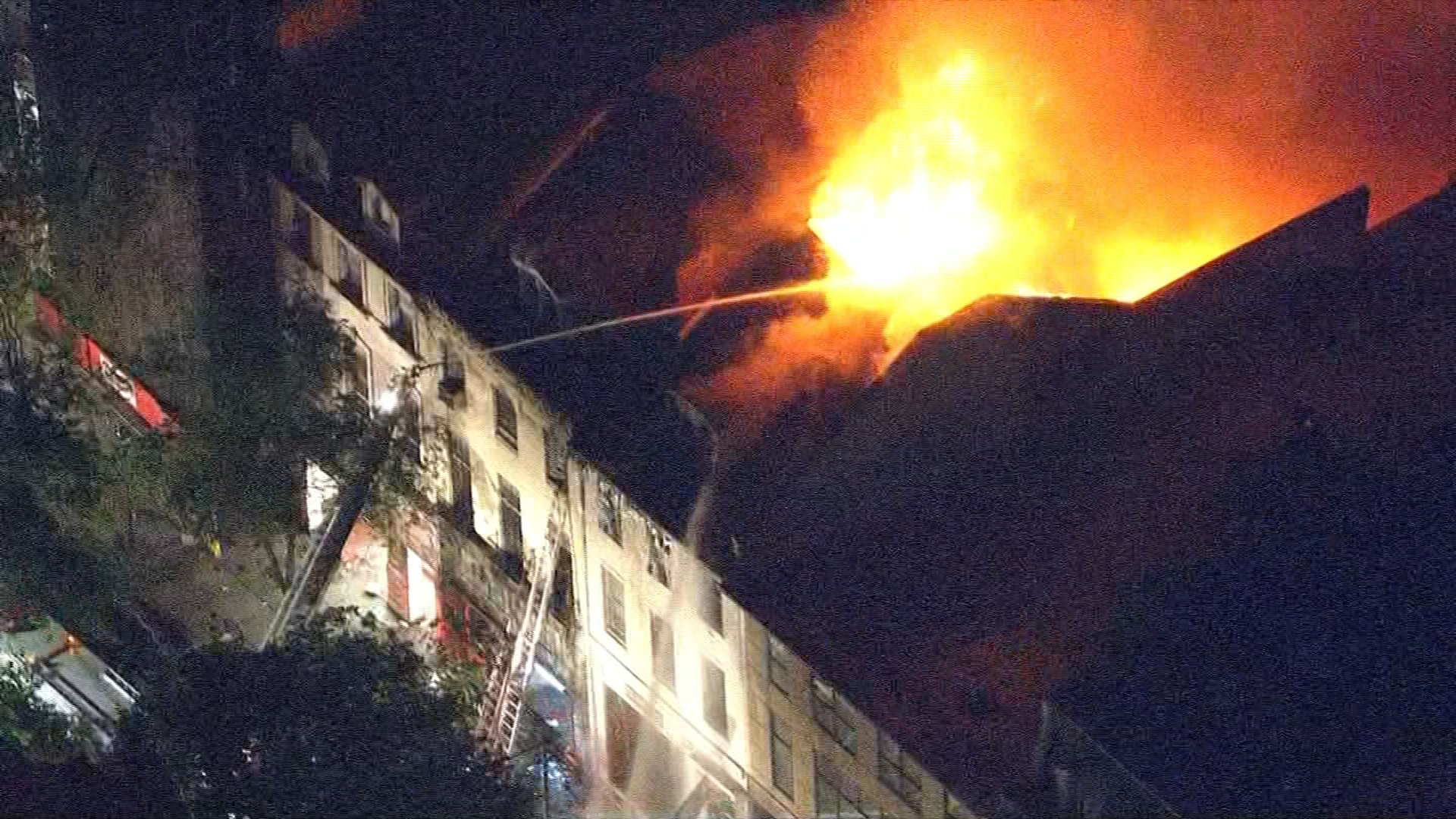 The fire took place near where looting and break-ins were reported overnight.

A mixture of peaceful protests and dangerous confrontations sprung up across Philadelphia neighborhoods throughout Sunday and into the night as people joined nationwide unrest sparked by the death of George Floyd, the unarmed black man who died after being pinned by a white police officer in Minneapolis.

As day broke, firefighters could be seen dousing hot spots in the shadow of SEPTA’s Market-Frankford El.

Fire Commissioner Adam Thiel said it was too soon to know if the fire was intentionally set. He praised his firefighters for keeping the flames from jumping to nearby homes.

SEPTA shuttled passengers between the Berks Station and Frankford Transportation Center due to the fire. There is concern because some of the burned building collapsed onto the tracks, so SEPTA will check to see if the tracks are structurally sound before running trains again.

The Kensington fire was just part of a series of blazes around the city Monday morning.

Around 7 a.m., a fire sparked at a commercial building at North Broad Street near Chew Avenue in North Philadelphia. The fire went to two alarms as firefighters battled the flames, bring it under control around 8:45 a.m.

A U-Haul truck could be seen burning near 26th and Fletcher streets in Strawberry Mansion after daybreak. Earlier in the morning a car was burning at 57th and Bellmawr streets in Overbrook.

“We’re used to going nonstop, we’re one of the busiest fire departments in the nation, so that helps,” Thiel said at the scene of the Kensington fire. “We hope people will stay at home, follow the curfew and stay safe.”

On Sunday alone, there was 24 working fires and 223 fire incidents in Philadelphia, the fire department tweeted.