New Jersey Gov. Phil Murphy is also strongly discouraging nonessential travel from 8 p.m. to 5 a.m. in the Garden State. Those who have tested positive for COIVD-19 in the state now include people ranging from ages 5 to 93.

New Jersey Gov. Phil Murphy is calling for the closure of the state's casinos, gyms and movie theaters and strongly discouraging nonessential travel as the Garden State looks to curb the coronavirus outbreak.

Murphy announced the closings on a call with fellow Democratic Govs. Andrew Cuomo of New York and Ned Lamont of Connecticut, who are calling for similar closures in their states as part of a regional response to the virus. Pennsylvania Gov. Tom Wolf later joined his fellow governors is calling on nonessential businesses to close.

On Tuesday, the Camden Diocese announced that all weekday and Sunday Masses are being postponed until further notice in response to the new coronavirus outbreak. Bishop Dennis Sullivan said that priests will celebrate Mass in private to continue with the Eucharist.

"Since the Eucharist is the source and summit of our Christian life, all priests in the Diocese of Camden must celebrate Mass privately for the good of the Christian faithful entrusted to their care and in satisfaction of the intentions of those who have made an offering for Mass," the diocese said in a news release.

Other Catholic celebrations and services could be changed. A full list is available on the Camden Diocese's Twitter.

On Monday, New Jersey's positive cases for COVID-19 jumped to 178 total, according to the state health department. The number was 98 as of Sunday.

Theaters, gyms and many retail locations across New Jersey will shut their doors for at least two weeks starting at 8 p.m. on Monday. Residents are bracing for the major changes to everyday life. NBC10's Brandon Hudson reports.

Casinos were quick to respond. Caesars Entertainment, which owns the Atlantic City casinos Caesars, Harrah’s Resort and Bally’s, said all hotel reservations would be cancelled from now through April 2 and any pre-payments would be refunded.

Caesars said it would pay employees two weeks of pay and that benefits will not be interrupted. Hard Rock Hotel & Casino Atlantic City also said it will continue to pay full-time and part-time employees until March 29.

The Borgata said all full-time employees will be paid for two weeks, and those currently enrolled in an MGM Resorts Health Plan will continue to have coverage up to June 30.

The new cases are mostly in North Jersey, but among the ones announced Monday were one person in Burlington County, one in Camden County, five in Mercer County and one in Ocean County, state health officials said. The youngest person to test positive of the 178 in the state is just 5 years old, the oldest is 93 years old, New Jersey Health Commissioner Judith Persichilli said.

Murphy said he is mobilizing the National Guard to help out as needed.

New Jersey Gov. Phil Murphy announced Monday that all schools, colleges and universities will close amid the coronavirus outbreak. All nonessential retail and entertainment venues will also shut down.

Murphy and his fellow governors also said they would prohibit gatherings of 50 or more people, lining up with federal Centers for Disease Control and Prevention recommendations.

"This is not time for business as usual," Murphy said.

Restaurants and bars will also close to dine-in patron and can only do delivery and takeout.

PATCO also said it would spread out train service, with slightly longer waits between trains.

"These establishments will be provided a waiver for carry-out alcohol," a news release from Murphy's office said.

The three governors gave no timetable for when things will reopen.

Malls and barbershops must close by 8 p.m. daily, but weren't covered in the closure order. Warehouses will be allowed to continue as normal to allow the supply chain to continue, Murphy said.

Murphy is "strongly discouraging" nonessential travel from 8 p.m. to 5 a.m. starting Monday night. He stopper short, however, of calling this travel suggestion a curfew. 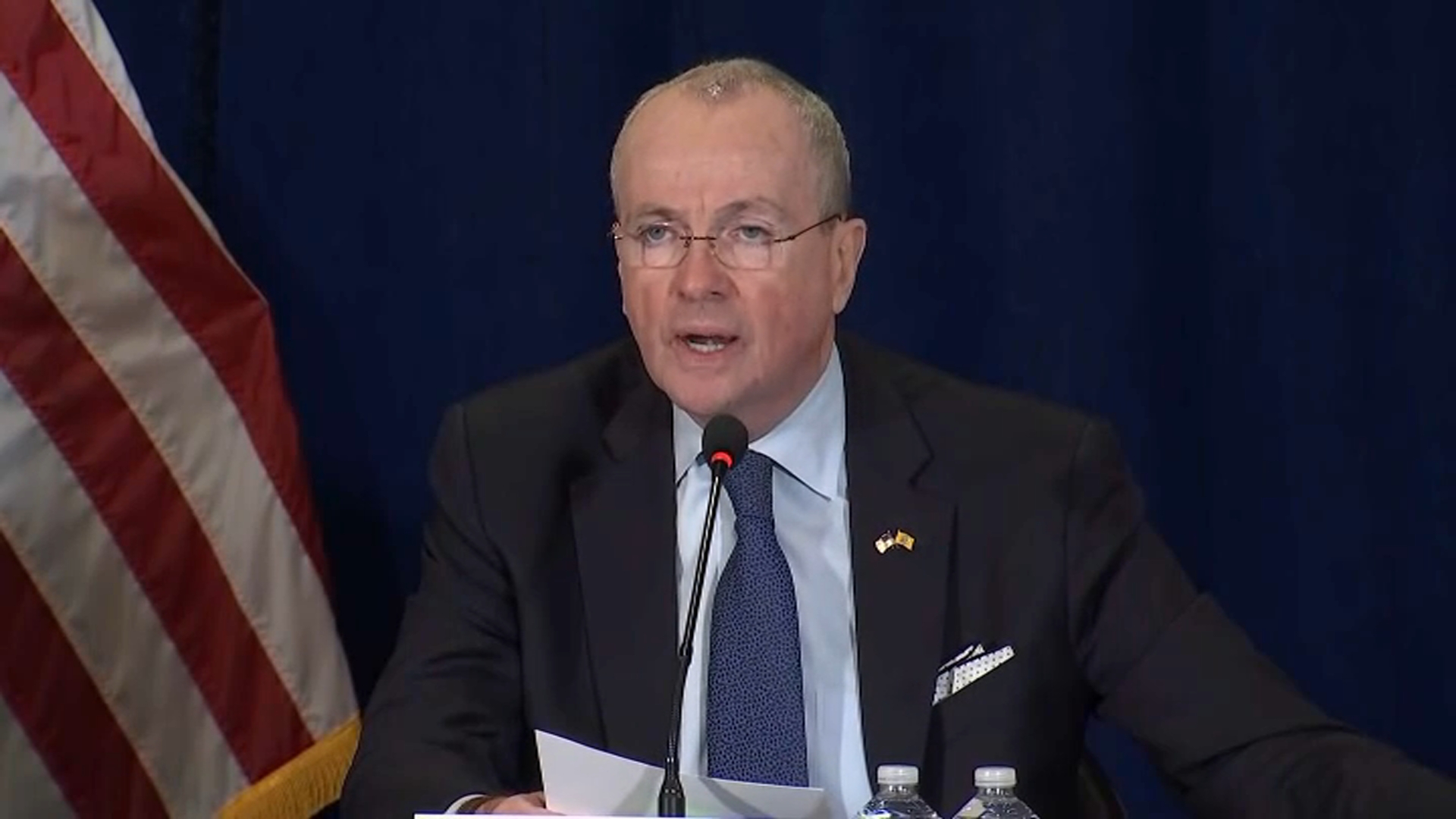 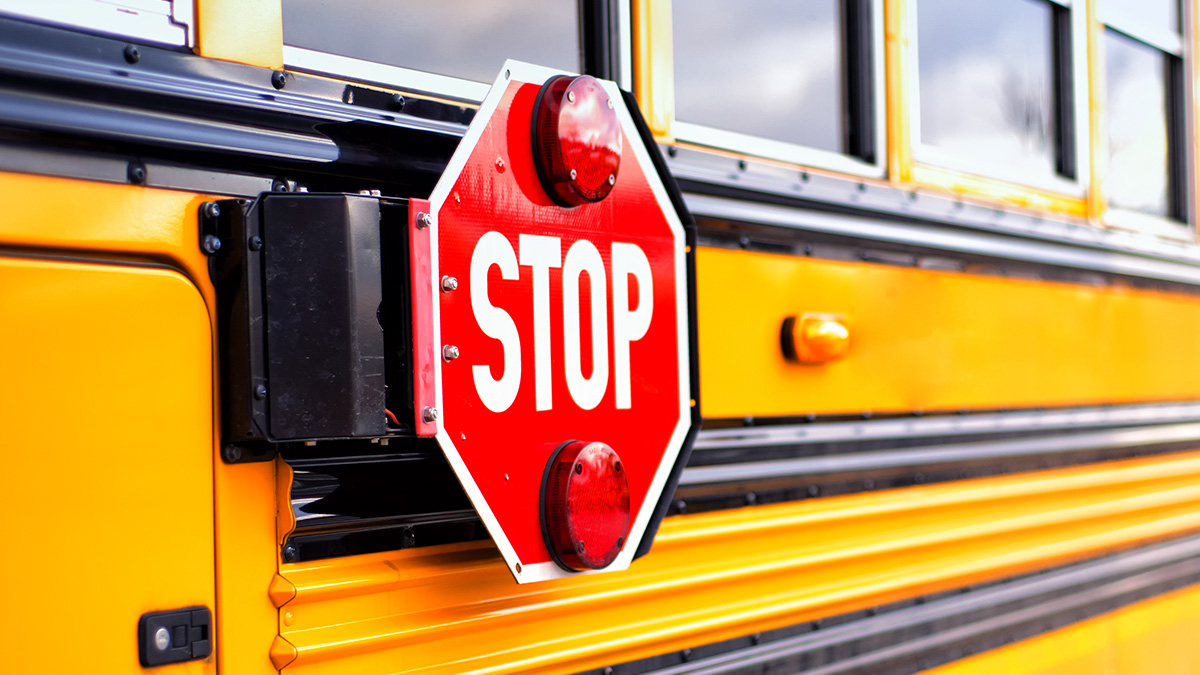 "With all we are seeing in our state - and across our nation and around the world - the time for us to take our strongest, and most direct, actions to date to slow the spread of coronavirus is now," Murphy said.

Murphy said that he is urging residents to use "common sense" when deciding to drive at night. "Unless you need to be out, we want you to be at home," he said.

Later on Monday, Murphy announced that all of New Jersey's public and private schools, along with colleges and universities, will close indefinitely starting Wednesday in an attempt to help prevent the spread of COVID-19.

Most of New Jersey schools had already closed or announced they would close Monday.

Health officials continue to urge good hygiene, like hand washing and not touching your face, and social distancing to limit the spread of COVID-19.