Coverage of the 2022 elections
John Fetterman

The Democrat left Penn Medicine Lancaster General Hospital after more than a week of treatment following a stroke.

John Fetterman, Pennsylvania's lieutenant governor and the Democratic party's candidate for the 2022 race for U.S. Senate, left a Lancaster County hospital Sunday morning after spending more than a week there following a stroke.

Fetterman's wife Gisele posted a brief Twitter video of herself and Fetterman leaving Penn Medicine Lancaster General Hospital Sunday. Fetterman can be seen giving thumbs up as he walks down a ramp after being discharged.

“Today I am headed back to Braddock," Fetterman said in a written statement released by his campaign Sunday. "After getting amazing care from the wonderful team at Penn Medicine Lancaster General Hospital, I could not be happier to finally be heading home to be with my family."

Fetterman went on to say he and his family were "overwhelmed by the outpouring of support from folks across the commonwealth." 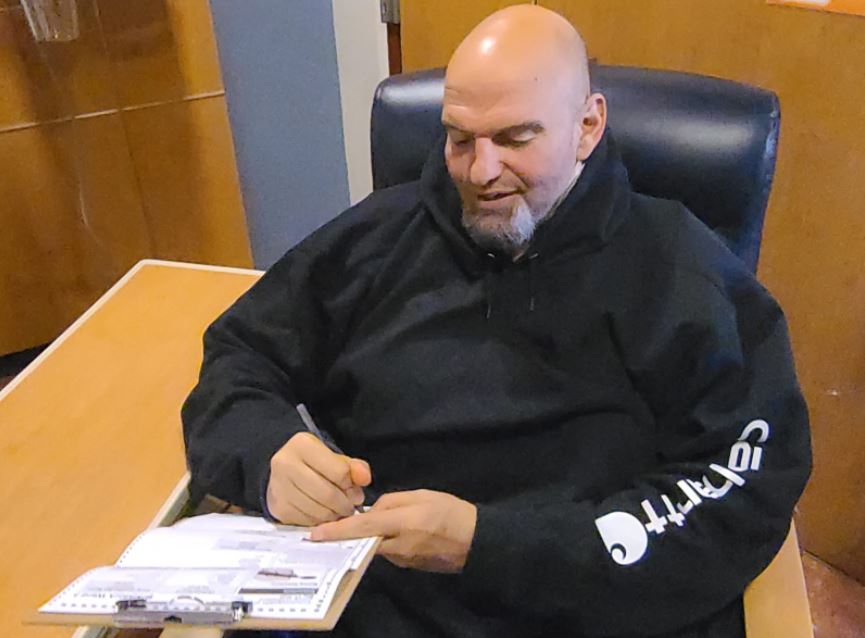 Fetterman said he was hospitalized on Friday, May 13 after not feeling well. It would emerge that following Sunday that he had suffered a stroke and had emergency surgery to remove a blood clot at Lancaster General. The pacemaker surgery on Tuesday regulated his heart rate and rhythm and addressed the underlying cause of his stroke, atrial fibrillation (A-fib).

Which Republican Fetterman faces in November for the U.S. Senate seat currently held by Republican Pat Toomey remained unclear Tuesday with Dr. Mehmet Oz and David McCormick in a too close to call battle that seems likely headed for a recount.

On Sunday, Fetterman said he was "feeling great."

"But per my doctor's orders, and Gisele’s orders, I am going to continue to rest and recover," the 52-year-old said. "Later this week I will have a follow-up visit with my doctors at Penn Medicine Lancaster General Hospital. "

The Wolf Administration announced Tuesday evening that state Sen. Jake Corman would temporarily assume the duties of acting lieutenant governor of Pennsylvania as Fetterman recovers. It is unclear when Fetterman will resume those duties.

It also wasn't clear when voters might see Fetterman back on the campaign trail.

“I am going to take the time I need now to rest and get to 100% so I can go full speed soon and flip this seat blue,” he said Sunday.