Depending on where you live, this storm could alter or completely ruin your Saturday plans

A major storm is expected to bring lots of snow to the Philadelphia region over the weekend, which will likely affect your plans.

The worst of the storm is expected along the Jersey Shore and Delaware beaches, but the entire region can expect snow. Depending on where you live, this storm could alter or completely ruin your Saturday plans.

Below, we answer five big questions about this weekend’s weather.

How much snow is expected and when will it fall?

Some places were dealing with light, scattered snow showers Friday morning, but things will start intensifying Friday night and continue into Saturday afternoon.

The worst of the snow is expected Saturday morning, but it could linger longer if the storm is slower and closer to the coast.

Here’s a breakdown by region of the estimates as of Friday afternoon:

Should I cancel my Saturday plans?

Your Saturday plans might be safe if you’re further north, but you’ll probably want to scrap your plans the further south you go.

“It depends where you are. So I would say Lehigh Valley and Berks County, I would delay your plans if possible, but if you absolutely need to go, you can. Philadelphia and the surrounding suburbs to the shore, yes, cancel your plans or postpone them,” NBC10 First Alert Meteorologist Steve Sosna said.

Is this going to be sledding and snowman snow?

This snow will definitely be good for sledding. However, you’ll probably have a hard time making a snowman, given that this snow will be very powdery and won’t hold together well, Sosna said.

How does a blizzard affect driving and walking in the snow?

In Sussex County in Delaware, and Atlantic, Cape May, Ocean and coastal Burlington counties in New Jersey, a blizzard warning is in effect, meaning people should prepare for the worst.

The National Weather Service defines a blizzard as a storm with large amounts of snow or blowing snow, winds greater than 35 mph and visibility of less than ¼ mile for at least three hours. Saturday’s wind gusts are expected to reach up to 50 mph.

So, essentially, a blizzard is a strong snowstorm with low visibility. 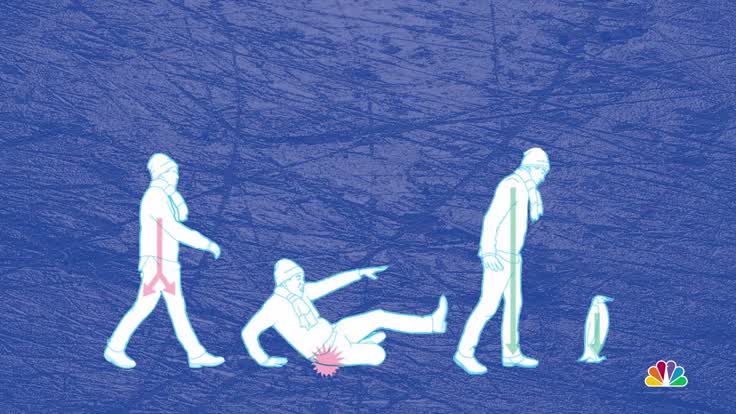 How to Walk on Ice 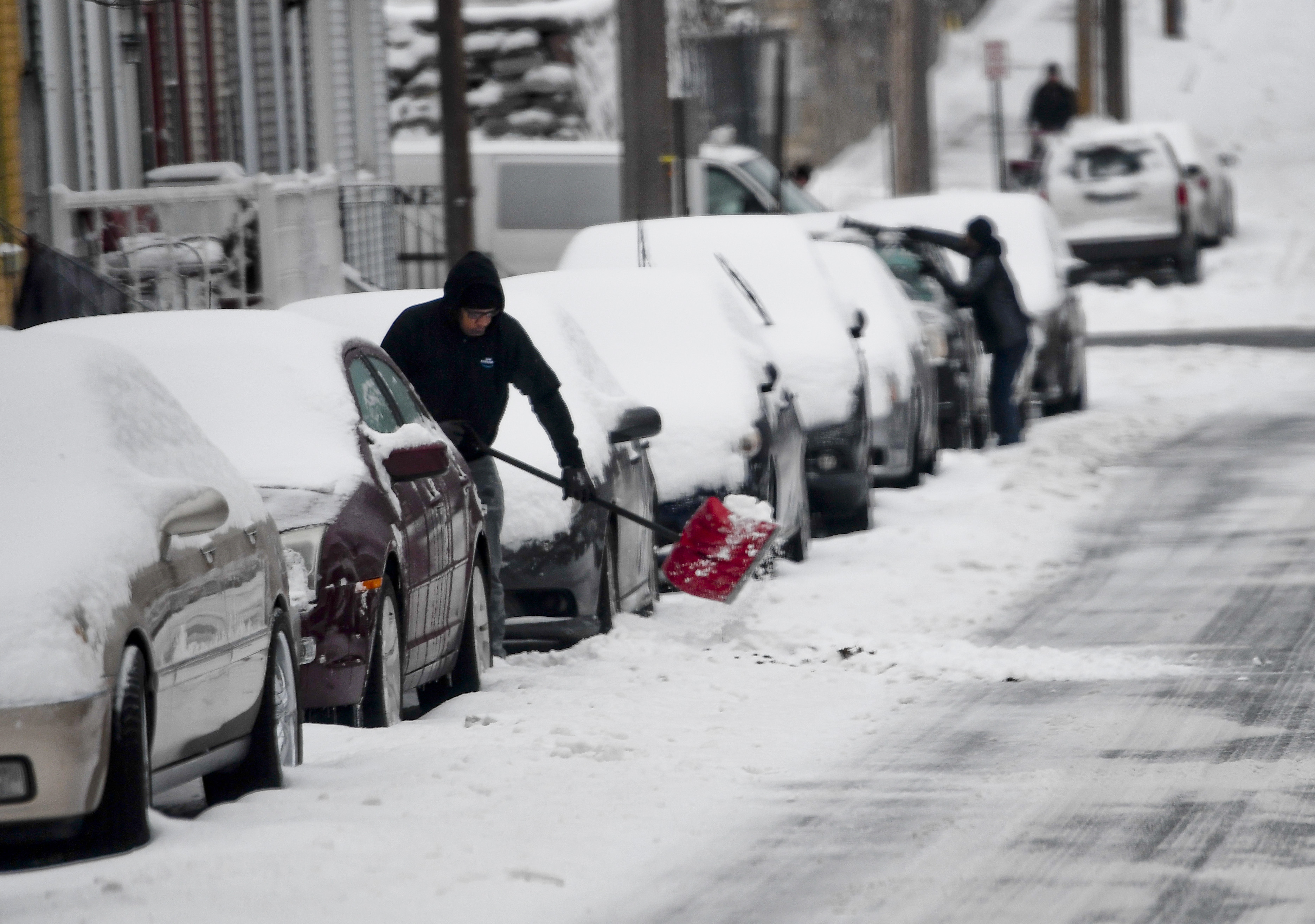 “Blizzards are so dangerous because the visibility usually goes down to near-zero. So you can’t see in front of you, which means you can get stuck really easily if you’re traveling,” Sosna said.

Snow doesn’t technically have to be falling, either; strong winds can take already fallen snow off the ground and whip it around through the air, thus causing a blizzard.

Because blizzard winds are so strong, it means that even if crews manage to clear roadways, more snow just gets blown back on, Sosna said. This makes it virtually impossible for the roadways to remain clear.

You’re also not necessarily safe if you think you can ditch your vehicle and walk through a blizzard.

“From a human walking around standpoint, you’re dealing in this case with really, really cold temperatures. So frostbite can set in, and that’s a real issue in terms of just making it challenging on the body,” Sosna said.

What is bombogenesis and how is it affecting this storm?

You may have heard the term “bombogenesis” thrown around a lot these days.

It’s a popular word among meteorologists that, according to the National Oceanic and Atmospheric Administration, describes the process that happens when a midlatitude cyclone rapidly intensifies, dropping at least 24 millibars over 24 hours. A millibar is a unit of measurement for atmospheric pressure.

The process of bombogenesis creates what is known as a bomb cyclone – yes, that’s a real scientific term, according to NOAA.

So what does this scientific jargon mean in layman’s terms?

With cold weather hitting many parts of the country, here are some tips to keep your furry little friends safe and happy this winter.

“What happens is that the snow bands become more intense, so you get a higher snowfall rate. Therefore, even though the storm is a fast-mover, you still can get a lot of snow due to the snow intensity, and you get that because of bombogenesis,” Sosna said.