A First Alert will be in effect Saturday for all inland neighborhoods in the Philadelphia region due to sweltering heat and powerful thunderstorms.

Severe thunderstorm and flash flood warnings are in effect for Philadelphia and its suburbs as the region grapples with dangerous heat and showers.

The weather alerts were issued by The National Weather Service (NWS) for Philadelphia, Wilmington and Chester County and will remain in effect until 2 a.m. Sunday.

A tornado warning was also in effect until 11:15 p.m. for parts of Ocean County in New Jersey.

Reports of downed trees and flooded streets came in Bucks County and Somerset County in New Jersey as NWS warned getting numerous calls of vehicles getting stuck in flood waters.

Although it is expected that the worst from storm exits our area by midnight, rain will remain through Sunday which could lead to flash flooding.

Here's a full list of all the weather alerts in our area.

The highest threat of floods will be in Northeast Philadelphia, Bucks County and eastern Montgomery County in Pennsylvania, as well as Trenton and parts of Burlington County in New Jersey.

From northern Delaware to parts of South Jersey and on through most of Philadelphia and into the Lehigh Valley, there will be a moderate risk of floods. Neighborhoods further south will have a small chance of flooding.

Damaging winds are also possible in the most intense storms, which may knock out power. The strongest clusters of thunderstorms will be capable of hundreds of dangerous cloud-to-ground lightning strikes within just a half hour. There will even be a tornado threat for neighborhoods north of the I-95 corridor.

Relief at the Shore, but Storms Possible

Shore points will have nice weather most of Saturday with at least a partial sea breeze at the beaches. Storms should avoid the Jersey Shore for the most part through late Saturday afternoon. The best chance of heavy thunderstorms at the beaches is late Saturday through Sunday. 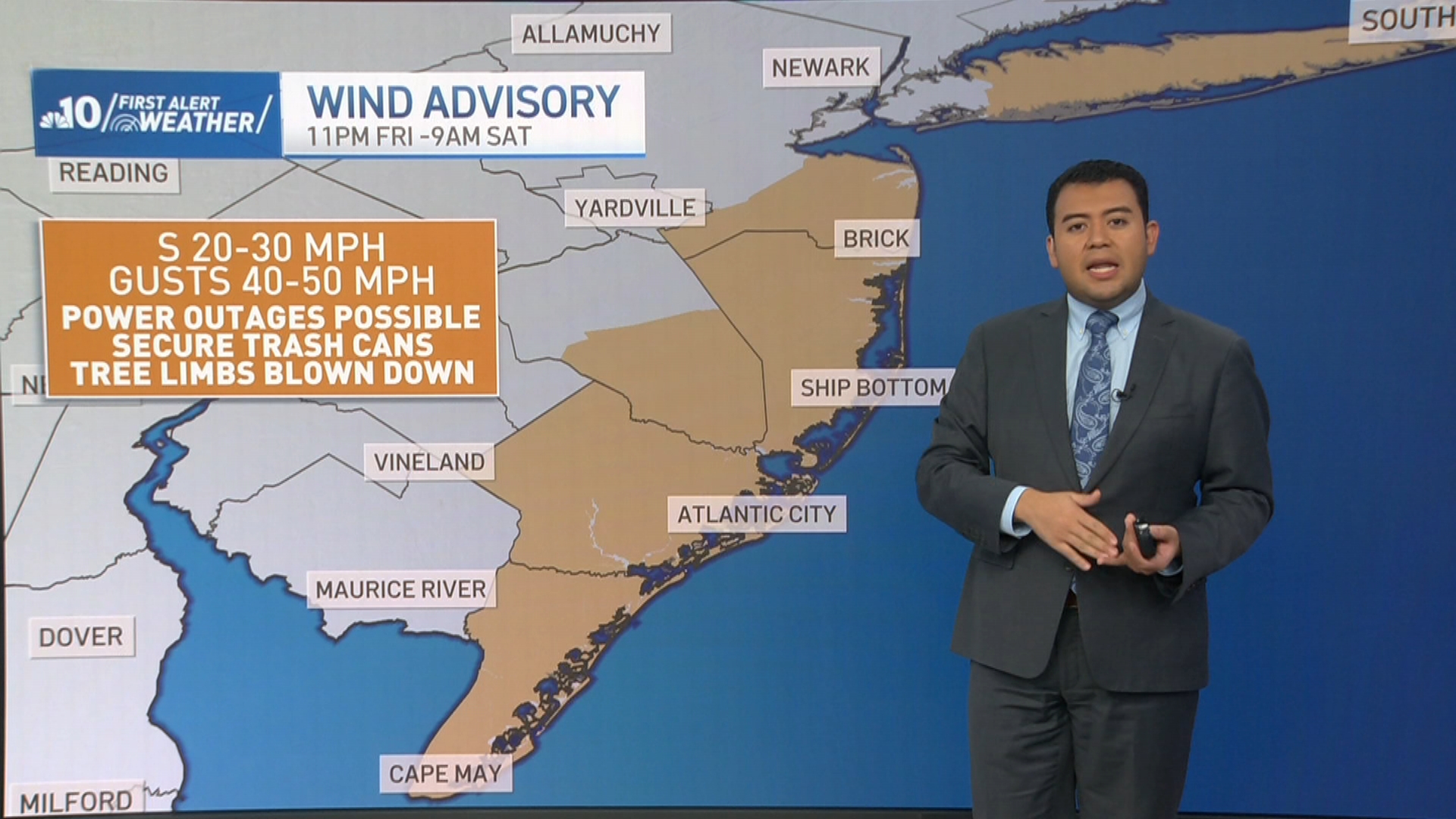 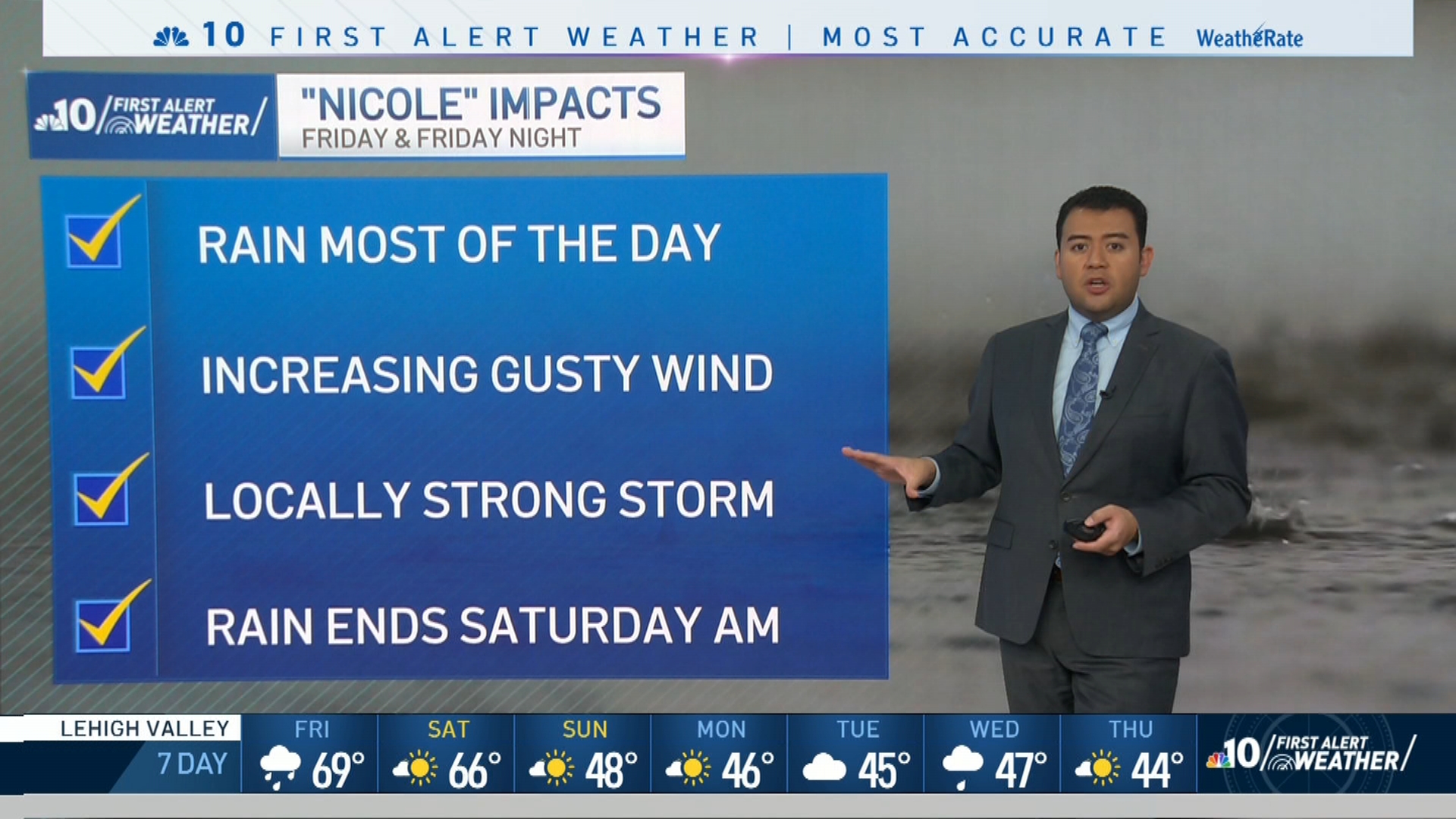 Stay ahead of the storms with our interactive radar:

Be sure to download the NBC10 app and charge your devices to ensure you can get the latest weather forecasts even if you lose power.