Slow-moving storms created more flash flooding, damage and even a fire in parts of the Philadelphia region on Wednesday and more stormy weather brings another flooding and storm damage threat Thursday.

We're in for another First Alert Weather Day on Thursday until 8 p.m. with scattered storms set to hit all neighborhoods except for Delaware beaches and the Jersey Shore. The storms have the potential to once again cause flooding from heavy rain and damage.

Thursday's stormy weather, which began with some storms in Bucks, Montgomery and Mercer counties in the morning, is expected to be similar to Wednesday. 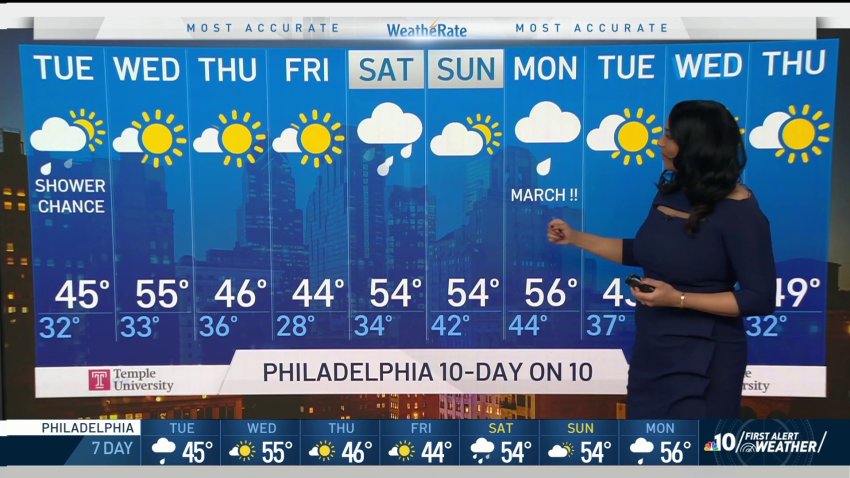 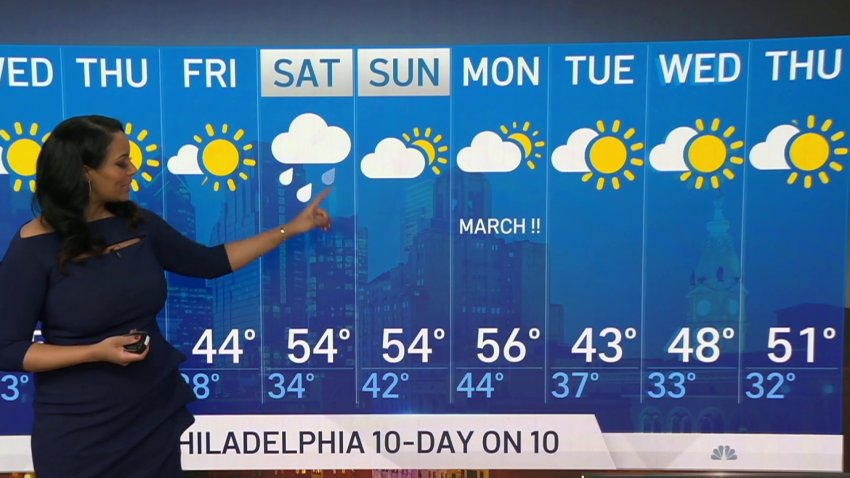 Some of those suburban neighborhoods already had flood and flash flood warnings in effect Thursday morning. In a short period of time inches of rain had fallen in some Bucks and Mercer county neighborhoods as storms sat overhead, while towns nearby saw no rain at all. The Pineville area of Bucks County was particularly hard hit.

The storms on Thursday could be slightly less widespread, but that doesn't mean they won't pack a punch as the storms that do hit could sit over neighborhoods for extended periods.

A First Alert was in effect across the entire region except coastal communities on Wednesday as a storm system stalled over the region and brought at-times sustained heavy rainfall leading to dangerous road conditions and flooded creeks and streams.

Flooding occurred in Philadelphia on I-95 near I-676 late Wednesday afternoon as well as parts of New Jersey, including the New Jersey Turnpike.

More storms hit the area on Wednesday leading to even more flooding and damage. NBC10's Drew Smith checks on conditions in South Jersey.

Hot and humid conditions during the day helped fuel the wet weather.

A severe thunderstorm warning was issued during Wednesday afternoon for Philadelphia, Chester, Delaware and Montgomery counties in Pennsylvania and Camden, Ocean, Gloucester, Burlington and Monmouth counties in New Jersey.

Heavy rain and lightning moved in during the afternoon.

In Woodbury, New Jersey, a driver was rescued from floodwater on Evergreen Avenue.

"It looked like a monsoon came down the road and the wind was blowing this way," Jim Graham, of Blackwood, told NBC10. "It hit the front of the house and you couldn't see out the door."

"I was sitting in my bedroom window watching the storm and just saw this huge orange explosion and we all screamed because the lights went off and everything," Lorilee Everitt told NBC10.

Some neighborhoods saw 1 to 2 inches of rain in a short period of time. Because the ground is still saturated from last week's storms, that's enough rain to produce flash flooding.

That amount of rainfall may not seem like a lot, but it’s enough to create flooded conditions. Last week, flooding from Tropical Storm Isaias killed at least three people, including a 5-year-old girl who was swept away by a swollen creek and a woman whose car was similarly carried away by floodwaters.

Conditions dried out by the evening, but more storms were already firing up Thursday morning.

Download the NBC10 app and keep checking back with NBC10 News on air for the latest as the storms move through.