With the return of their most fearless fighter, the Flyers fought for a Game 7 on Thursday night.

The comeback mission is still on.

Oskar Lindblom capped his remarkable comeback from Ewing's sarcoma by inspirationally rejoining the lineup for Game 6, which the Flyers won, 5-4, in double overtime at Scotiabank Arena.

The best-of-seven second-round playoff series against the Islanders, which the Flyers trailed 3-1 four days ago, is now knotted at 3-3.

Ivan Provorov scored the game-winner with 4:57 left in the the second bonus session.

The Flyers are 9-7 all-time in Game 7. This marks their first Game 7 since the 2014 playoffs, when they lost in the first round to Alain Vigneault's Rangers. New York went to the Stanley Cup Final that year.

In NHL history, a team has erased a 3-1 deficit to win a series 29 times, four of those comebacks being from down 3-0. The Flyers have a fair share of guys who have done it before. 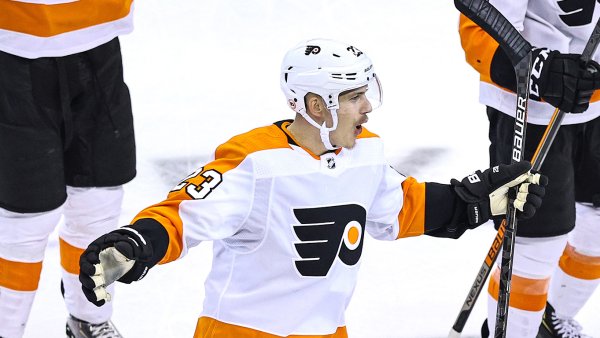 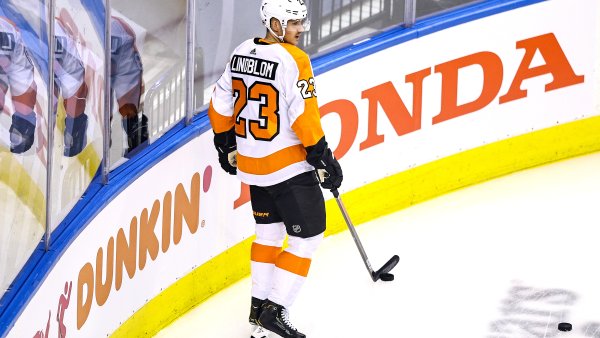 Laughton was clutch in the absence of Selke Trophy finalist Sean Couturier, who was unable to play after the collision with Mathew Barzal in the second period of Game 5.

Laughton, who had a two-point effort in Game 5, including the OT winner, scored a swift breakaway goal midway through the third period to tie the game at 4-4 and force the extra sessions.

He has been great since being scratched in Game 2 because of his struggles.

Carter Hart was sensational despite allowing four goals. He finished with 49 saves on 53 shots.

His regular-season career high is 41 saves.

Claude Giroux was also dynamic in Couturier's stead, winning 24 faceoffs, recording an assist and playing 31:33 minutes. The 32-year-old was Philly tough in a do-or-die Game 6.

The Flyers improved to 22-0-1 when Hayes scores a goal.

Vigneault and the Flyers have gone 0 for 3 in coach's challenges this series.

They misfired on their third one in the second period of Game 6 and it was a costly misfire.

Vigneault challenged Matt Martin's game-tying 2-2 goal for goalie interference. The marker was upheld, which put New York on the power play (a failed challenge results in a delay-of-game penalty).

The Flyers raced out to a 2-0 lead with first-period goals from Hayes and van Riemsdyk. The Islanders got one back in the opening frame, tied it on Martin's tally and then took full advantage of the Flyers' failed challenge with an Anders Lee power play, erasing the deficit only 3:06 into the middle stanza.

In this series, the Flyers twice allowed go-ahead goals in the final 30 seconds of the second period.

It happened in Game 3 and then in Game 6, when Barzal scored on a nasty snipe to hand New York a 4-3 advantage at second intermission.

The Islanders have been a quick-strike team all series, scoring huge goals at huge times.

Barzalwho was a game-time decision after taking an inadvertent high stick to the face in Game 5has been brilliant all series.

The Flyers' power play went 4 for 50 in the NHL's return-to-play 24-team tournament.

The man advantage has not scored a goal in this series. It has Game 7 still to get it going.

The Flyers were already in an uphill battle trying to erase a 3-1 series deficit.

Couturier does everything for the Flyers and his biggest strengths are critical against a team like the Islanders. Farabee had been an offensive threat (three goals in playoffs) in different spots with consistent energy.

The statuses of both players for Game 7 are unknown.

Lindblom played 17:30 and received stick taps from both clubs in the first period. It was the 24-year-old's first game since Dec. 7; he finished his radiation treatments in early July.

Raffl, who sat out the previous three games with a likely undisclosed injury, scored his fourth goal in eight playoff games to tie the game at 3-3 in the second period.

Heres how the Flyers looked at forward: