What do you think of the Philadelphia Eagles quarterback's place among fellow presumed NFL starters?

Barring a dramatic trade for Deshaun Watson or another "big move", Jalen Hurts will be starting for the Eagles in Week 1 against the Falcons.

Eagles fans seem ready to let Hurts try and prove he deserves the job - but in some football circles, the confidence in Hurts seems to be pretty low.

Gradkowski's ranking was... not kind to Hurts.

The Eagles' likely starting QB in 2021 was ranked second-to-last, ahead of only Denver Broncos quarterback Drew Lock, who is not good. Former Eagles franchise QB and new Colts starter Carson Wentz came in at No. 23. 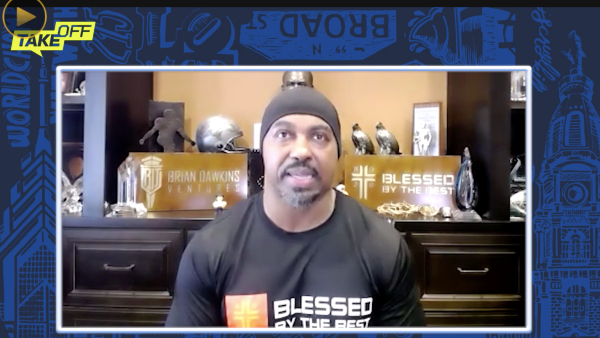 At No. 31, Hurts was ranked lower than three quarterbacks who were taken in the first round in April's NFL Draft and are expected to start in Week 1 in Trevor Lawrence (21), Justin Fields (25), and Zach Wilson (30). That's a tough one; I know these guys are first-round talents, but Hurts has spent a year in the league at this point.

Across Gradkowski's list, I take issue with Cam Newton being at 27 - he was borderline unplayable last season - and I also think putting the Saints at 24 is odd. If Jameis Winston is the starter he's probably around No. 20, but I'd absolutely put Taysom Hill below Hurts.

Here's what Gradkowski had to say about Hurts at No. 31:

"Jalen Hurts will get his opportunity to showcase not only his skills but his leadership heading into 2021. Hurts provided an immediate spark last season, but the wheels started to fall off after that. Hurts must manage the game with better decision-making.  He finished the season with nine turnover-worthy plays in the last four games. If Hurts wants to be the guy in Philadelphia, then he needs to protect the ball better. His leadership and poise will bring the team together, but production — and winning football games — must follow."

That's a pretty fair evaluation. For as much as we liked the spark and the highlights from Hurts last season, he only completed 52% of his passes. The wide receiving group is improved this year, and the offensive line should be much healthier, so ideally Hurts will elevate his level of play to match his supporting cast.

But considering the rest of the NFC East's quarterbacks all fall in the Top 20 in this list, Hurts and the Eagles are definitely entering 2021 with some underdog status.