Carter Hart Is Exactly What Flyers Have Been Waiting for, Game 3 Proved It

From the moment he was drafted in 2016, Philadelphia had their eyes set on Carter Hart being the missing piece the Flyers had been desperately searching for since the Ron Hextall era - a franchise goaltender. Hart was only 17 at the time of the draft, but it gave many a sense of excitement and something to look forward to.

From the time Hart entered the Flyers' system just four years ago, the team had seen nine different net minders (Anthony Stolarz, Steve Mason, Michal Neuvirth, Brian Elliott, Alex Lyon, Petr Mrazek, Cam Talbot, Calvin Pickard and Mike McKenna), not even including him - and seven being used just in 2018-19 season. It was a less than ideal situation, never knowing who was going to dress and the kind of effort that was about to be given.

For a franchise that has had such a rich history in net since joining the league, the turn of the century has been nothing short of chaotic when trying to find stability for the position. However, there's very little doubt that the tides are finally changing. 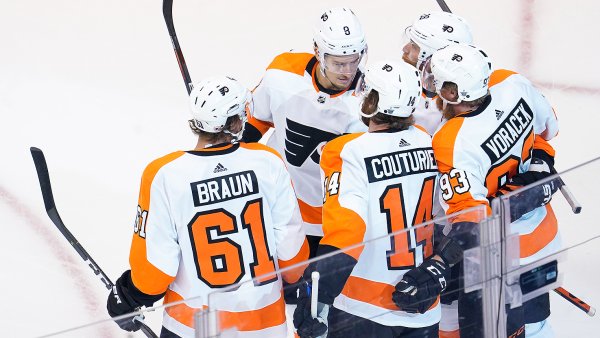 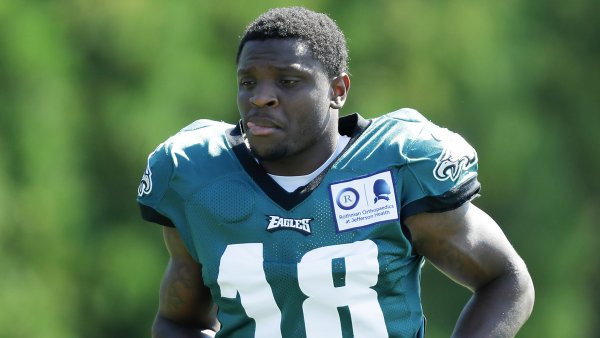 Hart made his debut Dec. 18 of last season, but this was his first full season at the reigns. Suddenly, for the first time in years, something felt different about the Flyers. Do they have talent throughout their lines and across the blue line - yes, but they weren't the only aspects for creating success. Hart instilled a level of calmness, confidence and poise at his age - and for goaltending, that's not something that happens often.

Finally getting a taste of the playoffs and a chance to chase the Stanley Cup, Hart was ready to show everyone what he was capable of doing in the round robin - and boy, did he make some noise.

Hart only allowed a single goal in each game against two of the top offensive scoring teams in the league (Bruins and Lightning). Not only did he essentially shut down some of the best in the east, but found a way to carry it over into his first game in a playoff series.

Having a 1.000 GAA through three games is a huge accomplishment for any goaltender, but given this was the first taste of the post season for Hart, it definitely deserves some acknowledgement.

Between games one and two, Hart turned 22 - another year older and wiser, but what came next sent nerves into overdrive for Flyers fans based on the performance he had given. Hart went from the one player you couldn't even ask more of, to one who had to sit after allowing too many goals.

The Flyers fell from the clouds, lost their first game in the bubble by being shutout by Canadiens' goaltender Carey Price and saw quite an off-night for Hart. With a tied series, how would Hart recover from being pulled in only his second playoff game?

He would do a complete 180 and be the entire reason the Flyers won game three - and in doing so, earned his first career NHL playoff shutout - just days after the goaltender he looked up to did so to his own team.

This, right here, is why Hart has the "it" factor - and to have it at such a young age shows promise for many years to come. He responded to one of his worst outings since the calendar year turned and bounced back like it never happened.

In the playoffs, goaltenders have the chance to steal a game or two in a series that can completely alter the outcome - and Hart stole that game and ran away with it.

1-0 wins are also a rarity in the playoffs, so this shouldn't be something taken lightly. It was only the fifth time in franchise history the Flyers won a playoff game with a single goal.

Through this series, Hart has also added a few impressive additions to his résumé, including the youngest goaltender in franchise history to record a playoff win and a playoff shutout.

They are only three games in and he's already etching his name into history.

Flyers' legend Bernie Parent has always had high praise for the 22-year-old, but his belief in him only continues to grow and he's making that known.

Following Hart's second win of the series, his teammates also acknowledged the kind of player he is and the ability he has to bounce back after poor outings.

"He's really strong mentally," Jakub Voracek said. He's a young kid that works really hard. He's pretty impressive the way he bounces back, even since last year. If he had a bad game, he always came back and he was strong. I think that's what good goalies do. Sometimes you have a tough night.

"Obviously the whole team last game, we played really bad. We didn't help him much, but the way he played today. It's a goalie battle. Let's be honest, two of the best goalies in the NHL going at it. Today could have gone either way here too."

Luckily, things went the Flyers' way - and as they now lead the series 2-1, it's clear the biggest reason why has been because of Hart.

Carter Hart is exactly what Flyers have been waiting for, Game 3 proved it originally appeared on NBC Sports Philadelphia