O.J. Simpson first made news when he led college running backs in rushing in 1967

O.J. Simpson's story represents one of the most dramatic falls from grace in the history of American pop culture.

A beloved football hero in the 1960s and '70s, he transitioned effortlessly to movie star, sports commentator and TV pitchman in the years that followed.

He kept that role until the 1994 killings of his ex-wife and her friend. A jury acquitted him, but many still believe he carried out the grisly slayings. 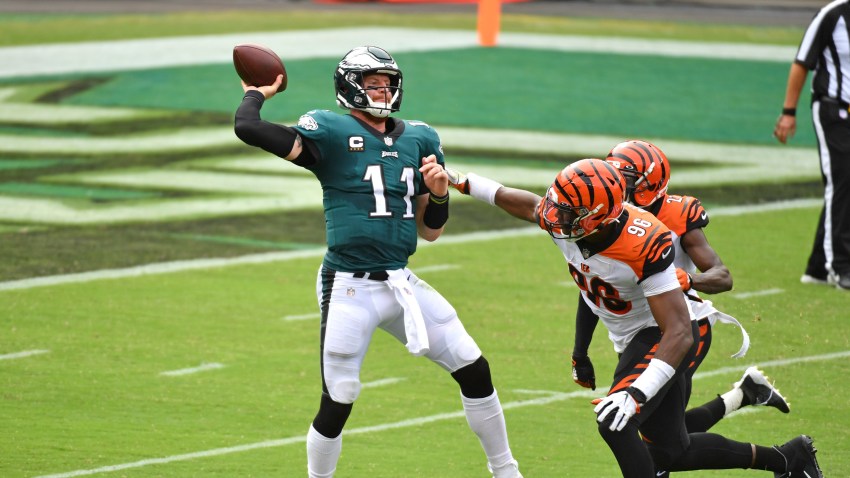 Here's a timeline of major events in the life of Simpson, now 70, who was imprisoned in Nevada for armed robbery before he was freed on parole early Sunday.

— 1967: Simpson leads all college running backs in rushing in his first season at the University of Southern California.

— 1969: The first pick in the pro draft, Simpson goes to the Buffalo Bills and spends the next nine seasons with the team.

— 1985: Simpson is inducted into the Pro Football Hall of Fame.

— 1988: Simpson, who had been appearing in TV shows and commercials since the late 1960s, co-stars in the first of the "Naked Gun" crime comedies, perhaps his most popular role.

— June 12, 1994: Nicole Simpson and a friend, Ronald Goldman, are stabbed to death outside her Los Angeles home.

— June 17, 1994: Ordered by prosecutors to surrender, Simpson instead flees with a friend in a white Ford Bronco. It's a nationally televised slow-speed chase across California freeways until police persuade him to surrender.

— June 1995: During Simpson's trial, a prosecutor asks him to put on a pair of gloves believed worn by the killer. The gloves appear too small, leading defense attorney Johnnie Cochran to famously state in his closing argument: "If it doesn't fit, you must acquit."

— February 1997: After a trial in a civil suit filed by the victims' families, a jury finds Simpson liable for the deaths and orders him to pay survivors $33.5 million.

— July 2007: A federal bankruptcy judge awards the rights to a book by Simpson, in which he discusses how he could have committed the killings, to Goldman's family as partial payment of the judgment. The family renames the book "If I Did It: Confessions of the Killer."

— September 2007: Simpson, accompanied by five men, confronts two sports-memorabilia dealers in a Las Vegas hotel room, angrily telling them that most of the memorabilia they are planning to sell is rightfully his.

— December 2008: Simpson is sentenced to nine to 33 years and sent to Lovelock Correctional Center in northern Nevada.

— July 25, 2013: Simpson asks the Nevada Parole Board for leniency, saying he has tried to be a model prisoner. He wins parole on some convictions but is left with at least four more years to serve.

— July 20, 2017: A four-member parole board unanimously grants Simpson parole, effective Oct. 1. The board cites the low risk he might commit another crime, his community support and a release plan that includes moving to Florida, where he has family.

— Oct. 1, 2017: Just past midnight, Simpson is released from Lovelock Correctional after serving nine years for the botched hotel-room heist.