The chair of Montco's three-person governing body, Dr. Val Arkoosh, a Democrat, joins the Senate race a few weeks after her Republican colleague on the county commission, Joe Gale, joined the race for governor. Each must win their respective primary to be on the general election ballot in Nov. 2022.

Arkoosh, a Democrat, joins what is expected to be a large and competitive field of candidates vying to replace Republican Sen. Pat Toomey, who is retiring.

On the Democratic side, Lt. Gov. John Fetterman and Pennsylvania state Rep. Malcolm Kenyatta jumped in the race earlier this year, and Pennsylvanian state Sen. Sharif Street filed a statement of candidacy last week. On the Republican side, businessman and former candidate for lieutenant governor Jeff Bartos and attorney Sean Gale have announced they are running. 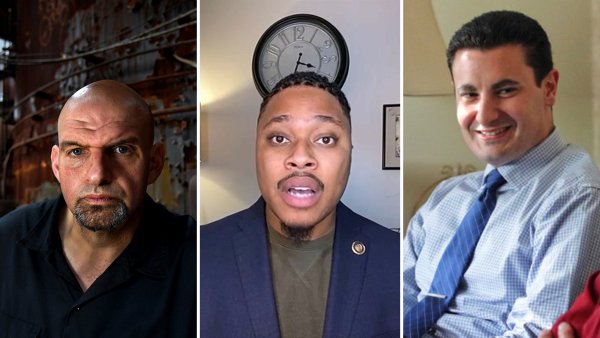 Bartos Declares Candidacy for US Senate in Pennsylvania

Arkoosh is the first woman to enter the Senate race, although others, including U.S. Rep. Chrissy Houlahan, are considering a run for the statewide seat.

In her launch video titled “Fiercely Determined,” Arkoosh talks about reforming healthcare and “pushing progressive change” as a doctor, and shows an image of Texas Sen. Ted Cruz and South Carolina Sen. Lindsey Graham when she talks about standing up to “Trump Republicans.”

Arkoosh has served as Montgomery County Commission chairwoman since current state Attorney General Josh Shapiro left the commission in 2017. She has been one of the Philadelphia region's high-profile voices in the suburbs' response to the coronavirus pandemic.

Montgomery County voted heavily for President Joe Biden in the 2020 election. Biden beat then-President Donald Trump by 26 points in the county, more than four points better than Hillary Clinton’s margin there in 2016.

In addition to announcing his end in the Senate seat, Pat Toomey also said that he will not be running for governor. NBC10’s Lauren Mayk spoke with Senator Toomey in Bethlehem, Pennsylvania, about the decision.