Pa. House Votes Philly DA in Contempt for Failing to Respond to Subpoena

Philadelphia District Attorney Larry Krasner could potentially be jailed for the contempt vote. A lawyer for the DA called the House vote undemocratic and vowed to fight its legitimacy.

The Pennsylvania House of Representatives voted on Tuesday to hold Philadelphia District Attorney Larry Krasner in contempt of the state legislative body for failing to respond to a subpoena requesting documents from Krasner's office.

The House voted 162-38 to hold him in contempt, including numerous Democrats.

The subpoena stems from an ongoing investigation by a House committee into Krasner and Philadelphia's gun violence epidemic. It is called the House Committee on Restoring Law and Order, which is running in tandem with a Republican-led effort to impeach Krasner.

Three Republican lawmakers in the state House announced in June that they would begin circulating a bill of impeachment against Krasner.

All three represent rural districts west of the Susquehanna River, including two whose districts are along the Pennsylvania-Ohio border.

But the contempt order brought out a broader coalition of legislators, including Democratic lawmakers from Philadelphia like state Rep. Amen Brown.

"We just voted to hold the district attorney office in contempt and the one thing that could be done is that same person could be held in the Dauphin County Prison or Dauphin County Jail," Brown, who represents a portion of West Philadelphia, told NBC10 on Tuesday. "But that is not the direction we're going to take."

A lawyer for Krasner called the contempt vote "undemocratic" because he has already submitted a response to the subpoena in a court filing asking a judge to squash it.

"The Subpoena issued to the Philadelphia District Attorney’s Office seeks secret grand jury documents and other privileged documents related to a pending murder case involving a former police officer charged with killing a Black man," attorney Michael Satin said. "It interferes with local, democratic rule; and it violates the separation of powers by interfering with the district attorney’s prosecutorial discretion, among other things."

It's the latest development in a potential impeachment showdown that is extremely rare in Pennsylvania, with only two instances in the long history of the state. Both times involved a judge, according to PennLive: Supreme Court Justice Rolf Larsen in 1994 and county Judge Thomas Cooper in 1811. 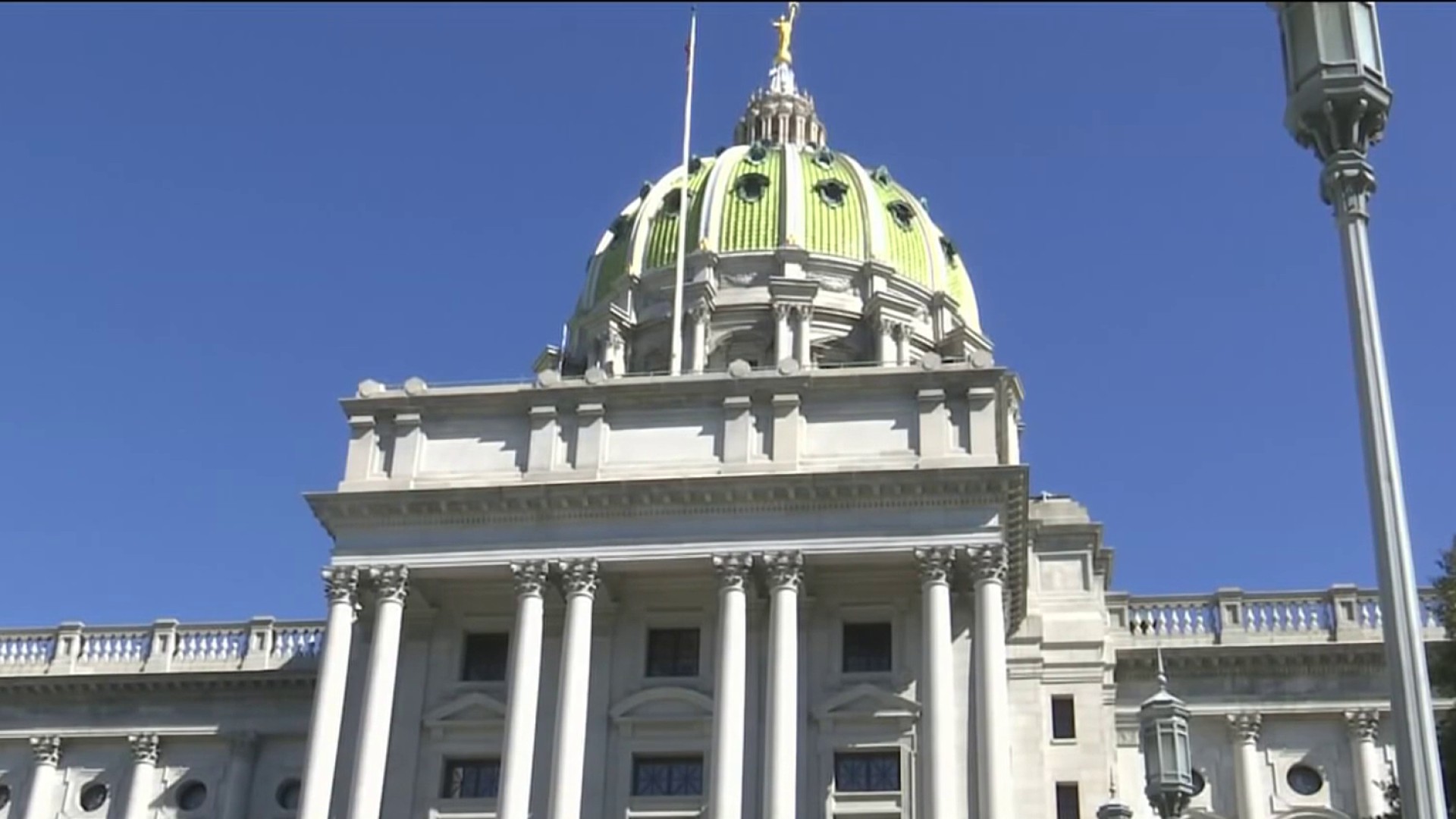 The process of impeachment would take months. A proposed bill would first go to a House committee. If approved there, the full House would vote on it. A simple majority of lawmakers would need to approve it in order to have the state Senate conduct a trial, similar to the one former President Donald Trump went through in 2021.

After a trial, two-thirds of the Senate would have to approve the impeachment charges to remove Krasner from office. That would mean 34 of the 50 senators would have to vote guilty. The chamber is currently made up of 28 Republicans, 21 Democrats and 1 independent who caucuses with Republicans.

“We did not arrive at this decision lightly or easily. In fact, we are taking this action after we have taken significant steps to pass legislation that addresses violent crime in Philadelphia by ensuring our current laws are enforced,” said state Rep. Josh Kail, who represents the 15th House district along the Pennsylvania-Ohio border, in June. “We are starting this process now because the unchecked violent crime in Philadelphia has reached a breaking point due to the willful refusal by District Attorney Krasner to enforce existing laws.”

The second-term district attorney, who easily won re-election in November last year, has defended his office's conviction rates in cases involving homicides and gun offenses. In a response to the legislators' new effort, Krasner lumped in their impeachment attempt with previous Republican efforts to overturn elections. He also said the blame for gun violence falls on the political party's long-held control of the state Legislature, which has refused to pass any significant firearms control policy

“Pennsylvania House Republicans want to distract you from their decades of failed governance that have led to greater economic inequality and the current crisis of gun violence as they have encouraged the flooding of our communities with deadly firearms," Krasner said in a statement in June. "Pa. Republican legislators attempted to block certification of presidential election results in 2020 and rank second in the nation for lawmakers who are members of far-right extremist groups, according to a new bombshell report from the Institute for Research and Education on Human Rights."

He added, "Democracy- and freedom-loving Pennsylvanians will not be fooled by these anti-democratic efforts to de-value Philadelphia’s diverse votes. Philadelphia is not Pennsylvania’s colony. Our votes count in full, not as 3/5ths of a vote. Stay tuned for these and other efforts nationwide of legislators who would hold hands with hate groups to defeat democracy by both violent and non-violent means. The coup continues as some Republicans try nationally and locally to overturn more elections they lost badly.”

The effort by Kail, Ecker and O'Neal comes six months after state Sen. Jake Corman, a Republican who represents State College in central Pennsylvania, called for the impeachment of Krasner.

Corman, who ran unsuccessfully this year for governor, said in a letter written in January to House Republican leaders that "we cannot turn a blind eye to DA Krasner’s clear dereliction of duty."

“His decision to allow more and more criminals to walk free through plea deals and dismissed charges has created an environment in which Philadelphians are no longer safe in their own homes and communities," Corman said.

In his five years as district attorney, Krasner has garnered national headlines and the support of progressive Democrats with his emphasis on ending a "win-at-all-costs" prosecutorial philosophy.

Since the mass shooting on South Street in Philadelphia on June 4, city officials and gun-control advocates have called for federal and state legislation to tighten restrictions on firearms.

The City of Philadelphia has sued to enact and enforce local gun laws, like requiring gun owners in the city to report lost or stolen firearms. But time and again over the last few decades, state courts have thrown out city gun laws, citing Pennsylvania's "pre-emption clause" that prohibits municipal laws from overstepping state law.

The most recent occurred at the state's highest appeals court, when 11 residents, mostly from Philadelphia, lost a lawsuit seeking to allow the city to impose stricter gun restrictions than what’s allowed by the state.

In May, the Commonwealth Court threw out the lawsuit, citing previous Pennsylvania Supreme Court decisions that have said the General Assembly, not municipalities, is in charge of enacting gun regulations in the state.

“We obviously wish the Commonwealth Court had decided in our favor and allowed lifesaving policies to go into effect,” CeaseFirePA Executive Director Adam Garber told NBC10. Pre-emption, he said, “ties the hands of local officials” and forces them to “go to funeral after funeral and crime scene after crime scene” while preventing them from passing laws to solve the problem.