Joseph Fiordaliso began as a high school teacher before jumping into politics. His winding road to president of the New Jersey Board of Public Utilities, which oversees approvals of offshore wind farms, includes a bit of luck and a lot of learning on the job.

The man in charge of ushering through Gov. Phil Murphy's ambitious plan to install hundreds of offshore wind turbines off the New Jersey coast, and fundamentally alter the Garden State's electricity grid, didn't have any experience when he took the job.

Joseph Fiordaliso is a former high school teacher from Essex County who took a long and winding political road to one of the most decisive positions in New Jersey's power sector. He has been, for the last three-and-a-half years, president of the state's Board of Public Utilities. That's the state agency in charge of regulating the power sector for New Jersey's 4 million residential, commercial and industrial energy customers.

"The learning experience over the last 16 years has been incredible," Fiordaliso said in an interview last week after the BPU unanimously approved two more offshore wind farms, bringing the total to three since 2019 to get the green light. "I feel like I’m still in school. I got my education in energy on the job."

Fiordaliso, a Democrat, has served on the board since 2006 when his former boss, then Gov. Richard Codey, appointed him to the BPU as a commissioner. He served throughout the Corzine and Christie administrations, and was elevated to president of the BPU when Gov. Murphy took office. The BPU consists of five commissioners, including the president, who are nominated by the governor and approved by the state Senate. Commissioners serve six-year terms that are staggered so that no governor has complete control over the board, which is supposed to act independently of the executive and legislative branches.

Fiordaliso got his start in politics as mayor of Livingston, an Essex County suburb of Newark. He said he always wanted to become more political throughout his 15 years as a teacher at Bloomfield High School in North Jersey.

"We ended up in the governor’s office," Fiordaliso said of Codey's ascension to governor because the senate president was next in line. "You never know where life will take you."

Codey served out the remainder of McGreevey's term, and appointed Fiordaliso to the BPU before leaving office in 2006. (Codey, the state's longest-serving legislator in history, is still a senator.)

Fiordaliso served in relative obscurity for more than a decade, including eight years under former Republican Gov. Chris Christie.

"During the Christie administration, they did very little, if any, initiatives for green energy," he said, noting that legislation allowing for offshore wind development off the Jersey coast was passed in 2011.

The prominence of the BPU and Fiordaliso, himself, changed dramatically when Murphy took over and made offshore wind expansion part of a big push toward making New Jersey's power supply carbon neutral by the middle of the 21st century.

With his promotion to president, Fiordaliso became the public face of what is now a multi-billion-dollar industry that New Jersey and other mid-Atlantic states are trying to build from scratch. 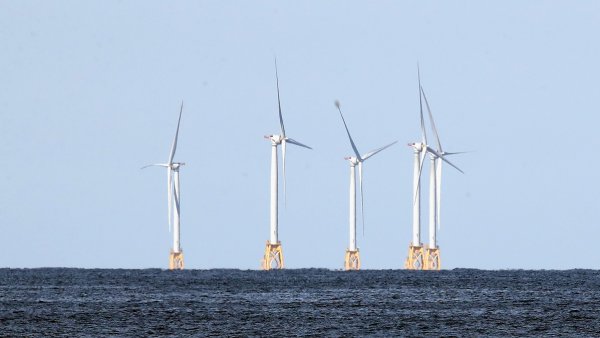 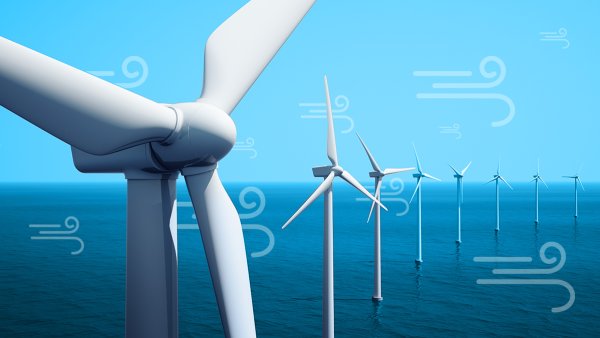 Only seven wind turbines currently rotate in American waters, but more than 1,500 are in planning or development stages from North Carolina to Massachusetts, including nearly 300 now approved by New Jersey for waters 10-14 miles off Cape May up to Long Beach Island.

The new power source will be costly for New Jersey's ratepayers, but environmentalists and lawmakers believe offshore wind is one of the best ways to combat climate change by replacing fossil fuels with renewable energy to produce electricity. The current plan to approve 7,500 megawatts of offshore wind energy by 2027 and build out the turbines by 2035 would provide power for half of the state's 3.5 million residential customers.

"I really believe we have a moral obligation to mitigate the effects of climate change, not for my generation, but for my grandchildren and their children's generation," Fiordaliso said.

On June 30, the BPU approved 2,658 megawatts in new offshore wind power through two wind farms expected to come online toward the end of the decade.

The new power adds to 1,100 megawatts approved in 2019. New Jersey now has signed off on the second-most offshore wind power of any state, behind only New York.

The two projects are a 110-turbine wind farm by Atlantic Shores, which is owned by European power companies Shell New Energies US and EDF Renewables North America, and a 82-turbine farm by Ørsted called Ocean Wind 2. Atlantic Shores' farm will be located about 10.5 miles off the coast of shore towns north of Atlantic City. Ørsted's Ocean Wind 2 will be nearly 14 miles off Cape May.

The massive amount of power still needs to get through federal permitting and navigate potential hurdles such as lawsuits from fishing interests and shore communities. None of the offshore wind farms are expected to begin construction until mid-2023 at the earliest, and the two newest projects are not expected to come online until 2027 at the earliest.

The renewable energy source will increase the cost of electricity for New Jersey ratepayers once the farms are built. Fiordaliso and others on the BPU said the agency will closely watch the costs associated with upcoming proposals. He also expects that offshore wind will become more affordable as supply chains for the turbines and the technology improve.

"Clean energy is expensive, no doubt about it," Fiordaliso said. "But you have to do something about (climate change). And it could lead to an economic boom. New Jersey has the potential to be a supply chain for the entire East Coast."

He and others touting New Jersey's aggressive approach to wind power hope their early investments set the stage for manufacturing jobs and new port terminals dedicated to turbine construction and shipping.

All of the fervor around the burgeoning industry has made Fiordaliso a familiar face in New Jersey politics, and the wind turbine brooch he wears on his lapel each BPU meeting clearly states his purpose.

"We wanted to promote wind power," he said of the brooch, which an aide found. "There is so much to do it’s almost mind-boggling, but you have to start somewhere."