A prominent Christopher Columbus statue in South Philadelphia is “unacceptable” for most residents and threatens public safety, the mayor’s administration argued Wednesday during a meeting about removing the monument.

“It is clear  from the last several weeks and months that maintaining the Columbus statue at Marconi Plaza is unacceptable to the majority of residents of Philadelphia and, in fact, completely unsafe,” said James Engler, Mayor Jim Kenney’s chief of staff. 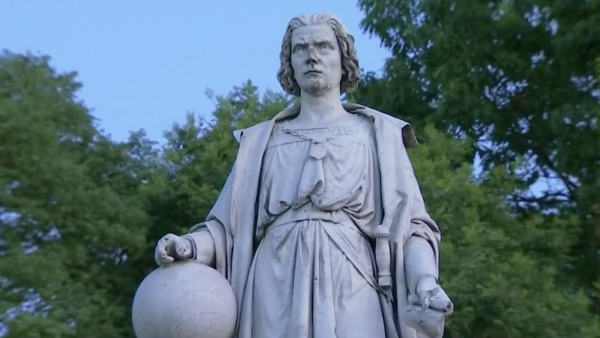 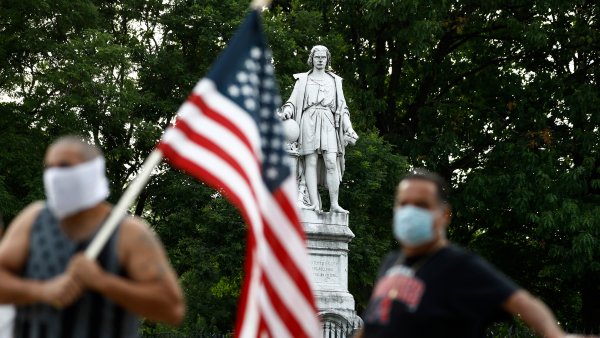 City officials said during the Philadelphia Art Commission's special meeting that they support taking down the statue, in line with the wishes of most of the nearly 13,000 people who responded to a survey about the effigy’s future.

A further sampling of people who live in two zip codes near the plaza also found broad negative feelings about the statue.

Like some others, though, Rich Cedrone, president of the Friends of Marconi Plaza, questioned how the city went about issuing the survey. He noted that older people may have not responded due to not knowing how to use the online survey, and he questioned whether others who responded actually live in the city.

Cedrone said the statue “means the world to the Italian community” and highlighted positive events at the park, like movie nights for kids, multicultural theater performances and spring concerts.

“I think this would be a travesty to have the statue taken down,” he said.

Still others argued that the statue represents racism and genocide against indigenous people.

“Taking down the statue means that we are gonna stop telling the lie of Columbus the hero. It means that the park is for everybody,” one man said.

The statue became a cultural flashpoint when a group of mostly men, some armed with bats and at least one with a rifle, surrounded the sculpture on June 13th. The group was responding to unfounded social media rumors that the city planned to take down the statue as people in other cities tore down similar sculptures as the nation once again faced a racial reckoning.

Some of the men clashed with counter-protesters, and the city later covered the stue with a wooden box. Since then, at least one police officer has kept guard near Columbus’ likeness “24/7” in order to prevent further clashes, Berg said.

Should the statue be removed, it will be placed in storage. Engler said the city hopes someone might come forward with a private site at which to place it.

He added that Kenney’s administration is open to a replacement monument that would still honor Italian history.

“Italian history is rife with artists, inventors, scientists and the like who are far more worthy of having their likeness made into a monument,” he said.

The Philadelphia Art Commission will take its final vote on whether to remove the statue on Aug. 12, after the city’s historical commission hosts its own meeting on the matter.