A group of largely white men, at least one armed with a rifle and some with baseball bats, were involved in small skirmishes as they surrounded a South Philadelphia statue of Christopher Columbus Saturday afternoon, according to video of the incident.

The men at Marconi Plaza said they were there to protect the statue after other effigies of the Italian explorer and colonizer were defaced or torn down in other parts of the country, with people pointing to Columbus' brutality against indigenous people in the Americas as reason for why he should not be revered.

More people, both in favor and against the statue, arrived at Marconi Plaza, which is a public park, Sunday morning and held discussions about the topic.

A day prior, a reporter with Unicorn Riot – a nonprofit journalism organization that describes its work in part as “dedicated to exposing root causes of dynamic social and environmental issues” – was confronted by some of the men as he took video of the proceedings.

Some men tried to swat his cellphone away while another grabbed and pulled his bicycle. Another man sliced the bike’s tires.

Philadelphia Police Department officers were present, but largely observed as events did not seem to escalate beyond those incidents, though they did stand between the reporter and the men at times and physically pushed back one man as he tried to swat away the reporter’s phone.

Other people with the group of men also intervened on multiple occasions, at times restraining them and urging nonviolence. 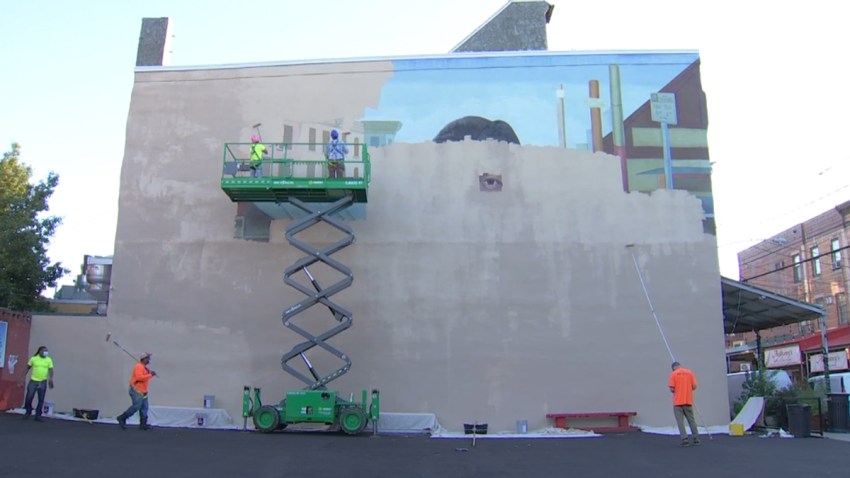 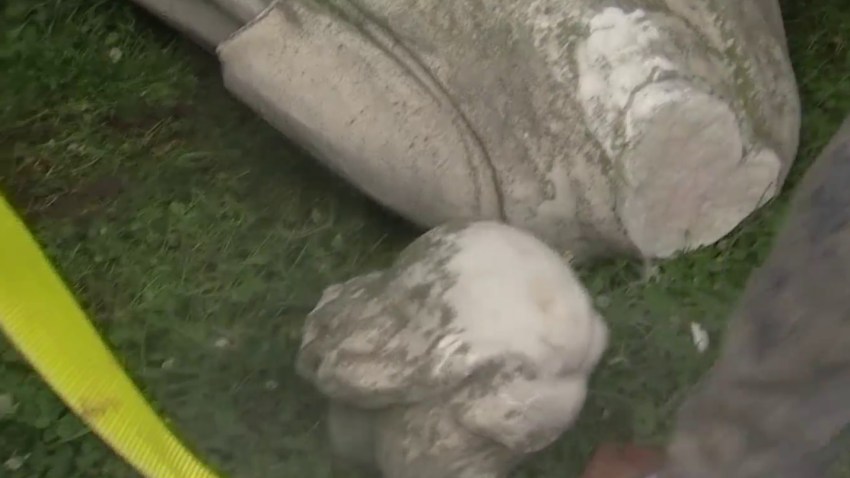 Video shows the reporter eventually forced to leave by a Philadelphia police captain, who tells him he is “aggravating” a “volatile situation.”

The Philadelphia Police Department did not immediately return a request for comment from NBC10.

Mayor Jim Kenney tweeted about the incident Sunday, writing that he is "aware of the groups of armed individuals 'protecting' the Columbus statue in Marconi Plaza."

"All vigilantism is inappropriate, and these individuals only bring more danger to themselves and the city," Kenney said. He added, "We are also aware of an apparent assault caught on video tape, as well as possible restrictions placed on journalists filming the event. These incidents are under investigation at this time."

The group as well as counter-protesters returned to Marconi Plaza Sunday and remained during the evening despite the police urging them to leave. The area around the statue is currently closed off.

The weekend's events echo what happened in the Fishtown neighborhood nearly two weeks ago.

Groups of people, some armed with bats and other weapons, were seen standing watch Monday across Philadelphia. Some groups said they were protecting stores from looters, but other groups were seen antagonizing protesters.

There, a group of white men – also armed with baseball bats – defied a citywide curfew and intimidated protesters marching against racism and police violence in the wake of George Floyd’s death. They also assaulted a WHYY reporter.

Philadelphia Mayor Jim Kenney described the men as “vigilantes” and criticized police officers, who he said largely stood by and fraternized with the armed group.

Philadelphia has become somewhat of a cultural flashpoint in recent weeks. Protests against racism have led to the removal of a statue and mural of former mayor and police commissioner Frank Rizzo, himself of Italian heritage.

Rizzo, a native of South Philadelphia, which still has a large population of people with Italian roots, is both celebrated and criticized in the city. Some see him as a devoted public servant while to others he represents systemic racism and brutality against minority communities.