A Roman Catholic priest convicted of traveling to Honduras to molest orphaned boys during missionary trips is seeking a public relations firm to tell his side of the story.

The Rev. Joseph Maurizio Jr. was found guilty in September of engaging or attempting to engage in illicit sexual conduct in foreign places, as well as possessing child pornography and money laundering. He is being held in the Cambria County prison, where he has been held since his September 2014 arrest, and is scheduled to be sentenced on Feb. 2.

The 70-year-old Maurizio was accused of using a self-run Johnstown-based charity called Humanitarian Interfaith Ministries to travel to an orphanage for several years ending in 2009. Prosecutors said he promised candy and cash to the boys to watch them shower, have sex or fondle them. 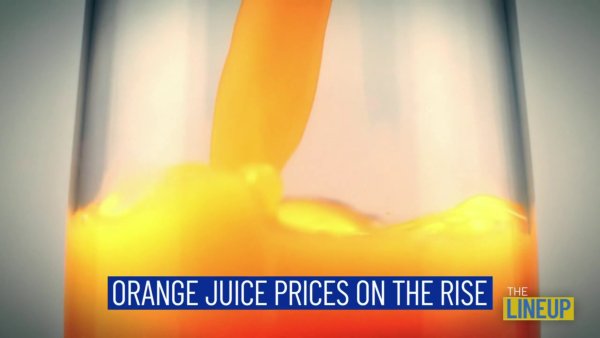 The Lineup 45 mins ago

Orange Juice Prices on the Rise: The Lineup

His attorney, Steven Passarello of Altoona, told the Pittsburgh Tribune-Review (http://bit.ly/1OjSOoa ) on Wednesday that the former priest at Our Lady Queen of Angels Catholic Church in Central City is looking for a public relations firm to tell his version of events.

"He is desirous of getting his side of the story out because he has maintained his innocence throughout, notwithstanding the jury's verdict, but believes he was wrongfully convicted," Passarello said.

According to the newspaper, Passarello describes Maurizio in a five-page letter to unidentified public relations firms as "an American political prisoner" whose "civil rights as an American citizen have been violated by multiple international government agencies."

A support group for victims of clergy abuse is urging public relations firms to refuse to help.

"A convicted predator priest is apparently hiring a public relations firm in advance of his sentencing," David Clohessy, director of the Survivors Network of those Abused by Priest, said in a statement. "We hope his bishop prevents him from doing this or that no firm accepts his offer."