A mother, her baby and two other young children were killed when a speeding car spun out of control during a police chase and plowed into a crowd of neighbors enjoying the warm evening in Feltonville Wednesday night.

The driver was running from a crime scene and had just turned onto 3rd near Wingohocking when he lost control of the car, according to police. The crash was so violent, the car ended up wedged between a rowhome and utility pole.

Two children died at the scene, Gina Marie Rosario, 7, and a 5-year-old. The baby, 11-month-old Remedy Smith died at the hospital Wednesday night and her mother, Latoya Smith, 22, died Thursday morning from her injuries.

Police, rescue crews, neighbors and the Mayor converged on what quickly became a chaotic and emotional scene.

"This is an incredible tragedy," said Mayor Michael Nutter. "Three children killed senselessly through the action of this individual. All we can ask is that the citizens of the city pray for these children, pray for these families."

It "was like a bomb blew up," Robert Martinez told the Daily News. "I started running when I heard the crash," said Andres Cruz, of Olney, who said it sounded like an explosion. 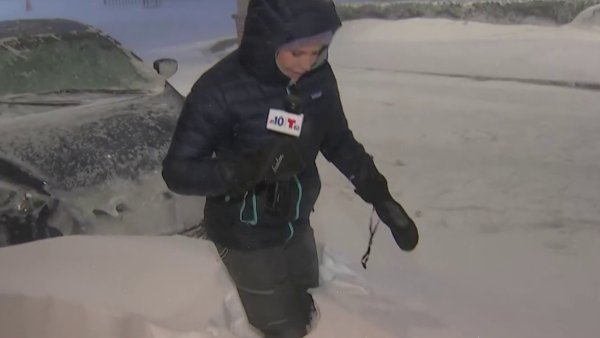 The suspect is one of two men accused of stealing a motorcycle in North Philadelphia around 7:30 p.m. The other suspect took off on the motorcycle and he sped away in a silver Pontiac Grand Am.

Early reports said police were in pursuit at the time of the crash, but Commissioner Charles Ramsay said Thursday that was not true. He said the officer who had been following the suspect got stuck in traffic and lost the car.

Both suspects are in custody.

The stolen motorcycle was found several blocks away from the accident scene at a house where police said they found the second suspect along with several guns.