The Assembly voted 65-5 with six abstentions, sending the bill to the Democrat-led Senate, which has already passed a similar bill in committee.

The legislation is named after 7-year-old Jake Honig, of Howell, who died last year after a fight with a brain tumor and whose parents fought for easier access to cannabis to ease the pain of certain illnesses.

"For many suffering from critical and chronic illnesses, increasing access to medicinal cannabis will mean the difference between being able to participate in life or having to suffer every day with intense pain and debilitating symptoms," Assembly Speaker Craig Coughlin said in a statement. 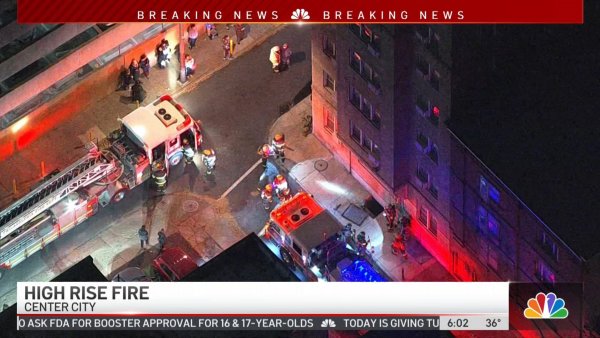 Lawmakers turned their attention to expanding medical marijuana after they failed to get enough votes in March for a measure legalizing recreational marijuana.

Under the medical marijuana expansion, the number of licenses for cultivators would increase to 23. Currently, there are six treatment centers in the state, with six more planned.

The measure also sets up a five-person commission to oversee the program. Currently it's overseen by the Health Department.

It also makes it easier for patients to access cannabis. Under current law, only doctors can authorize the drug, but the measure permits physician assistants and some nurses to authorize its use.

Among other changes, the legislation would also end the application of the state's 6.625% sales tax in 2025. Republicans tried before the floor vote to immediately end the sales tax, but were rebuffed by the Democratic majority.

The measure eventually discontinues the sales tax for medical pot, but it does allow towns to apply a transfer tax of up to 2% on dispensed cannabis.

Democratic Gov. Phil Murphy hasn't weighed in specifically on the bill, but has said he has mixed views on lawmakers' efforts now to focus on expanding medical marijuana. Murphy himself has taken regulatory action to expand the number of illnesses treatable under the program, among other changes.

What's next for recreational pot is uncertain, but Senate President Steve Sweeney says he'll pursue a ballot question to legalize the drug. Murphy and Coughlin haven't endorsed or opposed the notion.

New Jersey is one of more than a couple of dozen states with a medical marijuana program. Ten states and the District of Columbia have legalized recreational pot.