Terry Ruggles Calls It a Career

After 38 years at Channel 10, Terry Ruggles calls it a career

It was back in August when NBC10's Terry Ruggles announced he would be retiring in December. Now, after nearly four decades with Channel 10, that day is finally upon us.

Monday marks the final day of Terry's legendary career in news where he met everyone from Olympians to mayors to governors to the Pope.

Words could do no justice to what Terry has meant to NBC10 and, more importantly, Channel 10 viewers over the years. But, here’s a try at it anyway. 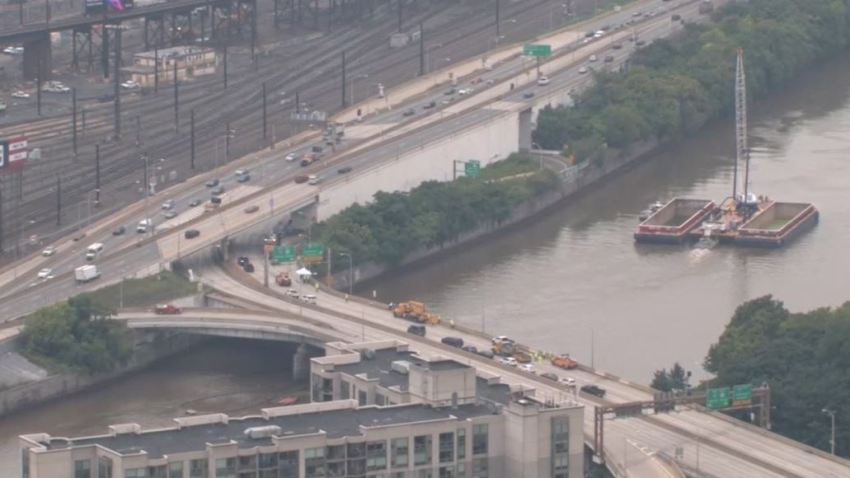 Tugboats Pull Barges Away From Closed I-676 Bridge

While reporting for channel 10 Terry has done it all – news anchor, reporter, even weather man – plus he’s covered the biggest stories including both World Trade Center terrorist attacks, the Olympics twice (Albertville and Salt Lake City), the death of the Pope and he went with our troops to Saudi Arabia.

"He has covered political conventions and has even helped negotiate a prison hostage situation," said NBC10 Vice President of News Anzio Williams. "As his wife Mary Jane describes it, it was Christmas Eve and Terry was anchoring. Police called the station and asked if Terry could go and help negotiate with prisoners who were holding hostages. Terry went to the prison and helped settle the whole mess before Christmas Day dawned."

Terry also tried out your jobs, dressed up for Halloween (in outfits viewers picked) on air and made us all smile.

His snow ruler came out every winter storm and Terry got blown about by numerous storms including nine hurricanes including Sandy just a few weeks ago.

Terry says he is so lucky to have done what he’s loved -- telling the news -- for so many years.

"Working with Terry for more than a month and I can honestly say you will have to look very hard to find a better person that is a superior journalist," said Williams.

Terry also shared his battle with testicular cancer gaining strength from the community as a whole.

Take a look at memorable moments in Terry's career in our photo gallery.