Loved ones are mourning a South Philadelphia father who died last month after a man followed him and then struck him over the head.

Chris Colanero, 39, was walking along the 800 block of Reed Street back on Dec. 21 around 10:30 p.m. At the same time an unidentified man carrying an object under his left arm began following him. Investigators said the man struck Colanero with the object before fleeing the scene.

PGW workers nearby heard a “pop” and then found Colanero unconscious with his personal items pulled out of his pockets and tossed on the ground. Colanero was later pronounced dead. Police said he died from blunt force trauma.

While police said the suspect was carrying an umbrella, family members believe the man used a bat or club when he struck Colanero.

“On the video, he’s waiting and following him,” Robert Colanero, the victim’s brother, told NBC10.

A prayer card for Chris Colanero was posted near the grill at Jimmy G's Steaks on Broad Street and Ridge Avenue where he worked as the general manager.

“If you ever met him, you’d think he was the sweetest guy you ever met,” Colanero’s co-worker, Mike Sistrunk, said. “For that to happen to him, very tragic.”

Police released surveillance video of the suspect. He’s described as a dark-skinned man with a medium to stocky build. He was last seen wearing a dark-colored hooded jacket or sweatshirt with a light-colored design and a character on the chest, grey sweatpants with light-colored rectangular markings on the knee area of each leg and light-colored athletic shoes with dark markings.

“Whoever did it, they’re going to pay for what they did by the law or God’s going to take care of it,” Robert Colanero said. 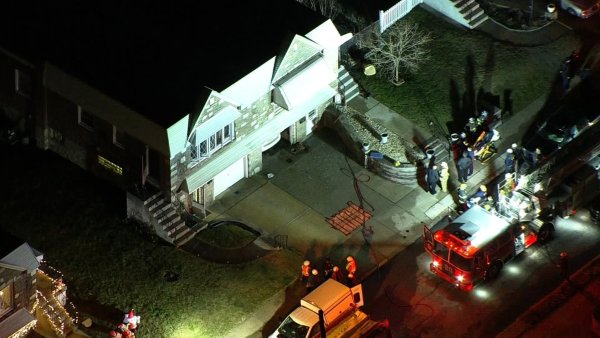 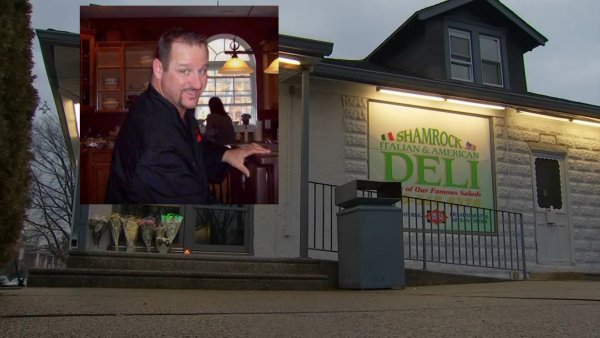