The alleged triggerman in the stray-bullet killing of a 3-year-old Philadelphia girl was arrested Monday night, according to a high ranking police official.

Brandon Ruffin, 22, was arrested shortly before 10 p.m. after U.S. Marshals and the Fugitive Task Force of Philadelphia executed a search warrant at a home on the 5600 block of Bloyd Street in the Germantown section of the city.

Investigators believe Ruffin, of the 1300 block of Wharton Street, fired the shot that wounded three adults and killed Tynirah, who was hit by a stray bullet along the 1500 block of S Etting street in the city's Grays Ferry neighborhood Friday night. . 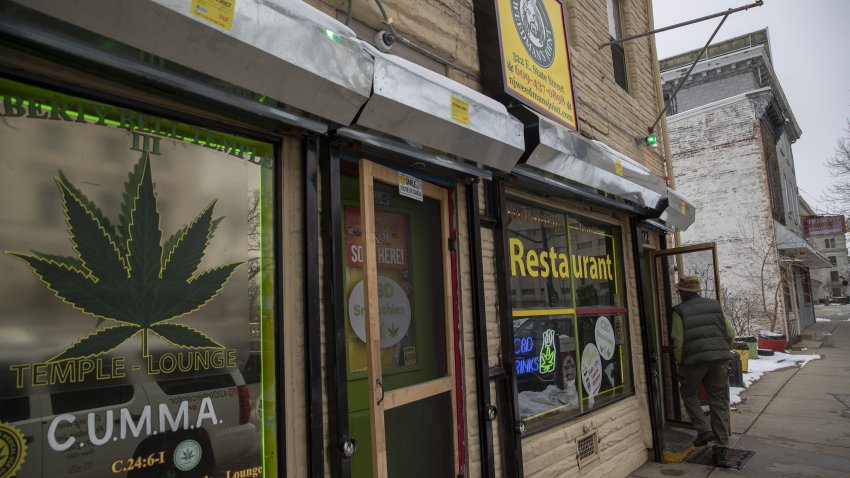 Investigators already charged Ruffin's alleged accomplice, Douglas Woods, 22, of the 1400 block of South Ringgold Street, with murder and other offenses, but witnesses and police tell NBC10 Ruffin was the gunman.

Court records show that Ruffin had multiple run-ins with the law in his past. He was released from prison July 3 -- less than a month before he allegedly pulled a gun when he got into an argument, according to police.

Ruffin, Woods and another man, 24, were arguing along Etting Street, according to police. In a moment the neighborhood street, where Tynirah was getting her hair done by a family friend, turned violent.

Ruffin allegedly pulled out a gun and started firing, according to witnesses.

The intended target -- the 24-year-old man involved in the argument -- suffered a gunshot wound to the head and three others -- Tynirah, a 21-year-old man and a 28-year-old woman -- were also hit, according to officials.

Tynirah was struck in the left side of her chest and died a short time later at the Children's Hospital of Philadelphia. The three others were transported to the Hospital of the University of Pennsylvania.

Ruffin is charged with murder, attempted murder, conspiracy and other related offenses. He remains in custody.