Gunman Walks Up to Group of People at Corner and Fires 17 Shots; 3 People Hurt

There was no argument, according to witnesses, before a gunman fired 17 shots into a group of people on a Kensington street corner, Philadelphia police say

A gunman walked up to a group of people gathered on a corner in Philadelphia's Kensington neighborhood overnight and opened fire into the crowd, leaving three people injured.

At least 17 shots were fired in the shooting at Coral and East Rush Streets around 12:30 a.m. Friday, Philadelphia police said.

Officers arrived to find a 37-year-old man who was conscious despite being shot in the face and arm, Police Chief Inspector Scott Small said. They rushed him to the hospital where he was treated in stable condition.

A 26-year-old woman was driven to the hospital with a graze wound to her eye, police said. She was listed in stable condition.

A 34-year-old man was also driven to the the hospital with a gunshot wound to his foot, police said. He was listed in stable condition.

Witnesses told investigators that a group of about a half dozen people were on the corner talking to each other when another man in a red hooded sweatshirt walked up toward them.

"When he got to the intersection, pulled a gun and just began firing into the crowd," Small said. "There was no argument, no robbery, we have no motive, according to the witnesses."

Police hope that surveillance video will help them track down the shooter. 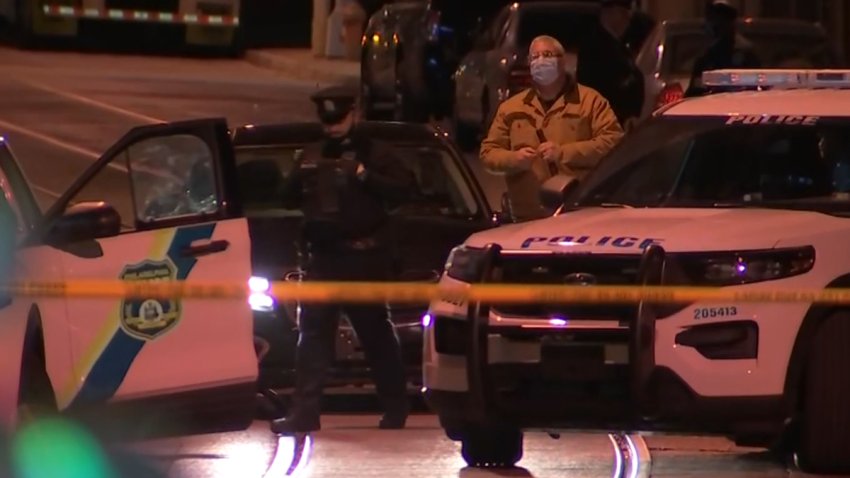 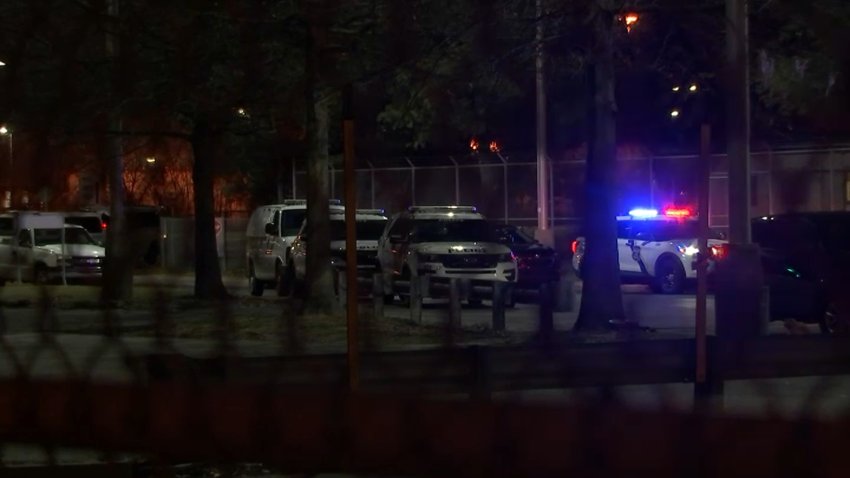 Entering Friday, at least 114 homicides have been reported in Philadelphia so far this year, that's up 31% from the same time last year.