Girl, 6, Struck by Wrong-Way Hit-and-Run Driver During Gunfire in Philly

The 6-year-old girl is in stable condition.

A young girl is recovering after she was struck by a hit-and-run driver who was traveling the wrong way during gunfire in Philadelphia's Kensington neighborhood early Wednesday evening.

During the shooting, a woman driving a minivan was traveling the wrong-way on a one-way street and crashed into the girl as she ran to her house. 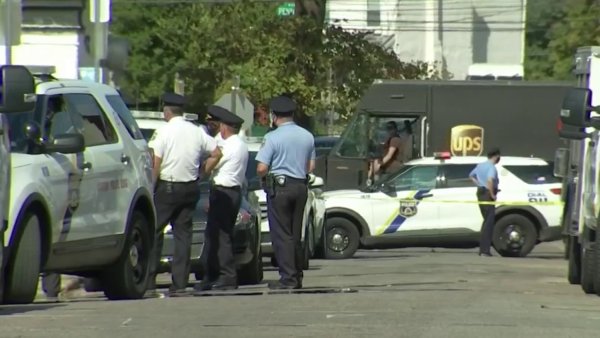 The minivan then left the scene. Police said the driver of the van may have been trying to flee the gunfire.

The girl was taken to Temple University Hospital and is currently in stable condition.

"When police found her, she was conscious. When we got her to the hospital, she was still conscious. So she's very lucky," Small said.

The hit-and-run vehicle is described as a gray or charcoal minivan, possibly a Chrysler. Investigators are also working to determine whether or not the hit-and-run driver was involved in the shooting.

Police initially thought the girl had also been grazed by a bullet to the face. They later said they couldn't confirm if she was shot however.

"Think of my kids," Krystal Kelley, a witness, told NBC10. "And God forbid it was to ever happen to one of them, I would want somebody to come forward and say something. Because she doesn't deserve that at all."

It was the third crash to occur in Philadelphia Wednesday night and the second crash involving a child. In Northeast Philadelphia, a 5-year-old boy was struck and killed by a pickup truck. The driver in that crash remained at the scene however.