An abandoned pit bull is getting a second chance at life after being rescued from the woods in Trenton, New Jersey.

Officer Joe Antonello was on duty last Wednesday when he received a call reporting an animal in the woods on Lamberton Road at Duck Island. There he found a small, brown and white pit bull who could not walk and was barely breathing.

“She definitely didn’t get down there by herself,” explained Antonello. “No question, if I had found her an hour later, she would have died.”

The dog was transported to CARES in Langhorne where staff found plastic lodged in her gums and a screw in her stomach. Veterinarians got right to work to get the dog, whom they named Rue, in tip-top shape. Rue is 2-years-old and when she arrived at CARES, she only weighed 26 pounds. Rue was found to be both anemic and cachectic. She is now receiving fluids, a blood transfusion, antibiotics and is being fed slowly in hopes of avoiding re-feeding syndrome. 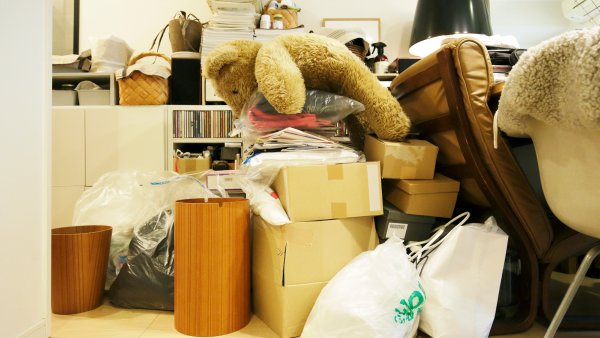 It's Not Too Late Into 2022 to Get on Track and Declutter Your Life: Here's Tips

Officer Antonello wants to remind people that “this type of crime is considered an indictable offense under New Jersey state law.” Multiple charges could be brought up against the person or persons who left Rue in the woods, including charges for abandoning a sick or injured domestic animal, cruelty and failure to provide sustenance to a living creature, and torturing a living creature.

Staff members at CARES say Rue is a sweet and affectionate dog who gives lots of kisses but is expected to be hospitalized until Tuesday. Then, she will be cared for at home by a CARES nurse.

“Rue has a strong will to get better and she has stolen our hearts,” said CARES Emergency Veterinarian Dr. Morgan Callahan.

Anyone with information on Rue or her owner is asked to contact Trenton Humane Law Enforcement and Animal Services at 609-989-3254.