Two men pumping air into their tires at a gas station were shot during an apparent drive-by shooting near the Philadelphia-Montgomery County border early Friday morning.

The shooting took place just after 1:30 a.m. at the Sunoco gas station on the 400 block of West Cheltenham Avenue at Oak Lane Road in the East Oak Lane neighborhood, Philadelphia police said.

Two men were shot, one in the foot and one in the hand, Philadelphia Police Chief Inspector Scott Small said. Both men were listed in stable condition at the hospital.

The two men and a friend suddenly saw a white SUV pull up next to the gas station parking lot along Cheltenham Avenue moments before the shooting, Small said.

The rear passenger-side window went down and "they saw a gun come out the window," Small said.

At least four shots were fired, investigators said. Bullets also struck a tire on the victims' vehicle and the gas tank, causing gas to leak onto the parking lot. 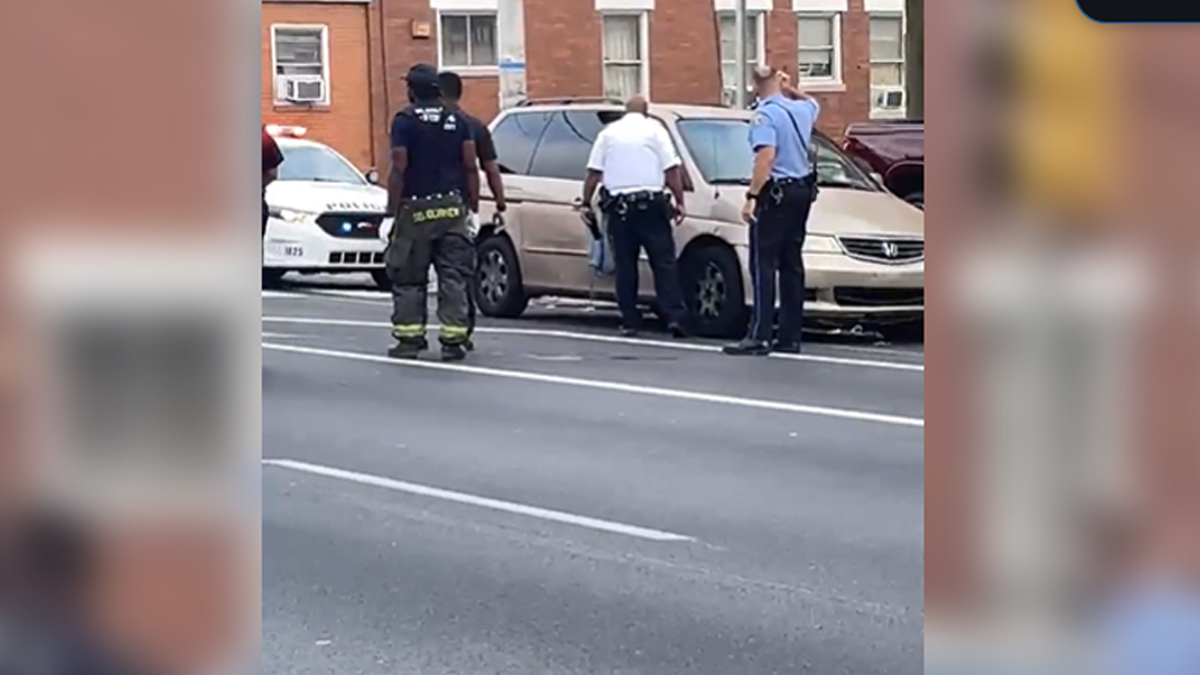 Police didn't have a motive for the shooting and said no words were exchanged prior to the shooting.