A carjacking, a police chase, a crash, police gunfire and an arrest.

A violent series of events left one man in the hospital and a teenager behind bars overnight.

A 56-year-old man told police that he stopped at the Gulf gas station at 60th Street and Lindbergh Boulevard in Southwest Philadelphia around 11 p.m. Thursday to fuel up his new sports utility vehicle when an armed teenager approached him. 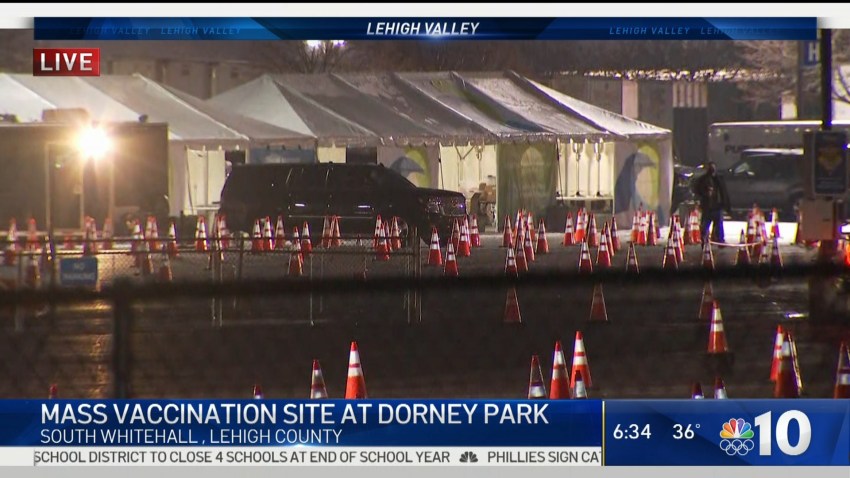 “His 2014 Kia Sorrento was carjacked point of gun and just before his vehicle was taken he was hit in the head with the gun,” said Philadelphia Police chief Inspector Scott Small.

The 56-year-old man reported the incident to police and was taken to the Hospital at University of Pennsylvania to get eight stitches in his head, according to police.

Around 1 a.m. Friday, an officer spotted the stolen SUV and attempted to stop the vehicle but the car sped off leading to a chase, said Small.

The chase ended at 56th Street and Springfield Avenue in the city’s Kingsessing neighborhood.

“Unfortunately the suspect… lost control and crashed that Kia Sorrento into a parked vehicle and caused major damage to the front-end,” said Small.

The crash also damaged a Cadillac parked along the roadway and a police car also sideswiped another cruiser.

Officers also at some point opened fire on the suspect but the shots missed. Neither the suspect -- a 19-year-old nor the officers were hurt.

Officers said the victim was taken to the scene to identify the suspect.

Nearly five hours after the crash, police continued to investigate the incident as the unidentified teenager was taken in for questioning. Police said this wasn't the first time the 19-year-old was in trouble with the law.

Police say the gun used in the robbery wasn't recovered.

This is the second carjacking to take place at a gas station this week. On Wednesday, a cabdriver was carjacked while pumping gas in Center City. The suspect in that case also crashed the car and was later arrested.