Watch President Biden deliver remarks on the coronavirus pandemic at 4:15 p.m. ET in the video player below

Johnson & Johnson's coronavirus vaccine will be available to eligible Americans beginning Tuesday. The one-dose shot became the third to receive emergency use authorization from the United States' Food and Drug Administration over the weekend.

With the U.S. vaccination drive picking up speed, states eager to reopen for business are easing virus restrictions despite warnings from health experts that moving too quickly could prolong the misery. “I remain deeply concerned about a potential shift in the trajectory of the pandemic,” Dr. Rochelle Walensky, head of the Centers for Disease Control and Prevention, said on Monday.

The U.S. has reported more than 516,000 deaths and 28 million coronavirus cases since the start of the pandemic, according to a tally by NBC News.

Here are the latest coronavirus updates from the U.S. and elsewhere:

The Biden administration is expected to announce new guidelines for people in the U.S. who have been fully vaccinated, according to NBC News.

The guidance expected to be released Thursday by the U.S. Centers for Disease Control and Prevention will state that people who have been fully vaccinated can gather in small groups indoors without wearing masks.

Dr. Anthony Fauci on Monday said that the risk of spreading the virus in a small gathering of fully vaccinated people is "so low that you would not have to wear a mask."

Currently, the U.S. has approved three COVID-19 vaccines for distribution: the Pfizer and Moderna vaccines require two doses, while the Johnson & Johnson vaccine is a single shot inoculation.

Biden: US Expects Enough COVID Vaccine for All Adult Americans By End of May, 2 Months Earlier Than Anticipated

President Joe Biden said Tuesday that the U.S. expects to take delivery of enough coronavirus vaccines for all adult Americans by the end of May, two months earlier than anticipated, as his administration announced that drugmaker Merck & Co. will help produce rival Johnson & Johnson’s newly approved shot.

The announcement comes as the White House looks to speed the production of the single-dose J&J vaccine and accelerate the nation’s plans to reach “herd immunity” in the U.S. and begin restoring normalcy after the pandemic. Biden noted that vaccine supply was only one bottleneck toward that goal, and that the new challenge will be injecting doses into arms as swiftly as possible.

To that end, the Biden administration told governors Tuesday to prepare for their supplies of vaccine to continue to climb over the coming weeks. Additional doses are also heading toward a federally backed program to administer doses in more accessible retail pharmacies.

Officials have said J&J faced unexpected production issues with its vaccine and produced only 3.9 million doses ahead of its receiving emergency use authorization on Saturday. The company has promised to deliver 100 million doses by the end of June.

White House press secretary Jen Psaki also announced Tuesday that the federal government was increasing supply of the Moderna and Pfizer vaccines to states next week to 15.2 million doses per week, up from 14.5 million previously. States will also receive 2.8 million doses of the J&J shot this week.

On a call with governors Tuesday, White House coronavirus coordinator Jeff Zients said states should prepare for administering 16-17 million total weekly doses of Pfizer and Moderna vaccines by the end of March, climbing to 17-18 million weekly by early April. The supply of J&J doses to states, expected to dip after the initial shipment this week, will climb to 4-6 million weekly doses by the end of March and 5-6 million doses weekly through the end of April.

More than 800,000 doses of the J&J vaccine will also be distributed this week to pharmacies to administer in a separate federally-run program that also includes 2.4 million doses of the other two shots. Both figures are expected to steadily increase, as the White House increasingly looks to the capacity of pharmacy chains like CVS and Walgreens to help speed the nation's mass vaccination campaign.

The assistance from Merck was expected to help J&J meet its production commitments and expand supply even further, but the administration did not immediately provide specifics.

Texas Gov. Greg Abbott (R) says it's time to "open Texas 100%" and ended the statewide mask mandate, effective next Wednesday, citing downward trends in hospitalizations and the availability of medicines and vaccines to keep people from requiring hospitalization.

The governor delivered a statewide address Tuesday from Lubbock where he said the state mandates were no longer needed in the battle against COVID-19 and that he was issuing a new executive order that rescinds most of his other pandemic-related orders.

The new order allows all businesses, of any type, to open 100% and no longer requires that people wear face masks in public.

The governor rationalized the move by citing hospitalizations of people infected with the virus being at the lowest they have been in the last four months and that the number of active COVID-19 cases are less than half of what they were a month ago and that they are also at their lowest point since November.

When Abbott put the restrictions in place last summer, the number of hospitalizations was half of what they are today and the total number of cases since March was fewer than 2,500. As of Monday, data from the Texas Department of State Health Services estimates there are currently 156,989 active cases of the virus in the state.

Read the full story from NBCDFW.com.

A letter written by experts at Memorial Sloan Kettering Cancer Center, Brigham and Women's Hospital, Dana-Farber Cancer Institute and MD Anderson Cancer Center advises women to schedule their annual mammograms either before or at least six weeks after getting vaccinated, due to swelling caused by the vaccine that may be mistake as a sign for cancer.

WH: Vaccine Doses to Increase to 15.2M a Week

The White House is announcing an increase in available coronavirus vaccines to 15.2 million doses a week, up from 14.5 million.

States are receiving 2.8 million doses of the newly approved Johnson & Johnson vaccine this week. That means a total of 18 million doses will go out this week. Upcoming shipments of the J&J vaccine could be uneven during the next few weeks as the company ramps up production.

People with autism and other sensory sensitivities know how tough this pandemic has been, especially when it comes to masks. Rafi Nova, a Massachusetts company, has come up with a solution: a "sensory friendly" mask.

“It’s designed with individuals with autism as well as others with sensory sensitivities,” said Marissa Goldstein, CEO of Rafi Nova.

The company worked with therapists at Easterseals Southern California to come up with the design to help people with autism and other sensory sensitivities, NBC Boston reports.

The company, which started as a fashion brand, pivoted to making masks last April. Rafi Nova has donated thousands of masks.

“As long as we need to be wearing masks , we want to create masks for people who can’t wear traditional masks,” said Goldstein.

Calabria Restaurant and Pizzeria in Livingston, New Jersey was feeling the crunch when they were forced to shut down indoor dining and pivot to takeout only during the coronavirus pandemic. But despite their own struggles, and the worry for all of the people they employ and their families, this hub of the community has managed to donate over 4,000 meals during a time when many people are still worried about how to feed their families.

The Ottaiano family immigrated to the United States from Italy in 1977 and eventually opened up their own pizzeria, Calabria. Now, after 40 years in business, they are not only keeping their doors open but also extending their gratitude and good fortune to their community by feeding those in need, no questions asked.

In November, the restaurant posted a message on social media that astonished customers and caused them to reach out with their own offers to help.

Read the full story on TODAY.com.

The Vatican is defending Pope Francis’ decision to go ahead with his trip to Iraq this weekend despite rising coronavirus infections there and concerns about crowds wanting to see him.

The Vatican says health care precautions are being taken and the trip is an “act of love for this land, for its people, and for its Christians.”

Francis is due to visit Iraq Friday through Monday in his first foreign trip since the start of the pandemic. He plans to celebrate a Mass for an expected 10,000 people in the sports stadium in Erbil.

Coronavirus cases have spiked in the past month in Iraq and infectious disease experts say a high-profile trip by a world leader to a country with a fragile health care system is not a good idea.

Vatican spokesman Matteo Bruni was asked why the trip couldn’t be postponed a few months. Bruni noted Iraq has a predominantly young population, the number of infections was small compared to the overall population and papal events will follow Iraqi health protocols. Those include limited participation and social distancing.

San Francisco is poised to allow indoor dining, movie theaters and gyms with reduced capacity as the most recent coronavirus surge continues to decline. It is expected to join several other counties Tuesday in moving to the less restrictive red tier from the current purple tier.

More of California’s economy is opening back up for business throughout the state as more residents are vaccinated. Several counties in the San Francisco Bay Area issued a strict-stay-at-home order nearly a year ago, in advance of a statewide shutdown.

Public health officials in the Bay Area for the most part have been more cautious than peers in southern California and in other states about reopening the economy.

China's COVID Vaccines Sweep Much of the World, Despite Concerns

China’s vaccine diplomacy campaign has been a surprising success: It has pledged roughly half a billion doses of its vaccines to more than 45 countries, according to a country-by-country tally by The Associated Press.

With just four of China’s many vaccine makers claiming they are able to produce at least 2.6 billion doses this year, a large part of the world’s population will end up inoculated not with the fancy Western vaccines boasting headline-grabbing efficacy rates, but with China’s humble, traditionally made shots.

However, concerns over safety and efficacy, as well as a dearth of publicly available data also means many are suspicious. But due to the pandemic's urgency, many countries have chosen to use China's vaccines. 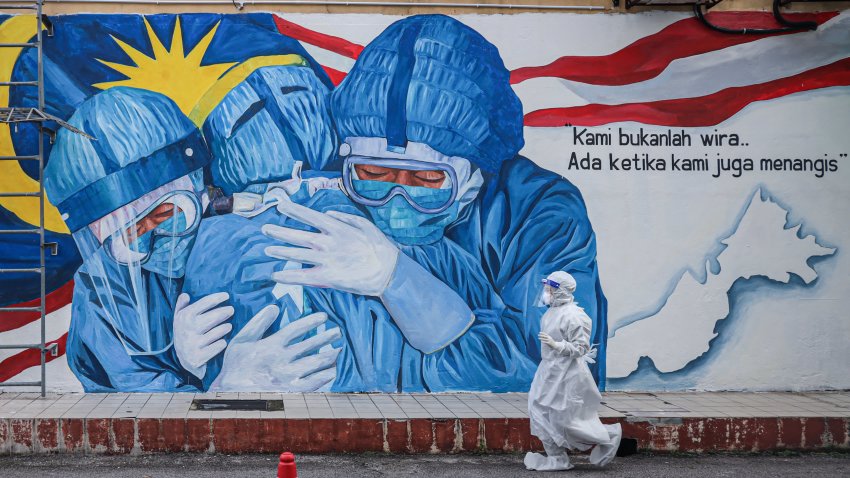 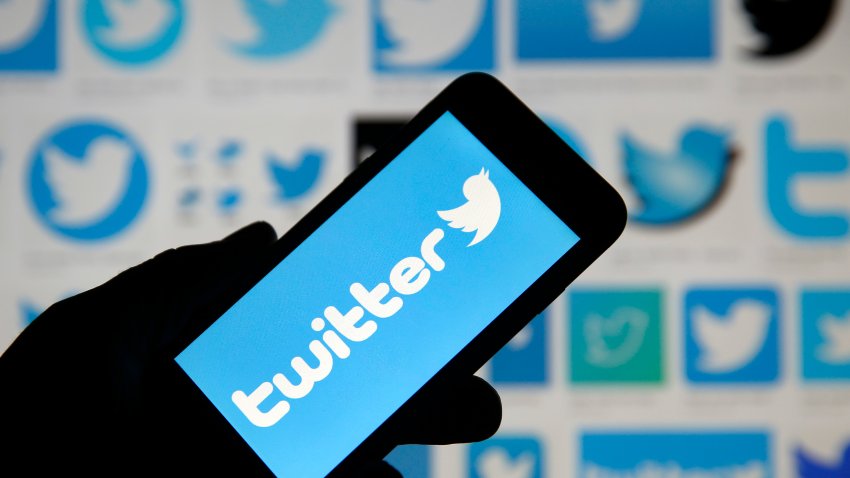