Gov. Phil Murphy says that the limit on indoor gatherings in New Jersey will be lowered to 10 people Tuesday morning and the outdoor limit to 150 next week

Gov. Phil Murphy is lowering indoor and outdoor capacity limits in New Jersey as the Garden State deals with a second wave of coronavirus that is causing record daily infections.

Murphy said Monday he would sign an executive order retightening indoor gatherings at a 10-person capacity -- echoing a move made by New York Gov. Andrew Cuomo last week and another Gov. Ned Lamont made in Connecticut the week before. Outdoor gatherings in New Jersey will be limited to 150, a reduction of 70% from the current limit of 500.

Murphy signed the order Tuesday morning. The new indoor limit went into effect at 6 a.m. Tuesday, while the outdoor level kicks in on Monday, Nov. 23. The lower levels come just before Thanksgiving and ahead of the winter holidays.

"We are urging everybody to keep their Thanksgiving gatherings as small as possible," Murphy said.

Murphy said indoor gatherings – including weddings, funerals, performances, religious ceremonies and political events – may continue under current rules that limit capacity to 25%, up to 150 people.

Indoor sporting events can also exceed the 10-person limit to include officials, players and coaches, but fans won't be allowed if those necessary people exceed 10. Murphy said indoor sporting events -- especially hockey -- remain a concern as people get close to one another not only in competition.

Murphy said he understood that the new limits would lead to frustration, but said little about 2020 has been normal.

The first-term Democrat told MSNBC Monday morning that private settings and virus fatigue have played a role in the recent surge of cases.

"We think those are steps coupled with some of the other steps we've taken, which will hopefully begin to shave these numbers down," Murphy told MNSBC. "It's gotten worse and it's going to get worse... particularly with the cold weather... with the holidays, this is going to get worse."

The developments come after New Jersey broke its own single-day case pandemic case record twice in two days over the weekend, reflecting the struggles of the nation amid a coronavirus surge. The Garden State broke its spring record on Saturday when Murphy announced 4,395 new cases of COVID-19. It took 24 hours to break it again Sunday, with 4,540.

On Monday, the daily case total was 2,232. Burlington, Camden and Gloucester counties all reported more than 100 new cases Monday.

Murphy noted that the statewide cases reported just in the past four days have now amounted to 5% of the total cases (more than 279,000) since the start of the pandemic.

"The positivity rate for all PCR tests recorded on Thursday was 9.43%," Murphy said. "The statewide rate of transmission is now 1.40."

Murphy called the increases "alarming." On Monday, he said that the numbers could get even worse in the cold months of December and January. 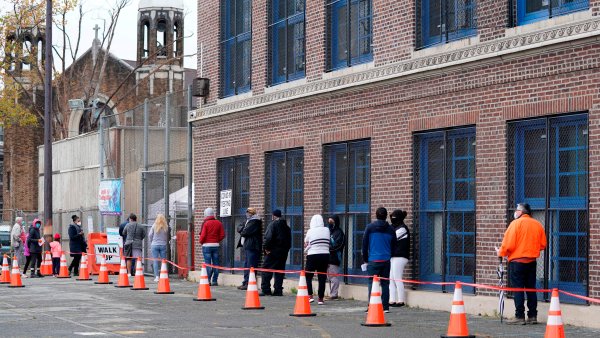 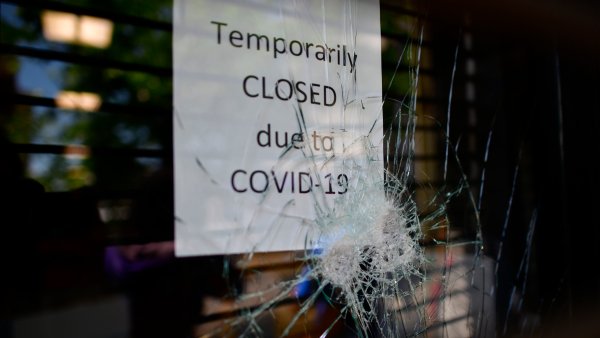 Despite the record highs, New Jersey hospitalizations -- 2,115 as of Sunday night -- are at about one third of what they were at the end of April. Treatment is more effective now than it was at the onset of the pandemic, which may translate to fewer and shorter hospitalization and ultimately, less tragedy. On the other hand, hospitalizations lag increases in cases and deaths lag increases in new admissions, which means the full impact of the latest coronavirus surge may not yet have fully materialized in those regards.

There are also significantly more tests being administered now than in the spring, which could also be leading to higher case counts.

Fourteen new confirmed coronavirus deaths were reported Monday to bring the statewide total to 14,779 since the start of the pandemic.

The new action on crowd limits in New Jersey is potentially one outcome of an emergency weekend summit convened by Cuomo with other Northeast governors, many of whom rolled out new protocol over the last week to stem their states' soaring rates of virus spread.

The country recorded more than 1 million new cases last week alone, including 156,416 on Saturday, which marked the eleventh day in a row that the United States recorded more than 100,000 daily cases. It now has well more than 11 million confirmed cases. More than a dozen states, including Pennsylvania, broke daily records of cases this weekend. Georgia was the only U.S. state to report a two-week decrease.

Experts say life in the U.S. won't return to any semblance of normalcy until there is an effective and widely available vaccine. That may not happen for months, despite encouraging news from Pfizer. Moderna followed up with its own positive news Monday, saying it expects to file for emergency approval of its vaccine in the "coming weeks," with 20 million doses ready to ship this year.

Even when a safe, effective vaccine is approved, delivery and distribution to millions of Americans remain a mammoth challenge for governors.

Murphy reiterated Monday that the state's health officials are working on a plan to equitably distribute the vaccine with front-line workers and other essential worker prioritized.