New Jersey has confirmed its first cases of the highly contagious UK variant of the coronavirus as the state looks to ramp up its vaccination program.

On Friday, New Jersey reported two lab confirmed cases of the UK COVID variant B.1.1.7. One was in a child traveler staying in North Jersey who tested positive in New York and the other was in an Ocean County man in his 60s with no travel history or clear exposure, Health Commissioner Judy Persichilli said. The Ocean County man has recovered.

Murphy said Friday that he wasn't surprised by the variant confirmation as they had assumed the new variant, which has been confirmed in neighboring Pennsylvania and other states, was in New Jersey.

Scientists in the U.K. said they believe the variant is more contagious than previously identified strains. The vaccines being given now are thought to be effective against the variant, officials have said.

On Friday, the mega site at the Atlantic City Convention Center in Atlantic County opened, bringing the total number of mega vaccination sites in New Jersey to six. The AC site could eventually serve 3,000 to 5,000 people a day, Persichilli said. 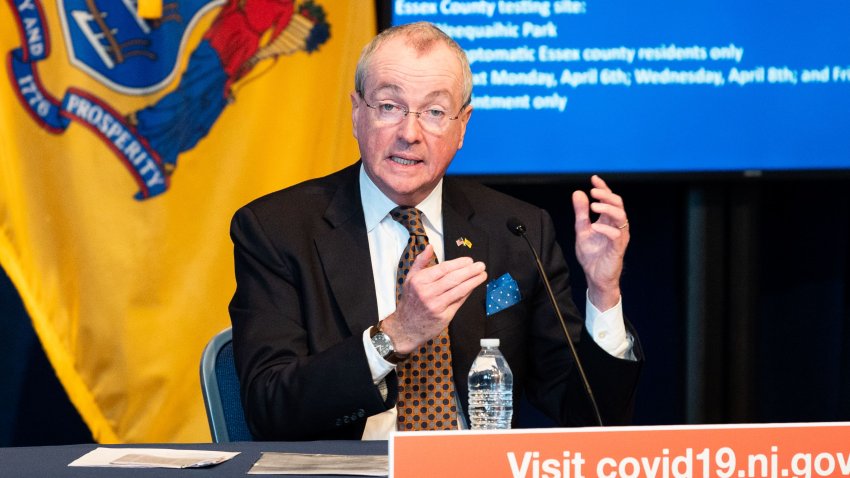 ‘All We Are Missing Are Vaccine Doses,' NJ Gov. Murphy Says 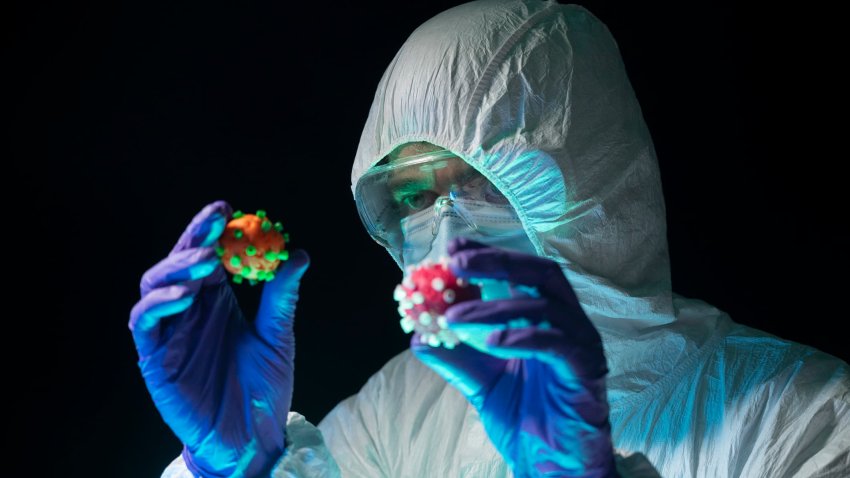 New Jersey has cleared millions to begin receiving the vaccine. Among them are health care workers, first-responders, those 65 and older and people 16-64 years old with medical conditions (including smoking, which is a risk factor for the virus).

New Jersey has the infrastructure set up to start vaccinating more people against COVID-19 but doesn't have the supply of shots to meet demand, Murphy said Tuesday. The state has been getting about 100,000 doses a week.

“We need the vaccine supplies to ramp up out of Washington," Murphy said at his Friday afternoon news conference.

To date, more than 500,000 COVID-19 vaccine doses have been given in New Jersey, most as first doses.

"We have built a vaccine infrastructure that can handle this job," Murphy said. "We need the doses. I have complete faith that the Biden Administration will get us to where we need to be."

Murphy on Friday explained that the government is divvying out vaccines in two ways, directly to states and to pharmacy partners like CVS and Walgreens. The pharmacy companies are charged with giving out vaccines to congregant living centers.

Those does aren't included in the 100,000 weekly doses the state is getting, Murphy said. He noted that the state has been far more efficient in using its allotment.

"We’ve been able to get between 50 to 70%, depending on the day, of the vaccines we control into the arms of our residents," Murphy said. "Our pharmacy partners are only distributing around 10%."

He said he is pushing for the doses to be given quicker at long-term care facilities.

"I understand the anxiety of residents who are waiting to be vaccinated," Murphy said. "Frontline workers go to work every day not knowing if they’re going to be exposed. Older residents and those with chronic conditions have been living in isolation for protection. We need the doses for them."

He said he wants people who live and work in New Jersey to get the vaccines and asked people from Pennsylvania to not come over for doses ahead of people in the Garden State.

On Friday, another 3,694 PCR test confirmed COVID-19 cases were reported to bring the statewide total of cases to more than 584,000 since the start of the pandemic. More than 66,000 antigen test-confirmed cases have been reported.

Hospitalizations dipped to more than 3,300 as of Thursday night, with more than 600 patients in intensive care.

Murphy noted that daily cases and hospitalizations are trending down in recent days but that they are still too high.

The positivity rate as of Monday was 10.10% and the most recent rate of transmission was 1.04.

Murphy announced another 118 deaths attributed to the coronavirus. At least 18,754 deaths are confirmed with another 2,121 deaths suspected to be related to COVID-19.