Gov. Phil Murphy and New Jersey officials tour a coronavirus vaccination megasite at Rowan College of South Jersey as they look to get more people vaccinated

As New Jersey works to get more people vaccinated against the coronavirus amid a slower-than-expected rollout, the state is opening megasites around the state aimed at vaccinating thousands daily.

On Monday morning, Gov. Phil Murphy and state officials toured the Rowan College of South Jersey vaccination site in Gloucester County that opened Friday. You can watch Murphy's remarks following that tour below.

Murphy called the Rowan site "very impressive." He said thanks to the Rowan site and others, the state wouldn't be "caught flat footed" once the federal government releases more doses.

The coronavirus vaccine rollout has been slower than Murphy would like. On Monday, the state started reporting doses given so far on its Coronavirus Dashboard. As of Monday morning, nearly 200,000 people had gotten a first vaccine dose, with 15,000 of them already having gotten a second dose.

“We don't have the supply from the feds that we need, there's just no question about that,” Murphy said last week while touring the Morris County site. “I like everything we're doing inside the state to get prepared, things like today. But they don't have the doses that they ultimately could use when they're at full capacity. This is going to take some time.”

The Rowan site and one in Morris County opened last week. Four more large-scale vaccination sites are planned, including at the Atlantic City Convention Center and Moorestown Mall. The Garden State is planning hundreds of smaller sites in addition to the six megasites.

In New Jersey, inoculations so far have gone to health care workers, people at long-term care facilities, firefighters, police officers and other first responders in the 1A and 1B vaccination groups. Murphy has said the state wants to get those at the highest risk and the most vulnerable vaccinated first. 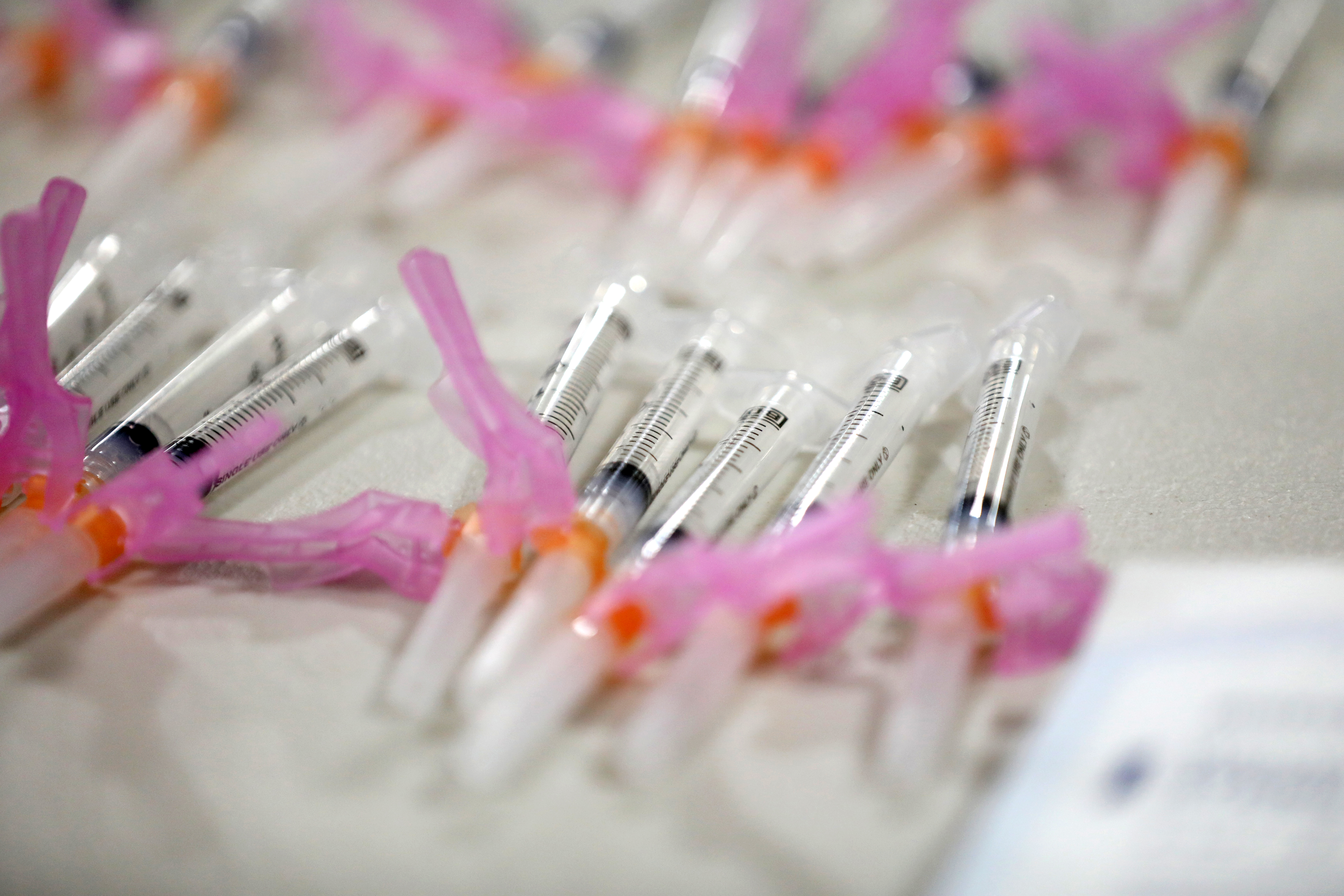 "The demand is much greater than the supply," New Jersey Health Commissioner Judith Persichilli said Monday. "We wish we had enough for everyone."

Last week, Murphy and health officials toured a vaccine megasite that opened at a former Sears store at Rockaway Townsquare in Morris County.

About 1,000 people per week will get the vaccine initially at the Morris County and Rowan megasites, but officials hope to see that number rise to more about 2,400 per day over the next several weeks. That will depend on how many doses that state receives from the federal government, which has lagged so far, Murphy said.

More people in New Jersey are getting the coronavirus vaccine in more places, including local supermarkets. As NBC10's Ted Greenberg shows us, additional options are on the horizon for those who will be eligible.

Ultimately, the state's goal is to vaccinate 70% of the population, or about 4.7 million people, within six months.

With more than 5,000 new cases reported Monday, New Jersey had nearly 533,000 positive PCR tests since the start of the pandemic. More than 57,000 positive antigen tests have been reported.

With 51 new deaths reported Monday, nearly 18,000 deaths are confirmed to be from coronavirus-related complications. More than 2,000 other deaths are suspected to be due to COVID-19 complications.

Murphy noted Monday that the state is likely seeing the ramifications of indoor holiday gatherings in its numbers as the rate of transmission has pushed to 1.09. As of Jan. 7, the positivity rate was at 11.32%.

"We anticipated an increase in positive tests coming of out the holidays because of people letting their guard down," Murphy said. "We’re now experiencing that."

Nearly 3,700 coronavirus patients were hospitalized in New Jersey as of Sunday night, about 650 people were in intensive care. Murphy said hospitalizations are mostly staying stable, but fears that could change for the worse.

Amid a school year during the pandemic, Murphy on Monday announced that he signed an executive order waiving the graduation assessment test for the Class of 2021 and removing student growth objectives from educator evaluations.

He also said the state's education department would extend the time in which certified teachers can serve as substitutes.

"This is not a regular school year. We have to be more flexible and more understanding," he said.