Wages Are Rising, But Inflation May Have Given Workers a 2% Pay Cut

Workers saw their hourly pay in June jump at the fastest clip in more than a decade. Yet some of them saw those gains erased by high levels of inflation.

"Real wages" — a measure of income after accounting for the cost of goods and services people buy — fell by almost 2%, on average, last month compared with 2020. Senate Republicans said Wednesday that Americans were getting a pay cut as a result.

"The staples of American life are increasing exponentially," according to Sen. Tim Scott, R-S.C., who cited examples like higher prices for gas, laundry, airfare, moving costs, hotels, bacon and TVs. 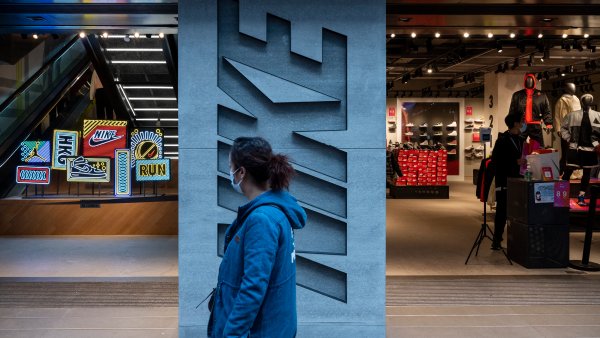 More from Personal Finance:
Walmart to pay 100% of college tuition and books for its associates
How much vaccine lottery winners could owe in taxes
Ways to make your monthly child tax credit payments grow

The thrust of the argument — that inflation eats into rising wages — is true, according to economists. Still, there are many nuances, they said.

For one, whether a consumer got a pay cut or not depends on their individual earnings and the things they buy.

"If prices are growing faster than wages, then people are getting inflation-adjusted pay cuts," according to Michael Strain, director of economic policy studies at the American Enterprise Institute, a right-leaning think tank. "Ultimately, this varies dramatically for every individual."

Plus, inflation has been volatile and may prove temporary — meaning a reduction in buying power could be short-lived, economists said.

Average hourly earnings rose 3.6%, to $30.40, in June compared with the same month in 2020. That's the biggest spike since January 2009, according to data compiled by the Economic Policy Institute.

Meanwhile, the consumer price index, a measure of inflation, jumped 5.4% over the same period — the most since August 2008.

Together, this amounts to a 1.7% loss in buying power, on average, when factoring in seasonal adjustments, according to the Bureau of Labor Statistics.

"Inflation is a tax," said William Foster, a vice president at Moody's Investors Service. "That's the best way to think about it."

Inflation most impacts lower earners, who spend more of their average dollar on gas, food and other items that may be rising in price, Foster said. Wealthier individuals, who tend to hold more financial assets like stocks or homes, may be better able to offset the impact of inflation, he added.

But not everyone necessarily got a pay cut as a result. The 5.4% jump in annual inflation is an average of many items — and households aren't necessarily buying the ones that are getting much costlier.

For example, the metric includes prices for used cars and trucks, which are up about 45% from June 2020 — their largest change on record. That price shock wouldn't hit someone's wallet unless they bought a used car.

Similarly, gasoline prices are up 45%. That extra cost would be borne by drivers, though perhaps not city residents who ride public transit.

By comparison, food prices are up just 2.4% over the same time, lower than the broader inflation measure.

The consumer price index also doesn't account for shifts in the behavior of consumers, who may change what they buy to avoid these higher costs.

For example, one might switch to chicken from beef to save money, or delay buying a car until prices fall.

"People respond to price changes by shifting their consumption," according to Noah Williams, an economics professor at the University of Wisconsin-Madison and an adjunct fellow at the Manhattan Institute.

The personal consumption expenditures price index, another measure of inflation, accounts for these shifts. The Bureau of Economic Analysis hasn't yet issued the figure for June. But in May, the PCE index was 1.1 percentage points lower than the consumer price index annual reading (3.9% versus 5%) — which indicates consumers bought lower-cost goods.

However, these shifts still impose a cost on consumers, if not an explicit one, according to Casey Mulligan, an economics professor at the University of Chicago.

"They're trying to minimize the evils, but they're both evils," said Mulligan, who served as chief economist of the White House Council of Economic Advisers during the Trump administration.

There's also reason to be wary of overinterpreting inflation and wage figures as the U.S. economy rebounds from the Covid-19 pandemic, according to economists.

That's due to economic distortions caused by the virus. For example, consumer prices fell early in the pandemic. Comparing prices today to lower prices a year ago will naturally cause inflation readings to seem high.

Similarly, wage data may be skewed by a disproportionate number of layoffs among low-wage workers during the pandemic. In April 2020, for example, average hourly earnings jumped 8% (the highest on record) even amid mass layoffs, since more high earners remained in the workforce.

The same may be happening now, but in reverse. As the economy rebounds and lower-wage workers are rehired, average earnings may appear suppressed.

"It could be a little misleading" to suggest workers are getting a pay cut, according to Susan Houseman, research director at the W.E. Upjohn Institute for Employment Research.

"[The composition of the workforce] is especially changing during downturns and recoveries, so one has to be careful about interpreting these data," she said.

It's unclear whether higher consumer prices and wages are temporary or longer-lasting, according to economists.

However, at least some of the inflation can be explained by likely short-term dynamics, like supply constraints and a surge in demand as consumers emerge from a pandemic-induced hibernation, they said.

For example, high recent gas prices were caused partly because major oil-producing nations couldn't reach agreement to raise oil supply in early July, according to AAA. And a shortage of microchips has led to a spike in car prices.

Some expect inflation to persist, though.

Wages seem to have increased in recent months amid rising demand for workers, according to the Labor Department. Increased pay may be longer-lasting than high inflation, since businesses often don't cut pay after raising it, Houseman said.

"So in that sense, they're stickier."