Something to Celebrate, Together at Home - June 28 through July 4, 2020
Wawa Welcome America

This year's weeklong celebration will be 100% virtual so you can take part in special tours, history lessons, musical performances and more from wherever you call home

The concert will be broadcast on NBC10 and streamed on the station's apps and social media accounts at 8 p.m. on July 4, 2020 serving as a finale to a unique weeklong celebration of America's Birthday in the age of social distancing.

Spanning seven days from June 28 to July 4, this year's Wawa Welcome America festival will be 100% virtual so you and your loved ones can safely enjoy each event from wherever you choose to celebrate.

A daily lineup of events will include health and wellness classes designed by the team at Independence Blue Cross, virtual tours of the city's most popular museums, educational classes focused on reading and the natural world and special events like eSports competitions and musical performances. (See the full schedule below.)

The Philadelphia Orchestra, Philly POPS and U.S. Army's Field Band and Pershing's Own ensemble will perform classic American songs during evening concerts stretched across the week. The Jazz Orchestra of Philadelphia, conducted by Terell Stafford, will also take part in the capstone July 4th concert at The Met Philadelphia as they perform with Erivo. 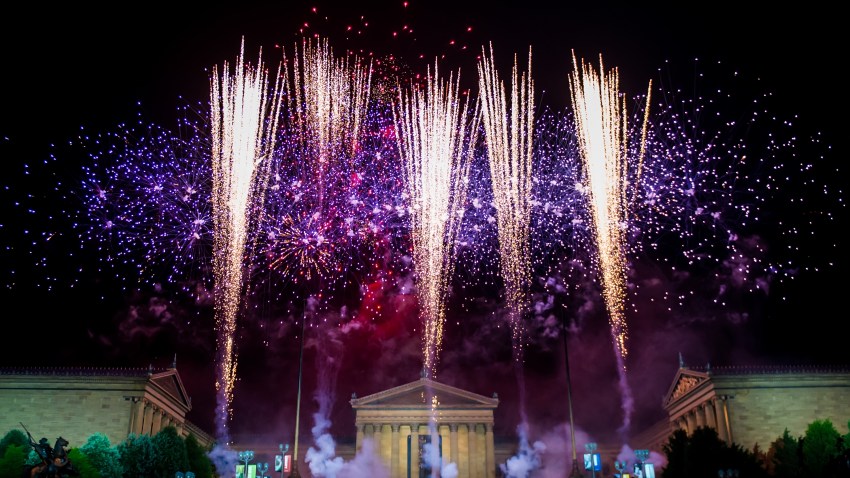 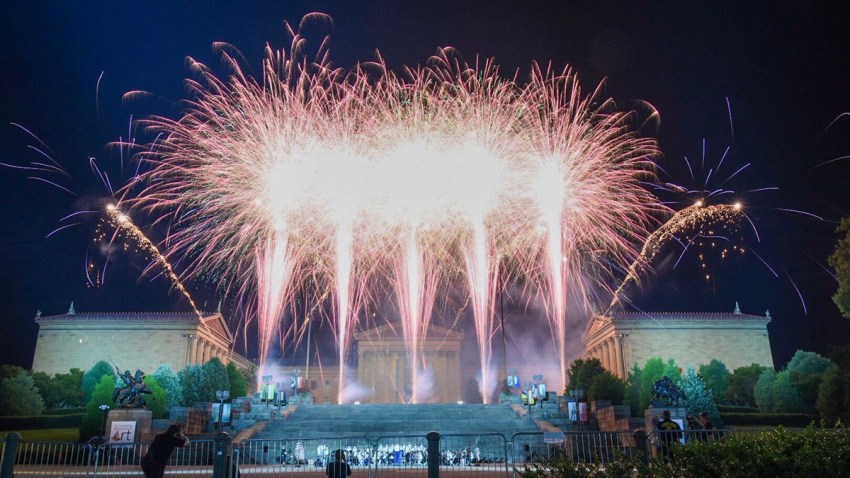 Fireworks Light Up the Sky Above the Ben Franklin Parkway

A star of stage and screen who hails from the United Kingdom, Erivo burst onto the scene in the London and New York stage productions of "The Color Purple." She made the leap to film and television starring in "The Outsiders" on HBO and as Harriet Tubman in Focus Features' "Harriet" among others. Erivo's performances have garnered her Tony, Emmy and Grammy awards and SAG and Oscar nominations.

Erivo will share the Independence Blue Cross stage with Derulo, the multi-platinum singer, songwriter and dancer. Derulo began his career writing songs for Lil Wayne, Pitbull, Diddy and more. Since then, he's had 11 platinum singles, four of which reached number 1 on the Top 40 charts, including “Want to Want Me,” “Whatcha Say,” "In My Head," "Ridin' Solo," "Don't Wanna Go Home" and "It Girl."

Derulo and Erivo's performances at The Met Philadelphia will take place without an in-person audience to protect everyone's wellbeing amid the ongoing coronavirus pandemic.

The concert will be broadcast exclusively on NBC10 on TV and streamed on NBC10.com, the free NBC10 smartphone and TV apps as well as YouTube and Facebook. NBC10 and Telemundo62 are the official media partners of Wawa Welcome America.

Here's a full schedule of events. Tap on the date to see what's happening that day.