Will There Be a Dry New Year's Eve for Fireworks Celebrations?

Earlier fireworks displays on Friday are looking drier than the midnight celebrations, according to the NBC10 First Alert Weather Team. Here's the latest forecast for New Year's Eve.

After Friday morning's fog, mist, drizzle, and low clouds slowly lift and burn off in the afternoon, temperatures should hit the upper 50s with mostly cloudy weather, according to the NBC10 First Alert Weather Team's newest forecast.

Will the cloudy weather clear out for New Year's Eve fireworks in the evening? That's a tough one.

The evening does look mostly dry and definitely mild, with temperatures staying in the 50s throughout New Year's Eve.

For fireworks enthusiasts, the celebrations will be better, with a higher and thinner cloud deck and completely dry weather. By midnight, the forecast is a bit more mixed, with mostly dry weather but some showers very close to the area. 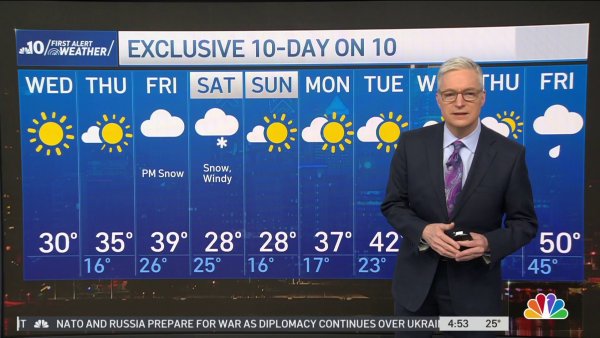 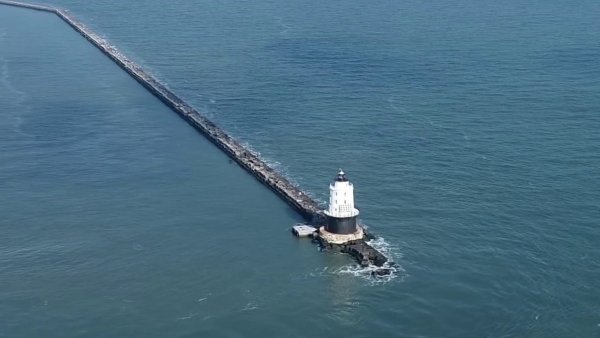 The cloud deck, meanwhile, will also be thicker and lower, which may obscure some of those late fireworks displays. Temperatures will still be near 50. Steadier-to-heavier rain will develop early Saturday morning.

The 11,875-pound sphere made its way up and down the pole it will descend on New Year’s Eve so organizers could ensure it was ready to go.

Rain will lift north of the area later Saturday and temperatures will spike into the 60s late Saturday and Saturday night. More showers & thunderstorms will develop overnight Saturday into early Sunday morning.

Another break in the rainfall is likely early Sunday before scattered showers & a few t-storms cross the area Sunday afternoon and evening. Highs Sunday could be near or exceeding record warmth in the 60s. The record high Sunday for Philadelphia is 67 set back in 1876.