At least one person is hurt after a car crashed into a toll booth on the Pennsylvania Turnpike in Bristol, Bucks County.

Officials say a vehicle traveling in the westbound lanes and coming from New Jersey struck a toll booth at the Delaware River bridge toll plaza. The Delaware River Bridge connects the NJ and Pa. Turnpike systems. The crash caused the vehicle to overturn.

Officials say no one was inside the toll booth at the time of the crash but the driver of the car was hurt. He or she was pulled out of the vehicle and taken to the hospital. Officials have not yet revealed the victim's condition. 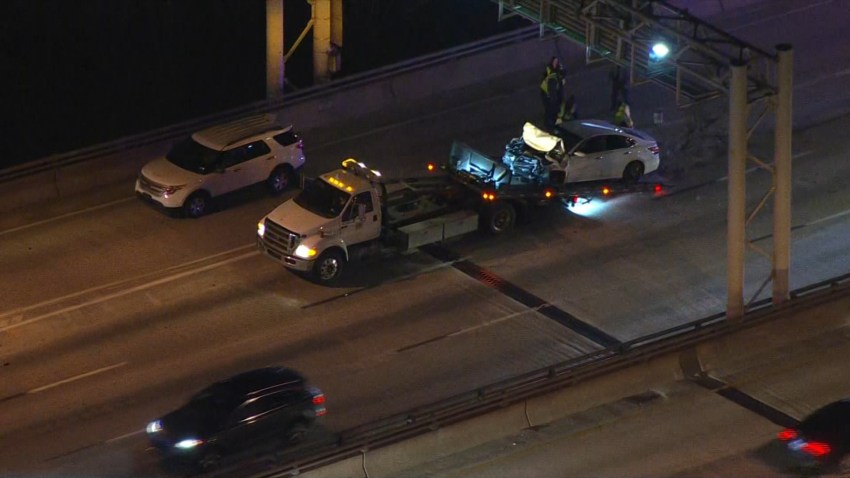 All westbound lanes from New Jersey to Pennsylvania were blocked for several hours at the toll plaza. Most of the westbound lanes later reopened however, two toll lanes remain closed for repairs.