Here's the New Way You'll Be Confused When Parking in Philly

The Philadelphia Parking Authority plans to replace all existing parking meters and kiosks with 'green' solar-powered 'Pay-by-Plate' kiosks by the end of summer. Here's what you need to know.

Parking in Philadelphia can be frustrating and confusing. Get ready to add a new way of paying for street parking that could be replacing the way you might already know.

Solar-powered “Pay-by-Plate” kiosks will replace the existing parking payment technology. The plan is to first replace all the Center City parking slip kiosks and meters in the next few months and then expand the new payment machines throughout the city.

“The installation of all new pay-by-plate kiosks should be complete by the end of summer,” PPA Executive Director Scott Petri said Tuesday.

The PPA first unveiled the touchscreen solar-powered parking kiosks last fall, testing out 50 of the new units along Arch and Race streets between 4th and 12th streets.

“Philadelphians love the new meters,” Petri said. He noted that the volume on some meters has been so great that the solar-powered batteries were running out. He said the PPA is working on increasing battery capacity. 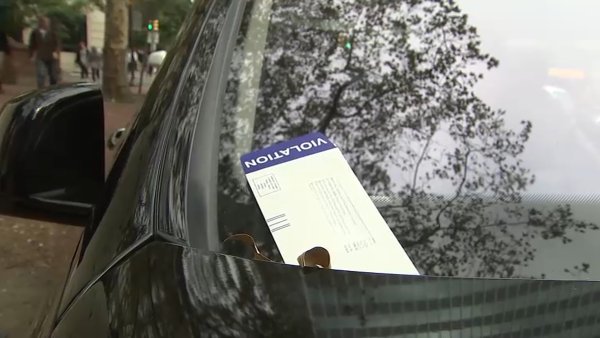 Nearly 6 Million & Counting: Philadelphia Parking Tickets Are on the Rise Since 2016

This all could be very confusing, especially to someone who doesn't normally drive in the city. So, here's an attempt to clarify some of the new parking technology.

“New pay-by-plate kiosk customers will be required to enter their license plate number along with the parking zone number and then select a preferred payment option, either coin, credit or debit card,” Petri said. That’s right, no paper money.

You won’t get a paper receipt to place on the dashboard. Instead, your car data and the amount of time you paid for will be collected.

The PPA enforcement officers then can verify the payment by scanning the license plate of the parked car, the PPA said.

The new PPA meters mean less back and forth

Gone are the days of having to go from your car to the kiosk to pay and collect your receipt before going back to your car to put the little piece of paper on the dash.

The Philadelphia Parking Authority showed off its new solar-powered parking kiosks Tuesday. The parking agency says the new kiosks, which feature “pay-by-plate” technology, should last longer and be easier to use.

There are some caveats to the new PPA kiosks

You must properly enter you license plate number or risk getting ticketed. So, it’s probably good to memorize or to get a license plate keychain tag like the ones Petri said the PPA offers for free.

If you want a receipt you can still choose to print one or get it via text message.

You can choose multiple languages including English, Spanish, French and Mandarin.

People already using the meterUP app to pay for parking shouldn't see any major change in how they pay to park.

The PPA hopes the new kiosks not only make paying for parking easier, but last longer

The stainless kiosk housing along with polycarbonate solar panel and touchscreen, rather than mechanics, should allow the kiosks to last longer --about seven to 10 years each, the PPA said.

Now, if only finding a parking space (and then deciphering the signs) could be a little easier.