Twice wrestled to the ground during the match, England captain Harry Kane finally evaded the Tunisian defense just as time was running out.

Kane found an open area of space at the far post and used his head to meet Harry Maguire's flick-on, scoring the winning goal Monday in a 2-1 victory at the World Cup.

It was relief for Kane and Gareth Southgate, who leapt into the air in delight as his World Cup debut as a coach got off to a winning start. 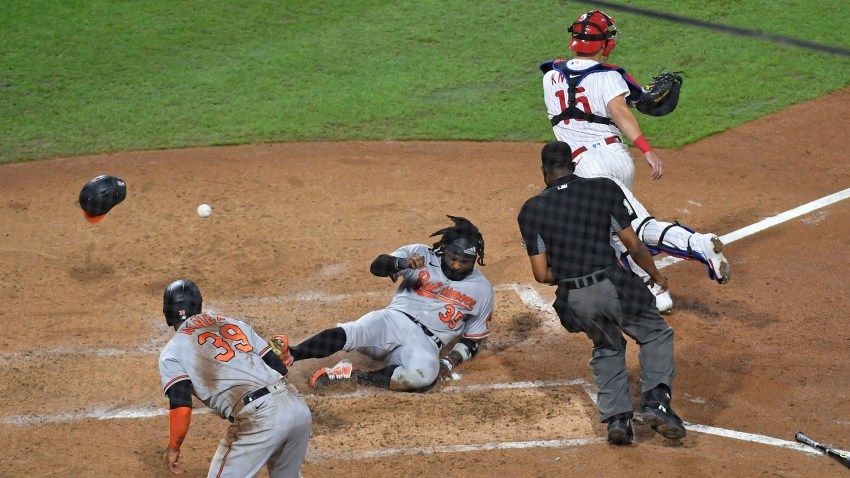 England shouldn't have found it so tough in its Group G opener against such opposition. Not after Kane got England off to a perfect start with an 11th-minute tap in. But after Kyle Walker softly conceded a penalty that Ferjani Sassi converted in the 35th, many of the fouls went against England.

"Maybe there was a bit of justice at the end," Kane said.

After a scoreless run at the 2016 European Championship, Kane is finally showing the predatory instinct in front of goal that has served Tottenham so well.

Euro 2016 ended in humiliation for Kane and England with a loss to Iceland in the last 16, but the team has been transformed by Southgate. For all the placidness and togetherness within the group, Southgate has added persistence and doggedness.

At the last World Cup, England couldn't even win a game. Low expectations for this year's overhauled team were dispelled early in Russia when Kane reacted quickly to score after John Stones' header was saved. But England struggled to finish it off.

When Walker's flailing arm caught Fakhreddine Ben Youssef, a penalty was awarded and Sassi slotted it in to equalize.

England's players later thought they deserved a similar call when Kane was brought down in the opposite penalty area, but the referee disagreed.

Kane was pushed to ground again after the break, this time by Yassine Meriah, but again nothing was given.

"You go until the last second," Kane said, "and I'm absolutely buzzing."