CHESTER, Pa. - It's only been a week, but Jim Curtin is feeling optimistic.

Following a week of pushing his team through training at The Power Training Complex, Curtin didn't hide his excitement over this particular group, which takes to Clearwater, Florida, on Tuesday for the next phase of their preseason. He likes the variety, and more importantly, the experience. 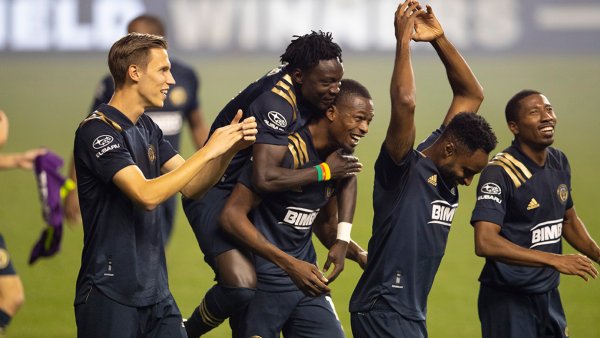 "We have a good young group with a good mix of veterans that can show the way," he said. "It's exciting, the core group of guys has been in two [U.S. Open Cup] finals and a disappointing playoff loss. There's hunger to take that next step and that next step is the hardest one, it's a big one."

One benefit to returning 21 players is that the Union get a head start on chemistry. Still, the club is using its stint in Florida, which runs through Feb. 25, to build on that heading into their first match of the season against the Vancouver Whitecaps on March 5.

"It's not going to be a new team but it'll give us the opportunity to get to know each other well, play together as a team and build on the identity that we began to create last year," defender Josh Yaro said. "It's about gaining confidence and getting ready for the season opener. Everything we're doing now is going to be focused on getting a result in Vancouver."

But to get ready for Vancouver, the Union will need to shake off the end of last season. Despite a strong start, the club went winless in its final eight games of the season, including a first-round playoff exit at the hands of Toronto FC.

"We're all moving forward and you can tell it with the atmosphere that we have and in the training sessions," forward C.J. Sapong said. "Everybody is glad to be back and want to take it a step further this season."

Florida camp also gives the Union a chance for evaluation. Whether it's competition at center back between Josh Yaro, Ken Tribbett and Oguchi Onyewu, left back between Fabinho and Giliano Wijnaldum or forward between Jay Simpson and Sapong, Curtin, there are big decisions to make.

"It's to be determined and a work in progress," Curtin said. "There will be healthy competition, just like there is at all spots. That's [Union sporting director Earnie Stewart's] one thing, it's creating that. Tough choices for me, though, so that's good."

With that in mind, Curtin is ready to take the next step with a team he feels good about.

"There are 21 other teams that think they have something special too, so I'm not naive," Curtin said. "But I really like where our group is at. Everyone is contributing in a real positive way and the locker room is tight. That part of things goes a long way."