It’s really easy to exist in the realm of second guessing, where hindsight is always 20/20 and you can never make the wrong decision. It’s what bloggers and writers do on a daily basis, even when a spurious move ends up working out for the best.

Wednesday morning, we had another one of those moments to talk about, thanks to Phillies manager Charlie Manuel, who may or may not have cost the Phillies the win thanks to his curious decision making in the top of the ninth inning in Tuesday night’s loss to the Diamondbacks.

If you missed it, here’s the dish: The Phillies held serve against the D’Backs heading into the top of the ninth, with a 2-1 lead and Roy Halladay on the hill to start the inning. Doc was around 100 pitches, and had been cruising through the opposing lineup, culminating with him striking out the side in the top of the eighth, when he looked as good as he had all evening.

The inning started innocently enough, with Doc allowing a leadoff single to Justin Upton after nearly setting him down on strikes with a beauty of an 0-2 pitch that just missed the inside corner. Miguel Montero then served one into left field to put runners on first and second for Chris Young, who is not without a decent amount of power and speed, and could thusly turn a win into a loss for the Phillies. 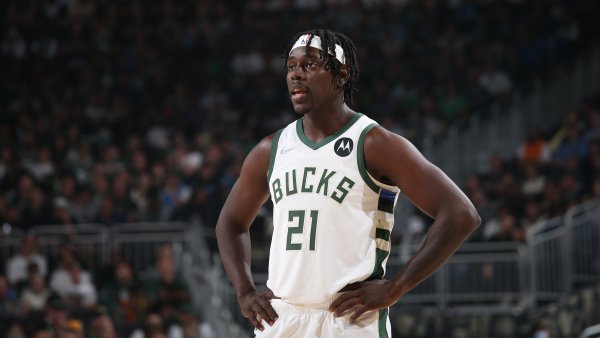 It is at this point that we reach the first real decision that Charlie Manuel has to make in the inning. With his ace above 100 pitches, but not really looking to be gassed, does he stick with him or to go the bullpen, where both Antonio Bastardo and Ryan Madson were warming up and appeared ready?

The Skipper stuck with his guy and watched as he struck out Young, who was trying to bunt the runners over. One away. Next up was the left-handed hitting Lyle Overbay, he of a .227 average in 2011 and, for all intents and purposes, an easy out, despite the fact that he was 2-for-3 with an RBI on the night.

Again, Charlie could have gone to the ‘pen to send either Bastardo (who owns lefties) or Madson (who owns everyone) to take care of a guy who already had a pair of hits off Halladay. He didn’t, and Overbay made him pay with a double to right that scored both runners and gave the D’Backs a lead that they would not relinquish.

From here on out, it doesn’t really matter that Charlie left Roy in to finish the inning, even though it was a poor decision to let the starter labor to get two more outs to end the inning despite having two fresh arms ready to take his place.

What does matter, however, is Charlie’s decision to not pull Roy after he put the first two runners on base. Despite Halladay’s ability all night and the fact that he’s Roy Halladay, it doesn’t mean that he is not precluded from getting tired in the late innings of a game in August. But that fact seemed to be lost on the manager, who stuck with him despite the fairly easy decision to pull him.

I’ve said it before, I like Charlie. I think he is a swell guy, and his players seem to enjoy playing for him. For proof of this, look no farther than Jim Thome’s comments about him after he hit his 600th homer. He adores Charlie, and I suspect that he is not alone in that regard. However, his fierce loyalty to his players does sometimes come back ‘round to bite him in the hide, whether it’s leaving Raul Ibanez in the lineup despite a massive slump or letting Brad Lidge close because “he’s my guy,” that sort of thinking ultimately can undermine the manager’s ultimate goal of winning the game.

And I think that’s what happened last night. According to David Hale (who runs a fantastic Phillies blog, by the way), that’s what Charlie thought, too.

“There was no discussion,” Manuel said. “That was his game.”

A part of me applauds that kind of confidence that a manager has in his players, because part of a manager’s job is to create an environment that is conducive to and exemplifies winning, but another part of me wonders just why on earth did Charlie leave Roy in with Madson and Bastardo were waiting in the wings?

I think it comes down to loyalty and wanting to see your ace get the job done. I get that, and truthfully, I’m not terrible crushed by that loss, because it’s not as if though the Phillies are scrapping to get by in the division. That isn’t to suggest that they should ease off the gas, but it’s more of an indictment of just how well they’ve been playing and how well they will continue to play, so one loss to a good team doesn’t sting now like it did back in May or June.

But sometimes I would like to see the Skipper make a move, even if it means having to be unpopular with that player for that moment, because ultimately, it’s about getting the W.