Our movie-inspired mask suggestions for goalies; what are yours?

Last week, Wysh introduced us to the "Saw V" inspired goalie masks that Tampa Bay Lightning keepers Olaf Kolzig and Mike Smith will wear to promote the latest edition of the successful horror franchise. We've also seen Ottawa Senators goalie Martin Gerber break out his "Darth Gerber" mask this season, but since there hasn't been a "Star Wars" movie featuring Darth Vader in three years, I think he just went for the black paintjob instead of any sort of promotion campaign.

It got me to thinking what goalies around the National Hockey League could use movie-inspired artwork covering their craniums:

Burn After Reading: Vesa Toskala's mask reserved only for shootouts. 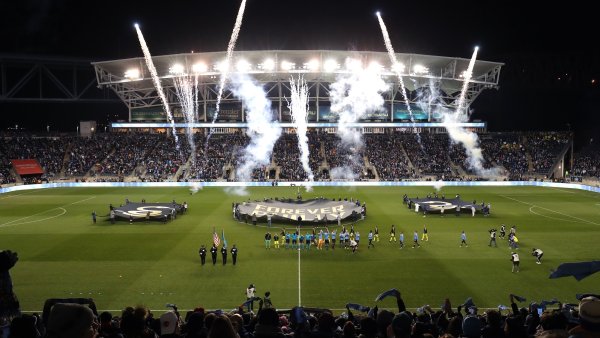 Superbad: Dan Cloutier, because teams are typically better off without him. And because he has Jonah Hill's five-hole.

No Country for Old Men: Curtis Joseph. At age 41, CuJo is trying to keep up with the kids. May have also once killed a man with a captive bolt pistol. At least that's what Bruce Garrioch reported.

What Just Happened: Jose Theodore. Hart and Vezina Trophy winner in 2001, then he slips on ice (off the rink), gets busted for Propecia and he hasn't been the same.

The Passion of the Christ: Carey Price who, if he can deliver a Stanley Cup to the Montreal Canadiens, might have his own university class in his name.

The Replacements: Michael Leighton. He's putting an incredible amount of pressure on Cam Ward to stay as the Carolina Hurricanes number one.

A Nightmare on Elm Street: Rick DiPietro. Or Hempstead Turnpike for that matter. Just when that 15-year contract was looking like a good idea, the Islanders goaltender has surgery on both of his hips and now has some sort of undisclosed injury.*

Sky Captain and the World of Tomorrow: Roberto Luongo.  He can do much more than a simple "C" on his mask by letting the world know he is indeed the captain ... and how he might have opened up a can of worms.

Little Shop of Horrors: Martin Biron/Antero Niittymaki. Nothing seems to have gone right in the early going for the Philadelphia Flyers. Well, when they don't play the Devils or Thrashers, that is.

*Not an injury if you're within the Islander organization.

For readers who are movie buffs, let's hear your suggestions.  Not a movie fan?  Then go check out Sports Illustrated's gallery of 2008-09 goalie masks to entertain you.