The injured list is Roman Quinn's unfortunate home away from home. And now, the 26-year-old outfielder is back there for the third time this season.

Quinn suffered a strained right groin muscle in the ninth inning of Friday night's game at Citizens Bank Park. It is a similar injury to the one that forced him to spend a month on the IL earlier this season, though not as severe.

The injury comes at a time when Quinn's exciting talents seemed to be coming together. He was hitting .368 with a 1.139 OPS in 13 games in August. He had a double, a triple, three homers and was 4 for 4 in stolen base attempts.

There is probably enough time left in the season for Quinn to make it back, but it's safe to say he'll miss at least a couple of weeks and that's a loss to the Phillies' lineup.

Injuries have been a huge and frustrating issue for the likable switch-hitter who was the Phillies' second-round draft pick in 2011 out of the Florida panhandle town of Port St. Joe.

Quinn has missed significant time in his minor- and major-league career with a torn quadriceps, a torn Achilles tendon, a strained elbow ligament, a torn ligament in his middle finger, a concussion and a broken toe. He missed the start of this season while recovering from an oblique strain suffered in spring training then went down with a groin injury in May.

Mark Appel Makes MLB Debut for Phillies 9 Years After He Was No. 1 Pick 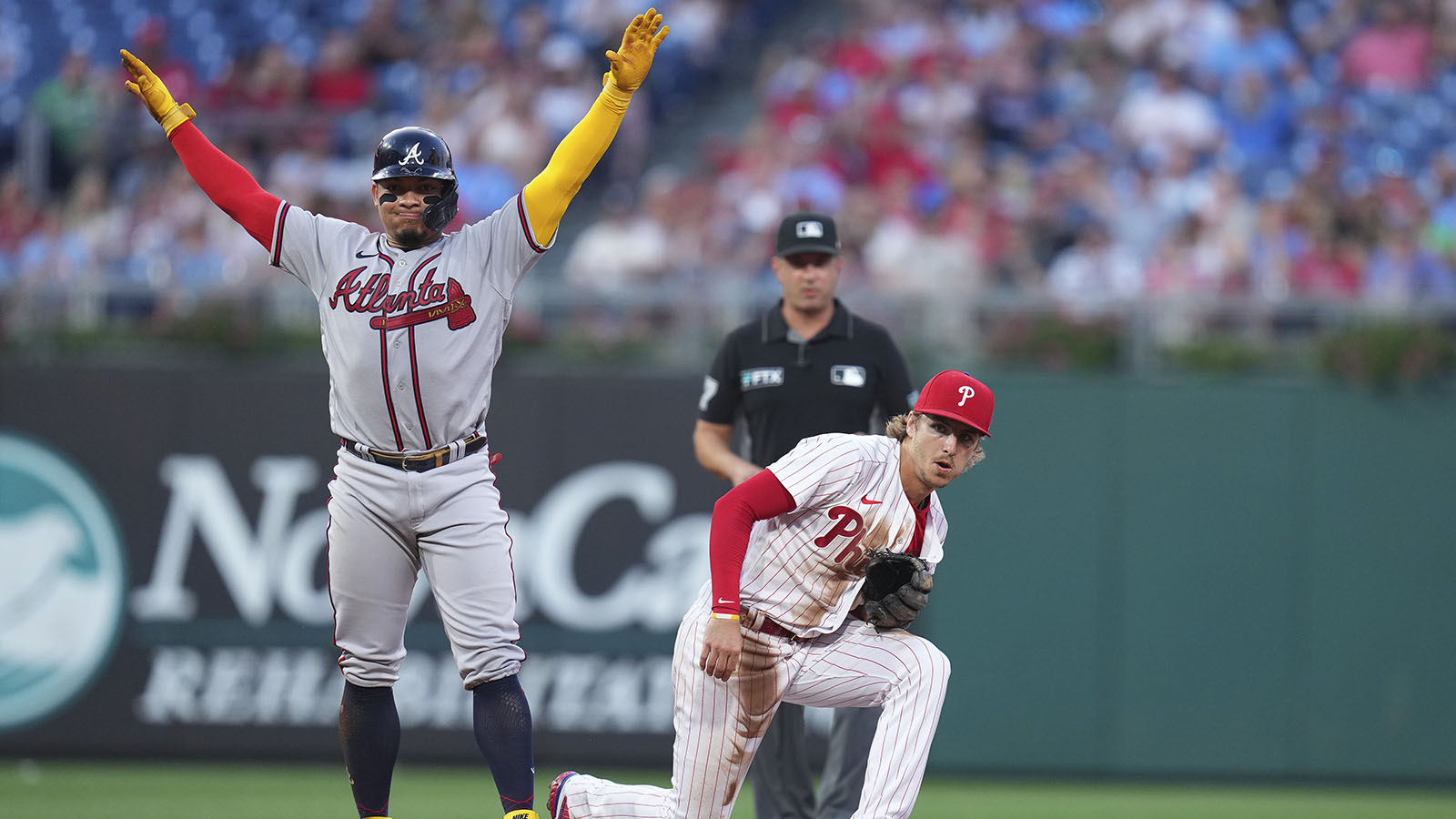 With Quinn out, the Phillies will likely turn to Adam Haseley more often in center field.

The Phillies filled Quinn's roster spot by adding reliever Jared Hughes. He was picked up off waivers from Cincinnati earlier in the week.

There was more injury news Saturday. As expected, Jake Arrieta will have season-ending surgery to clean up a bone spur in his elbow (see story). The surgery will happen before the end of the month and he'll have plenty of time to get ready for spring training. Arrieta is under contract for $20 million next season.

David Robertson will not be ready for spring training. In fact, he probably will not pitch next season. The team said he had Tommy John surgery on Thursday. That typically requires a recovery of at least 14 months.

Robertson, 34, signed a two-year, $23 million deal with the Phillies in December. He ended up pitching just 6 2/3 innings over seven appearances before landing on the IL with a sore elbow in April.

The Phillies have sunk some serious money into veteran relievers and gotten little in return because of injuries. Pat Neshek, 38, signed a two-year, $16.25 million contract before the 2018 season. He pitched in just 30 games last season and 20 this season. He has only pitched once since May 23 and likely will not pitch again for the Phillies. Tommy Hunter, 33, signed a two-year, $19 million deal before the 2018 season. He pitched in 65 games last season but just five this season because of an elbow injury that required surgery.