Bryce Harper is sure keeping his mind and body active in quarantine.

During the coronavirus shutdown, he's set his personal deadlift record of 505 pounds, made headlines while streaming on Twitch, pondered taking batting practice on an empty Las Vegas strip, and this weekend he outlined the kind of 2020 season he'd like to see.

Here was the idea Harper laid out early Saturday morning on Instagram:

Baseball Season: Beyond the health and safety which comes first for all players, staff, workers, fans, and families. ⠀
⠀
Just an idea I have been thinking about.

Off day every 2 weeks on a Monday and Sunday double header 7 innings. ⠀
⠀
30 players. 6 man rotation. Save arms. IF pitchers wanted this. If not no big deal. DH and any other ideas possible.⠀
⠀
Playoffs
2 week World Series. Like Super bowl week. ⠀
⠀
10 teams round robin format College World Series kinda style at the new Texas Stadium or whatever stadium/stadiums are best. 3 game series. You win the series you move on. You lose you play the other loser in a 1 game wildcard. Winner of that moves on. Other team is out. 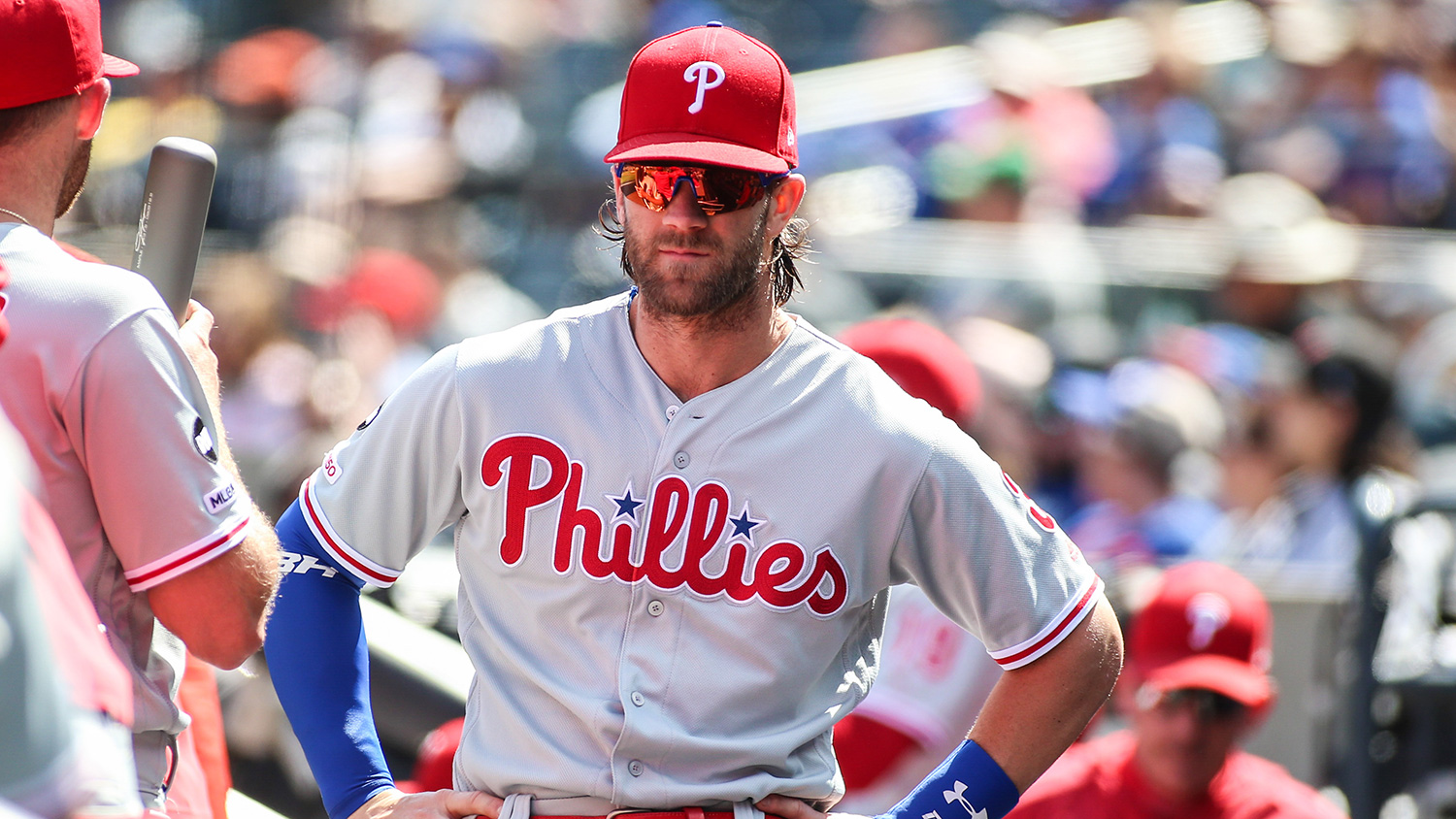 Or you could play it in Vegas so you have the Strip Hotels and could use one hotel for all the guys and contain possibly? ⠀
⠀
2 teams left 7 game World Series. They get 2 days off before the series. With those 2 days off you do a All Star Game and homerun derby. Could do the MLB awards as well at that time.

Open this up on all platforms. No blackouts. Open it for everybody to watch. ⠀

I've said and written repeatedly that I want the 2020 season to be as weird as possible, but even I'm not sure about a 10-team round-robin College World Series-style playoff. The less recognizable MLB's playoffs become, the less seriously some (or many) will take it, especially in a shortened season.

The 30-player roster seems like an inevitability, and six-man rotations make a lot of sense this season. As Cole Hamels recently explained on the Phillies Talk podcast, a starting pitcher going six innings will feel like nine innings for much of the early part of the season.

Harper's got some interesting ideas. Whether or not you agree with the ideas above, it's always beneficial when one of the faces of the game is the one sparking the conversation.